You are here: Home / Interviews With Authors / Interview with Author – Debbie Manber Kupfer 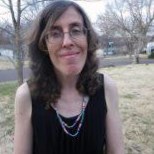 About Debbie Manber Kupfer:
Debbie Manber Kupfer grew up in London and lived in Israel, before somehow ended up in St. Louis, where she works as a puzzle constructor and writer. She lives with her husband, two children, and a very opinionated feline. She is the author of P.A.W.S and Argentum and has short stories in several anthologies including Fauxpocalypse, Shades of Fear, Darkly Never After, Sins of the Past, and Heroes & Villains. She believes that with enough tea and dark chocolate you can achieve anything!

What inspires you to write?
Anything and everything. I like to observe the world around me and will often sit in cafes and other public places watching the world go by. One of my favorite pastimes is people watching and I always have paper and pen handy to write down my observations.

Tell us about your writing process.
I send the kids off to school in the morning, make a big cup of tea and sit down at my computer to write. I don’t turn on the internet immediately, because once I go on Facebook I get sucked in. Instead I write whatever my daily target is each day before I allow myself to play. During National Novel Writing Month that target is two thousand words per day. The rest of year it varies. It could just be 500 words, or it could be editing a chapter, or typing up one of my puzzles.

For Fiction Writers: Do you listen (or talk to) to your characters?
Oh yes, there are often very insistent about what they want to happen. For example in my first book, P.A.W.S. my villain Alistair decided very early on to take over the story and make it primarily about him.

What advice would you give other writers?
Write what you would want to read . . . oh and try NaNoWriMo, it’s really helped me.

How did you decide how to publish your books?
I was fortunate to meet Robin Tidwell the owner of Rocking Horse Publishing at my local writers group . . . and the rest as they say is history.

What do you think about the future of book publishing?
I think the lines between indie and traditional publishing are going to get more and more blurred and a lot of today’s stigma against the indies will go away. I also think the ebook market will explode.

What genres do you write?: Fantasy, anthologies, and puzzles.