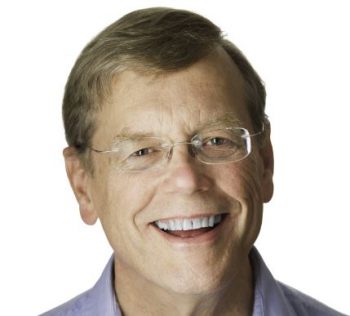 About Dave Riese:
I grew up in Massachusetts and attended Bates College in Maine, majoring in English literature. During my junior year, I studied at Oxford University and traveled throughout Europe.
During the Vietnam War, I enlisted in the Air Force one step ahead of my draft board's invitation to join the army. I married Susan, my high school sweetheart, before my posting to the Philippines at Clark Air Base.
After my service, I was hired by Liberty Mutual Insurance to attend their computer training course. I learned later that the major reason I was hired was my writing and communications background. I’ve often said, "That only goes to show you an English degree is a valuable asset!"
After thirty-five years working in information technology, I retired in 2012 and then sat down for a long talk with myself: “If you want to publish a book, you’d better take writing seriously.”
My first book Echo from Mount Royal is a novel about a young woman’s strange courtship in 1951 Montreal. Your Father Has Something to Tell You is my second novel.
My wife and I live north of Boston; our married children live in New Hampshire and Rhode Island. We have four grandchildren.

What inspires you to write?
I write because only then do I feel truly alive. I slip into my subconscious and live in my characters, giving them parts of myself, but also letting them tell me what they want to do. When I finish for the day, the sense of satisfaction is euphoric. I write to express my thoughts for other people to read. I’m happy to know that my writing interests them, and that, for a short while, I’ve pulled them out of their lives into the lives of my characters.

If I don’t write for a period of time, I lose confidence and become anxious and depressed. Not the nicest person to live with.

And I must mention the American authors that I go back to over and over:
Edith Wharton (The Age of Innocence, The House of Mirth, Ethan Frome), Larry Watson (Montana 1948, Justice), Henry James (Washington Square, The Aspern Papers, Daisy Miller),
William Faulkner (As I Lay Dying), Chaim Potok (The Chosen), Harper Lee (To Kill a Mockingbird)

Tell us about your writing process.
When I start writing the first draft, I may have some ideas, observations, bits of dialogue written down, but I never have an outline. When I am well into the writing and have a clearer idea where the novel is going, I will create a list of the scenes that I must complete to finish. Nothing is ever cast in stone. During the editing process I will find scenes that can be omitted or combined with another part of the book. In some cases, I will write the subject of each scene on a Post-it note and use them to rearrange scenes to clarify plot or to have the characters behave consistently. I always keep a list of minor changes or additions I don’t want to forget.

For Fiction Writers: Do you listen (or talk to) to your characters?
When I sit down to write, I often imagine that I am going to visit friends and spend the day with them. At first I will take charge of the visit to get things started, but eventually they exert their influence and I am content to become an observer. As I write, I watch them acting out the scene and listen to what they say. I often feel the ideas go from my subconscious directly onto the page. Things happen that I never imagined. The characters may begin to act out one of my own experiences. They say things I wish I had said at the time. While in this semi-unconscious zone, I let them do what they want and only rein them in when they risk going off the plot’s cliff.

What advice would you give other writers?
When asked how she wrote so many books, Nora Roberts answered 'Ass in chair.' That's the best advice for aspiring writers. Spend time each week and write. Not ‘thinking’ about writing. WRITE! (Note: I don’t always follow my own advice,)
• Keep a journal to record thoughts and impressions. It's amazing how those notes can inspire you years later.
• Write a first draft without stopping to think too much. Don’t worry about spelling, punctuation, using the right word. Then let it simmer. Finally edit, edit, edit. Sculpt the work with revision after revision. Editing is when the book is created.
• Don't show anyone your work until you've gone over it carefully 5 times.
• Develop a thick skin. Don’t argue when someone offers criticism. Some of ‘my’ best ideas have been suggested by other writers.
• Join a writer’s critique group. You'll learn as much critiquing others' work as you will from their reviews of your work.
• Send out your work to websites that publish new authors — not to make money, but to get your work out there and gain self-confidence.
• Never give up. Don’t panic if you think that you’ve got ‘writers block.’ Sit down and write whatever comes into your head. You are a writer as long as you write. Publishing doesn't make you a writer.
• Take time to live your life. You don't know everything when you're 25 or even 40. I’m still learning at 69.
• Read, read, read. Everything. Never be without a book. Take two with you in case you finish one while you’re away from home.

How did you decide how to publish your books?
In my research about publishing, I was dismayed to learn how long it takes to get a book ‘out there’ using the traditional route. At the age of 68, I didn’t have the time to wait 2-3 years (if I was lucky) before holding a book in my hand. I also realized that I would be responsible for marketing my debut novel no matter how it was published. I also didn’t want to sign away my rights to my book only to see it in the Orphanage of Remaindered Books after 90 days on bookstore shelves. That’s when I decided to independently publish my book. I chose a local company to help me. I liked the personal touch as well as the ongoing marketing support in my local area.

What do you think about the future of book publishing?
I don’t believe that the printed book will ever disappear. Nothing is more satisfying than holding a book in one’s hands. Big publishers will always have the bestselling writers and those authors who want the cachet of a publishing house. But independent publishing will continue to absorb more and more of the market. Independent bookstores are more accepting of taking self-published books on consignment. Independent authors know their audience and are creative in their use of social media. The media industry no longer has a monopoly on telling readers what to read. Every independent book bought by a reader is one less book purchased from a big publisher.

What genres do you write?: Literary – Family Relationships