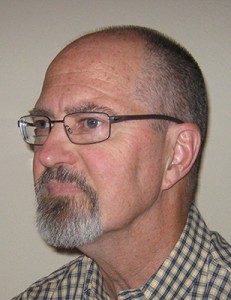 About Dan Groat:
The best way to tell you about me and my writing is to tell you what I believe.

I believe in the uniqueness of each person and that, if given the equality of opportunity, the individual is the best architect of his own destiny. I believe that societal problems are best remedied by small groups, preferably starting with the family; that government should protect people without getting in the way of their lives; that Americans are not guaranteed happiness, but the right to pursue it; that society is both a benefit and a burden that requires giving as well as receiving; that acceptance of cultural diversity includes acceptance of a diversity of opinions; that change is not automatically good; that displaying a devotion to country is a virtue; that individual differences can be served without sacrificing excellence.

I believe deeply in love, loyalty, individualism, self-reliance, liberty, ambition, hard work, competition without trophies for everyone, and that action as well as words is a form of expression.

If you share these beliefs, you might enjoy crawling into the pages of one of my books.

Why do I write? I write to escape and be entertained. I write to communicate and connect. I write to better understand the world and the human condition. I write to strengthen my hope. I write to leave something behind.

What inspires you to write?
Over fifty years ago, I had a high school teacher who praised and encouraged my writing. I didn’t act on that inspiration for decades, but his words stayed with me. Also in high school, I was invited to give a talk to a businessmen’s meeting. I spoke about the importance of communication, and was later pointed towards a college major in journalism by the owner of the local newspaper. I didn’t follow his advice, majoring in engineering instead, but my belief in the message of that speech remains with me today. I am inspired to write because I want to share my thoughts. I want to communicate.

Tell us about your writing process.
I wrote my first two books by the seat of my pants. The first, A Punctual Paymaster, flowed steadily from me for two months until it was finished. There were times when I wasn’t sure where the words were coming from; there were times when it seemed the characters were writing the story.

My second book, An Enigmatic Escape, is a collection of three related stories, a novella, a novelette, and a short story each based on one of three brothers. Again, I had no plan, I just sat down and wrote.

My third book, Monarchs and Mendicants, an action-and-adventure literary mystery, followed a chapter-by-chapter outline with character sketches. Of course, it was a totally different process for me, so, I can’t really say which method I prefer.

My fourth book, Impressions, a collection of 55 short stories and flash fiction, to be published in a few months, was a return to the pantsing method as I wrote a story or two every few days as they came to me.

My fifth book, Pianos and Penance, second in the Gifford Ulrich Mystery Series that started with Monarchs, was written following an outline which I adjusted as the characters and plot dictated during my writing. Pianos will be released in the coming months.

For Fiction Writers: Do you listen (or talk to) to your characters?
When dialog or plot is readily flowing in my writing, I step back and listen to and watch my characters. Often, I am talking to the other characters through the protagonist, but I am listening as other players respond to him. I am occasionally telling the characters what to do and say, but many times I am a visitor to the scenes they play out.

What advice would you give other writers?
My first piece of advice is from Shakespeare, “To thine own self be true.” Trust yourself. Write for yourself. Care about your story. Care about your characters. Care about your words. Care, but don’t fall in love. Maintain a healthy distance so you are both writer and reader.

Whether you stick to a writing schedule or not, you will probably have to fight for your time at the keyboard.

How did you decide how to publish your books?
I followed the prescribed route for attracting an agent and a publisher. I received some positive responses, but nothing that made me feel that my work would be the priority for someone else that it was for me. I naively forgot in the process, that agents and publishers are looking for saleable material above all else. I learned that they are mainly interested in quickly moving plot. Every other facet of literature is secondary in today’s marketplace. So, I self-published my first three books, and I plan to self-publish the next two that are in their final stages.

What do you think about the future of book publishing?
The demand for print books will continue to fade with the vast majority of readers serviced through digital means. Self-publishing will continue to flourish, but I think there will be more firms, not vanity (but niche) publishers, that will try to fit in between traditional publishing and self publishing.