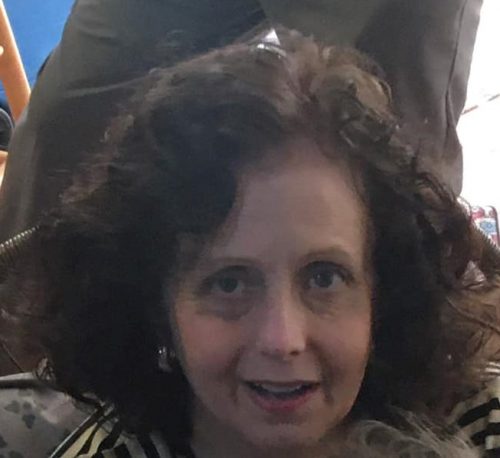 About Cynthia Ulmer:
ynthia Ulmer lives in Navassa, NC, and has the gift of story writing.
Her father, Roy Faulk was originally from Nakina, NC When he graduated from high school, there was no work nearby, so he went to live with his older sister and brother-in-law in Newport News Va. He got work as a pipe-fitter in the Shipyard and met Katie Smith. They married and had Cynthia and her little sister, Laura. The tidewater area was home, but North Carolina was a part of their lives. In fact, it was a big part of many people's lives in that area. Some joked that there should be a sign at the state line that read, “Welcome to Virginia, settled by North Carolina.” One day, a little friend of Cynthia's was crying uncontrollably. When she finally calmed down enough to talk she sobbed loudly to her mother, “Everyone has a grandma or granddaddy from North Carolina but me!” Her family was from New Mexico, and the other children on the block had North Carolina roots.
According to Cynthia , “At night, my daddy would sit with my sister and I on each side of him and show us a map of North Carolina. He would point out Nakina, and the little place where he really grew up, Bughill. Then he would show us Whiteville and Wilmington. It was like story time. We often poured over the map, dreaming of the day we would move to North Carolina, because he never lost his love of home.”
When she was eight, they moved to Leland. She grew up in Leland, went to Brunswick county schools, and graduated from North Brunswick in 1980. She then attended Miller-Motte Business College in Wilmington, graduating in 1983. She married Jerry Ulmer in 1984 and made the move from Leland to Navassa.
She comes from a family of story tellers. As she says, “My Grandma Ellen, used to tell stories to entertain my father and his brothers and sisters. I grew up listening to my family talk, to hearing the stories they made up, and to the tales they told of everyday life. I always wanted to be a writer. I used to make up stories in my head to help myself go to sleep.”
She has written and published a series of six novels based on her imagination and the stories she heard growing up. The Cedar Cove Chronicles is a wonderful series in great need of recognition. Its a wholesome set of books, full of inspiration, drama, laughter, true to life characters and interesting plot lines. Her books will keep you guessing, wanting to read more.

What inspires you to write?
Life inspires me to write. I've always wanted to write, and life events, my family, and my imagination inspire me.

What authors do you read when you aren’t writing?
Betty Smith, Harper Lee, Steven King, and Mark Edwards are among them.
I read lots of authors. My kindle stays on my nightstand and I don't go to sleep without reading.

Tell us about your writing process.
I don't have a set process. I write when I can, taking advantage of free moments when I get them. Life is busy but I manage to find time. I've written early in the morning and late at night.
I have outlined, but mostly my stories are character driven. I've planned characters, but they've also introduced themselves to me out of the blue and changed the whole direction of the story. Luda and Karen did that in Mark, The Cedar Cove Chronicles, Book Five. I hadn't planned on either one of them being in the story, but they made it better. Sometimes my characters take me on adventures that wasn't in my original plan. Mark did in Trudy, The Cedar Cove Chronicles Book Four. I had his character outlined, but he let me know his true nature. I keep most stuff in my head until I get a chance to write it.
As for the actual process, I do the original draft, and then many rewrites.

For Fiction Writers: Do you listen (or talk to) to your characters?
My characters talk to me. They come to me at the strangest times. Luda introduced herself as I was taking a bath one night and Karen came while I was on the treadmill. It's not unusual for one of my characters to wake me in the middle of the night. My inspiration for the first book in my Cedar Cove Chronicles was a vision I had one night. I woke up and could see a young boy walking down the dirt road of a farm. Way off in the background, small and deceptively innocent looking was the old fashioned water well that is on the cover of Todd, The Cedar Cove Chronicles, Book One. I knew right away who the young boy was, his family's situation and that their story had to be told.

How did you decide how to publish your books?
I had a bad start to my publishing journey. I was a victim of the Deering Literary Agency/Sovereign Publishing scam. Afterwards, two other companies who had agreed to work with me went bankrupt and out of business. This was very discouraging and I didn't write for years.
Then I found a self publishing company called I-Proclaim. I published Todd with them but had no control on the price of my work and lots of people complained about that fact. I then did a google search and found Createspace. I moved to Createspace and even today publish through Amazon.

What do you think about the future of book publishing?
I hope the future is good. There are so many more options now than there used to be. The quality of self published books is much better than in the past. I do think there is a great need for affordable editing. I use a combination of ginger and grammarly to edit. A professional editor can cost thousands which is out of range for so many.

What genres do you write?: Christian, historical, southern literature