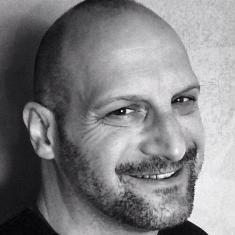 About Corey J. Popp:
Selected as one of the “Top 5 Authors Discovered in 2015” by Scifi and Scary Book Reviews, Corey J. Popp began his writing career as a freelance writer for Gannett Company. After discovering that writing human interest and technology articles was excruciatingly boring, he transitioned to fiction. He now has much more fun and makes much less money writing about a mysterious city called Mount Herod.

What inspires you to write?
About five years ago, I decided to shift from writing human-interest articles for Gannett newspapers to writing fiction. I began writing Beneath Claire’s House as part of a six-month writing course. The story was based on a premise that I’d been kicking around inside my head for about a decade. In many ways, I just wanted the idea out of my head, but I also wanted to know if I could make it work. The class was the perfect opportunity to give it a try. After the class ended, I went on to edit and revise the story for nearly three more years.

Tell us about your writing process.
I start with note cards. That’s how I develop and remember characters, settings, key scenes, and research. I draft the entire novel on an iPad using a plain text editor and a bluetooth keyboard. Using an iPad means I can draft virtually anywhere while simultaneously avoiding the e-distractions inherent with a computer. I use HTML tags to indicate any special formatting I want to add to the final draft. My best ideas occur while daydreaming beneath headphones during gym visits, so the novel is constantly evolving. Once I have a complete third draft, I export my book to a word processor and create the final draft on a PC. Once I have the final draft in a word processor, I once again export to plain text and create the HTML code for the e-book. At this point, I have created two permanently independent editions of the book. All further edits need to be done in both editions.

For Fiction Writers: Do you listen (or talk to) to your characters?
I’ve never caught myself literally talking to characters, but it’s true what authors say: characters often become very independent from the author and, once the story is flowing, the characters somehow write the story, not the author. It’s weird.

How did you decide how to publish your books?
I tried the traditional path first. When I knew the story was ready, I sent approximately three dozen queries and participated in a handful of face-to-face pitches with literary agents and publishers. Of those three dozen pitches, I landed three requests for the full manuscript. All were complimentary of the story and my writing, but they still declined representation. The whole process took about six months and cost hundreds of dollars in conference and pitch fees. I had to decide if I wanted to go through another round with the knowledge that the chance of landing a traditional contract was slim. More and more agents and publishers prefer literary and upmarket writers over genre writers, and they put the vast majority of their energy into maintaining relationships with authors who already have proven their ability to sell books. It’s tough to break in.

What do you think about the future of book publishing?
There’s a market for both print and e-books, and there will be for years to come. Twenty years ago, pundits believed the World Wide Web would kill newspapers and magazines within just a few years. Although there’s been a dramatic decline in print, the medium is still available and still legitimate.

That being said, if you’re going the indie route, you must do it with an e-book because there are very few relevant promotional opportunities for indie print books. Yes, maybe the independent corner bookstore in your hometown will let you in for a book signing, but you’ll be lucky to sell a single print book at such an event. If you want to move books in volume, the e-book is the only way for an indie to get it done.

What genres do you write?: Horror,Young Adult