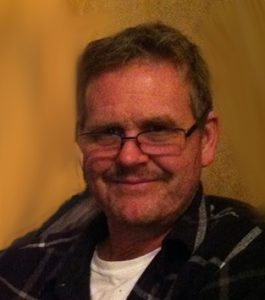 Clyde is the Indie Dark-Half, an author of crime, noir, and thrillers. He is a pen name, and where he leaves off and the man behind the mask takes over gets a little confused.

Clyde has worked ranches, rambled, washed dishes and fixed cars. Steinbeck inspires him. Hemingway intimidates him. He grew up on Louis L'Amour, Luke Short, and Zane Grey. He's lived alone in the woods, sharing his bed with the deer, a worn copy of Thoreau in his backpack

He believes in mythology.

Becoming a father changed him forever, a theme common in his work.

Here's where Clyde differs from the man behind the mask. He's quicker with his fists and smoother with the ladies. He climbs mountains and rides horses and wrestles with mountain lions.

He doesn't always drink beer . . . because sometimes he sleeps.

What inspires you to write?
My inspiration to write comes from a core place within me. I am a writer. This thing has always existed like a corpse in the basement waiting to be freed. When I first got a whiff of it, I was in seventh grade English. We were learning about constructing paragraphs: topic sentence, support it a few times, that sort of thing.

I worked furiously. I wrote and wasn’t satisfied with the wording, so I scratched and rewrote, and then scratched and rewrote again. I was burning. I remember the first two sentences verbatim. “It is seven to seven in the Super Bowl when they pass the pillow to me. Dodging chairs and hurtling my bed, I sprint down the hall to victory.” The second sentence was about big game hunting in the back yard with my dog being a rhinoceros, and the third I don’t recall. I finished with the topic sentence: “Day dreaming sure is fun!”

When the teacher looked at it, he then looked at me; and I was like, “Uh-huh,” all doing the head nod. Writing is cool. The corpse in the basement is now a zombie, manically animated. I write with vigor so it doesn’t eat me. That’s pretty good inspiration, huh?

Tell us about your writing process.
I recently wrote something from a verbose outline the James Patterson way. The draft went along smoothly and turned out well. In contrast, for NaNoWriMo this year, since I wasn’t planning to do it and came to the party late, I totally winged the first draft.

When writing from an outline I knew my characters better because I’d spent time with them beforehand. I’d crafted profiles for them and pasted pictures from the internet into a voice journal, and I was crushing on the girl because she was so cute. In the panster story, all of my characters came to be on scene and as needed, and they were all mostly like me; which is to say, they were totally boring.

The panster draft from WrMo should simply be considered an outline. The second draft will become the draft. I am now in favor of outlining, but because I can never know for sure how things will roll once the fingers hit the keys, the outline remains subject to change, visions and revisions on the fly.

For Fiction Writers: Do you listen (or talk to) to your characters?
I don’t listen or talk to my characters at dinner, but when I’m writing, they have a mind of their own and surprise me often. I consider myself a method writer, you know, pointing a revolver at the mirror and saying, “You looking at me.” When I write I am the character. That’s what’s so cool (in a nerdy way) about creating fiction.

What advice would you give other writers?
The tagline for The CW Television Network used to be: Characters Welcome. Plot matters, but Character matters most. So, my advice, spend time creating original characters. Find pictures of them on the internet. Fill out one of the many character profile worksheets available. One question I’ve found through James Scott Bell is especially helpful. What significant event happened to a character at age sixteen? Faced with this, I first figure out how old the character is and do some math. Then I google that year to see what was up. Backstreet Boys, maybe, or the Vietnam War. I also like to see what music was playing. Also, sometimes I have my characters take Briggs Meyers tests so I get a sense of their personality. And ideally, things should be twisted up a bit as in a detective with a germ-phobia. In an upcoming book, my mad scientist is not the typical Einstein with glasses and electric hair, but rather, he is a Mediterranean Adonis with six pack abs. So, you know, mix it up, keep it fresh, have some fun. With good characters in place and the right chemistry between them the story will write itself.

How did you decide how to publish your books?
I am a total DIY. I do my own painting and tile and flooring. I know where things are at Lowes, and I’m totally into Amazon and Create Space. I’m learning, and having a great time because I’m wearing the creative hat. I'm making mistakes, but I'll figure it out.

I’ve got my first book released and several more in the pipeline. Here’s what I like about Indie. I’m not contributing to anyone’s Manhattan rent, so the books can be sold reasonably priced, thus making stories available to the masses. It’s egalitarian. I've never owned a twenty-dollar first run hardback from a major author/publisher while it was still on the NYT list, like ever, except once my daughter bought me a Grisham while it was still buzzing and I cherished that gift. She was so sweet.

Indie is an exciting market niche. It is the new pulp and what Mickey Spillane meant when comparing peanuts to caviar.

Data Mining is about computers and stats digging out information from a messy clump of data; in this case, enormous volumes of words. Amazon has millions of books, and while lots of them are bad, a few are gems – and that’s all subjective. In the future, discoverability will be much better.

Using the heuristics and algorithms of data science, academics have outed J.K. Rowling when she wrote under a pseudonym, and scholars of the Bard, such as Gary Taylor of FSU, now understand who some of Shakespeare’s co-writers were, such as Christopher Marlowe, because of our new ability to fingerprint an author’s style.

Using similar concepts, bestsellers have been analyzed for topic clusters and sentiment arcs and such, and this is described in the book, The Bestseller Code. It’s interesting and controversial, but while authors today may use grammar checkers to self-edit, they will in the future use algorithms to analyze the quality of the story. The future is today. I’m a computer geek and I hacked out a sentiment graph on my novel using free tools such as R-Studio (and the graph looked good, up in the middle, low at 80%, the darkest point.)

But the main thing I’m looking forward to is discoverability. The old if-you-like-this-you-might-like-that will become more sophisticated, making self-tailored discovery surprising and fulfilling.

And lastly, since everyone else will be losing their job to AI, why should the slush pile readers be any different. It’s a brave new world a coming. Buckle your seat belt, please.

What genres do you write?: Crime Thrillers