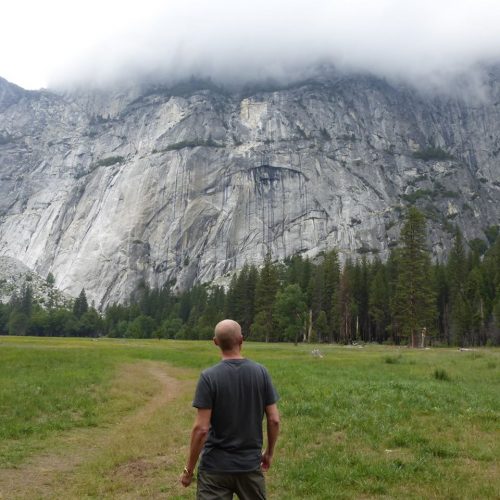 About Chris Wright:
Born and raised in Derbyshire, UK, Chris Wright has always had a love of the natural and supernatural world. Full of ideas in his head, he first turned his creativity into sonic form, releasing a number of ambient and abstract dance music pieces and setting up a record label. His deepest passion was always writing though, and it was something he couldn't ignore any longer. With the ideas still brimming in his mind; he took pen to paper and started bringing to life the stories in his head. With his interest in the strange and the unknown, there are countless directions he is waiting to let his stories unfold. His first novel 'Survival' is set in a world where the reality that the characters rely on begins to feed on them, as one by one, they are hunted by it. It takes twists and turns throughout switching from Horror to Science Fiction and back again. A sequel is currently in the works, along with a selection of short stories, so there is plenty more to come from him over the coming years.

What inspires you to write?
The mysteries that surround us inspire me to write. We are constantly discovering new things, new ideas, as well as uncovering unknown parts of the past. It fascinates me so much, there is so much we know, but still more that we don't. It's great to be able to sit back and think about what could be, try and look at something from a new perspective. It's a constant source of inspiration, the imagination is really boundless, there's just so much to discover and understand.

Tell us about your writing process.
I always sketch out the initial idea in my head first and then scribble it down to keep looking back at it and refine the story. Sometimes it is a bit haphazard, and I havethe basic idea but the tiny details are like a puzzle, all scribbled around the page. I know in my head how they fit together, the hard part is getting those ideas to gel properly when finally written down. As I am writing, some of the situations are made up as I go along, while others I have already carefully thought about. I always know where the story is headed though, that has been decided before I even type the first word.
The characters are set out in a basic way as I start, but they all tendto evolve as the story progresses and I get deeper into the tale. What makes the characters tick and how they react come naturally through the writing and sometimes evolve while I am putting the first draft together. It helps me to put those characters in situations and get them to react, build their personality from what they are doing in the story.

For Fiction Writers: Do you listen (or talk to) to your characters?
There is a small exchange in my mind between the characters as I am writing them, and I try and put myself into each of their shoes. I want to understand how they'd react, so I have to think of how would I react when confronted by the same thing. What would one character say to the other etc. So there is an interaction between me and them as I place myself in their situation. As the characters evolve, you get to know them more and more as a writer, then the exchanges start to become more fluid, easier to imagine.

What advice would you give other writers?
Well, first of all, write for the love of writing. You need to really enjoy what you do. If the ideas don't come to you straight away then don't force them. Move on to a later part, you will always find that ideas come to you when you least expect it and you can then go back and finish off the part you were stuck on. There's no point sitting there struggling for an hour and doing nothing, when you could be enjoying writing a later chapter that you have all the ideas for. I will often put in capital letters 'Expand here' in a draft version, to remind me to go back and flesh it out when the ideas come to me.

How did you decide how to publish your books?
I decided through ease to self publish through Amazon. It is very straight forward, the battle is trying to get the book noticed among the thousands released each week. As I am just starting out, I wanted to get a portfolio of work going, and the most cost effective way of doing that was to self-publish. Once I have a number of books available I will start to approach publishers, showing them the work I have done before, so they can see the quality and the ideas.

What do you think about the future of book publishing?
I like the way it is easy to self-publish, and I think a lot more people will continue to do this. The problem is the influx of new books, there are that many that it is hard to stand out. I do wonder if this make it go full circle though eventually, and self-publishers start looking back at traditional publishers, who have a lot more clout to get their book noticed.

What genres do you write?: Science Fiction, Horror