You are here: Home / Interviews With Authors / Interview with Author – Charles A. Pomeroy 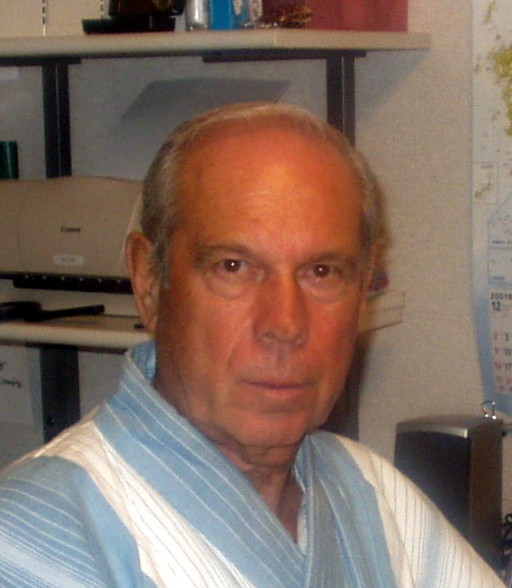 About Charles A. Pomeroy:
Charles A. Pomeroy
Charles A. Pomeroy emerged from a nomadic childhood in the Mid-west—he was born in Beloit, Wisconsin—to enter another nomadic life in the U.S. Navy starting in 1947 at the tender age of 17. He served nine years, of which eight were as an aircrew member specialized in electronics and included two combat tours during the Korean War. That war also introduced him to Japan, a country that in 1950 was yet to recover from the destruction of WWII.
A later assignment to the Naval Attaché in Rome, Italy, in 1954 and exposure to a world beyond the military awakened in him a desire for a higher education. Serendipitously, his interest in Japanese language and arts led to contacts with the Japanese community in Rome, which inspired his return to Japan in 1957 as a student after his honorable discharge from the U.S. Navy.
Following language school and four years of study in Tokyo at Sophia University (Jochi Daigaku), Pomeroy graduated with a degree in Asian History, with emphasis on the arts. His own attempts at creating art in the form of woodblock prints failed to provide adequate income and he turned his attention to the written word as a way to earn a living. Initially, as a freelancer he translated over a dozen books, ranging from the simpler Japanese Toys to the more complex Chinese Eunuchs. Morphing from freelance translator into a journalist, he worked as a correspondent specializing in coverage of Japan’s healthcare industry from 1966 and until he retired in 2004.
Pomeroy’s personal life was marked by the failure of an earlier, student-era marriage, but he found his life-long mate, Atsuko Kobayashi, in 1986. As well, he eventually became fond of her home town, Otsuchi, in Iwate Prefecture, where they built their retirement home that also included a studio for creating woodblock prints. Their blissful lifestyle there end on March 11, 2011, when the Great East Japan Earthquake and following tsunami destroyed Otsuchi along with towns along Japan’s entire Sanriku coast as well as spawning the Fukushima nuclear disaster. Pomeroy’s return to Tokyo was followed by a return to writing.
As an author, Pomeroy’s first book, Traditional Crafts of Japan (Weatherhill) was published in 1967. In the mid-1990s, as General Editor he focused the knowledge of five colleagues to put together a history book, Foreign Correspondents in Japan (Tuttle), published in 1998. A more recent book, Pharma Delegates, published in 2013, was a commissioned work. His latest book, Tsunami Reflections, presents the little-known story of Otsuchi and its destruction as well as the loss of family members, a story along with those of other Sanriku towns that have been overshadowed by the Fukushima nuclear disaster.

What inspires you to write?
The desire to share whatever knowledge or insights I have gained over the years.

Tell us about your writing process.
Seat of the pants, but I usually create a rough Table of Contents that is amended as I work my way through the manuscript. As well as trying to shape the story, I also allow the story to suggest its own path. This works even better when rewriting, which I do frequently. Once you have the overall story, and unless you are a genius, rewriting until your gut tells you it is right is the way to go.

What advice would you give other writers?
For non-fiction, having clear objectives is usually crucial. However, in writing “Tsunami Reflections” my only objective was in trying to share a sense of the magnitude of a tragedy and loss in human life that was huge even in our small town of Otsuchi. But first I had to describe the historical town itself, then our family relationship to the town and our own retirement there, and only after that did I describe the tsunami, its devastation and decimation of the population (including my wife’s relatives), rescue and relief efforts, and finally reconstruction plans and efforts. What worked particularly well for me was the roughed out Table of Contents that allowed me to jump around among chapters as old memories were sparked or new thoughts spawned by whatever I was writing at the moment.

How did you decide how to publish your books?
My earlier books appeared through traditional publishers, but for “Tsunami Reflections” I opted to self-publish because I wanted to get the book out as soon as possible (2014 was already late in the game). Responses to early feelers to traditional publishers indicated, in their view, only a lmited market for the book (they were correct), so I did not want to mess around trying to talk someone into publishing it. Knowing that I needed professionial help–an editor to review the manuscript, proper layout and formatting, cover art, etc.–I screened the possibilites and decided on Telemachus Press, which allowed me to select the services I needed. They did a good job, although I fell down a bit on my part by not being more proactive regarding typeface and other features. So, whoever you use, be proactive!

What do you think about the future of book publishing?
Book publishing is here to stay in both its print and e-book forms for at least several more decades. The e-book form may eventually win out, but it won’t be soon.

Website(s)
Link To Charles A. Pomeroy Page On Amazon