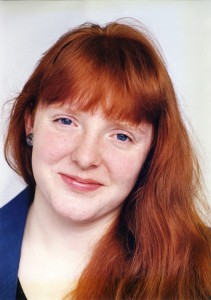 About C.K. McKenzie:
As well as being an indie author C.K. McKenzie is, amongst other things, an award winning independent filmmaker, a photographer, and blogger. Splitting her time between the UK and the US she loves literature, film, fashion, food, the Holidays, animals, and travel. She also likes her comedy dark, her coffee with cream and wishes life was more like a Tim Burton movie.

What inspires you to write?
Writing, and telling stories, makes me happier than pretty much anything else in the world. I find it a very satisfying thing to do. I was lucky enough that I grew up in a family where books and reading were highly valued and from an early age I was exposed to literature of all kinds. My love of films is merely an extension of this existing interest in story which I took with me all the way to Cambridge University where I studied English Literature. Reading for me is nostalgic, recalling a place or a time, or a person, and writing is an extension of that. It feels that I’ve always been writing, even when I was very young and I was just making up stories in my head as a way to try and make sense of a world that is so complex and savage and beautiful. Even now my books are born out of whatever I’m curious about at the time.

Tell us about your writing process.
I make sure that I write every day. It’s a habit I got into when I first started and it’s the habit I’m most grateful for. Sometimes, particularly if I’m working on other projects, or I’m on a film set, then I may not get a lot of time to write but I find that if I focus on something every specific, like brainstorming a new idea, or developing a certain character or chapter, that I can get some decent work done in a very small amount of time.
I tend to brainstorm a lot of ideas. I have notebook upon notebook of incoherent scrawl but not every idea that goes down on paper will be developed into a book or other bigger project. Sometimes I come up with an idea and at the time I think it’s amazing. Then I go back to it and find that it’s hopelessly flawed, generic or just rubbish. That’s when I have to suffer through those long moments of crushing disappointment.
When I finally have something and commit to an idea I always outline it first. The process helps me organise my thoughts. However I try not to be a slave to the original outline. If it has to be changed, or even abandoned totally, for something better then so be it. I’ll also turn off my inner editor. Spell check and formatting can wait until I’ve mined the pit of imagination. Editing will come later. I have a story to tell and everything has to serve that in the best possible way.

For Fiction Writers: Do you listen (or talk to) to your characters?
Absolutely. I do both. I’ve even been known use some of my very rusty acting skills and do a little improve – but always on my own and always behind a locked door. The world may suspect I’m crazy but I don’t need to hand them proof!
The relationship you have with your characters is just like any other relationship who have in real life – it’s all about communication so by listening and talking you learn, and then your writing has a chance to be the best it can be. It’s also probably the best way I know of banishing writer’s block back to the dark, damp corner it crawled out of.

What advice would you give other writers?
I work with other writers, both as an editor but also on the creative development side of things so I know that one piece of advice does not fit all. Everyone needs something different so first and foremost I always suggest that you find what works for you – in terms of content, genre, how you work, where you work, and who work with. That is part of the joy. You can completely determine what you do and how you do it.
Also, write what you want to write, and what you’re passionate about. Forget about writing what you think people want to read, or what you hope will make you rich, write what makes you happy, and what makes you feel passionate. If you don’t want to sit down and write it then what’s going to make someone want to sit down and read it?
Push yourself, always go that little bit further than you think you can and if you’re going to self publish then you need to put as much time and thought into the marketing, promotion and branding of what you do as you did into the original book.

How did you decide how to publish your books?
The route I take to publication depends entirely on the project. I always knew that ‘The Legendary Haunting of Quentin Wallis’ was going to be a tough sell for a first novel because it doesn’t fit neatly into one particular genre so I never even considered sending it to agents or publishers. It was the same for the novella I wrote as that’s a format publishing companies and bookshops have traditionally shied away from. I knew from the start that both of these would be self publish projects. On the other hand, I have a manuscript that I’m editing and polishing at the moment and that will be sent to publishers and agents. It’s a much clearer pitch and it’s something that I know is currently being sought. I don’t see one route to publication as better than another. They’re different; they offer different opportunities, levels of involvement and financial return. I like to keep an open mind.

What do you think about the future of book publishing?
Self publishing certainly isn’t going anywhere. It’ll continue to develop as a platform which will in turn force traditional publishing routes to also evolve. I find a lot of parrallels between writing for indie film and self publishing as indie authors are doing what independent filmmakers have been doing successfully for decades. Just as video on demand, Netflix, Amazon Prime etc has opened up the possibilities for filmmakers who previously lacked distribution routes to get their work seen by audiences, the various self publishing platforms are doing the same for writers. I can’t imagine that traditional publishers will ever disappear but readers know what they like, and what they want and they like choice because they’re becoming far more omnivorous in their tastes. Indie authors can satisfy that.