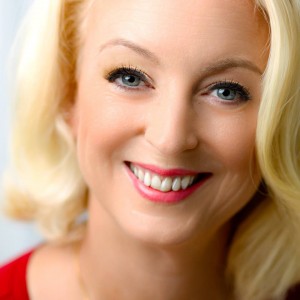 About Byddi Lee:
Byddi Lee grew up in Armagh, Ireland, and moved to Belfast to study Biology at Queen’s University when she was 18. She made Belfast her home for twenty-one years, teaching science and writing for pleasure. In 2002 she took a sabbatical from teaching and traveled round the world for two years, writing blogs about her adventures as she went. She returned to Ireland in 2004 and resumed teaching. In 2008 she and her husband moved to San Jose, California where she made writing a full-time career. After the publication of her short story, Death of a Seannachai, she decided it was time to write, March to November.
She is currently writing her second novel, a science fiction story set in a future where the earth’s icecaps have melted and Armagh is the capital of Ireland.
Besides being a novelist, Byddi is also a Master Gardener. She writes a blog on life as an Irish gardener and traveler living in California called, “We didn’t come here for the grass.” She also gives talks and classes on gardening.

What inspires you to write?
I’m most inspired to write by three things – beauty in the world, people interconnecting and life’s ironies.

Tell us about your writing process.
I try to write every day. I’ll use an outline as a general compass, but some days my characters just run away with the plot. That works too. I’m a member to two writing groups, so I submit to one, rewrite after I hear their critique, then submit that to the second group. I’ll have a couple of beta readers for the entire manuscript to gauge the macro-effect and then polish with a editor.

For Fiction Writers: Do you listen (or talk to) to your characters?
I’m always having conversions with my characters in my head. It’s how I get to know them. I also listen in on their conversations with each other. Sometimes I wake up in the middle of the night with great dialogue in my head and have to write it down there and then.

What advice would you give other writers?
Commit to your writing. See it through to “The End.” Get as much help as you can and listen to advice from other writers. Join a writing group. That is the most important point. You will learn so much from the other members of your group. Just keep going…

How did you decide how to publish your books?
I decided to self publish after a year of trying to get and agent. The book even won a competition where I had an interview with an agent. It was part of a festival in Dublin, Ireland. The agent told me that “March To November” was good. She like the writing but it fell between genres, making it harder to sell. I didn’t want to conform the story to a formula so I decided to try it with self publishing.

What do you think about the future of book publishing?
It a really exciting time. There are so many ways publish now and that will ultimately push up the standards of writing as readers begin to drive the direction of sales by the books they choose.