You are here: Home / Interviews With Authors / Interview with Author – Bruce Deitrick Price 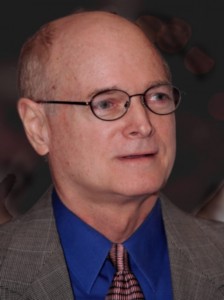 About Bruce Deitrick Price:
From the age of 16, I intended to be a novelist. I majored in English Literature at Princeton, was in the Army for two years, and then moved to Manhattan to write. I’ve never had a real job. On the other hand, I’ve always been highly disciplined and tend to work six or seven days a week. I’m not always very practical, as I tend to pursue projects that catch my fancy. My novels go in many different directions. I can’t imagine anybody would like them all, but I can almost guarantee that everybody would like one of them.

I wrote a novel that Kinky Friedman described as “the unwed mother of all page turners.” Title is “Too Easy” (this is going to be reissued by Simon & Schuster as an e-book). I’ve written a 10-page poem titled Theoryland that I like to claim is the best long poem in American lit. Years ago I published an experimental novel called “American Dreams” (still in print) and I think a case can be made that it’s the best experimental novel in American lit. These are perhaps boutique achievements, but I enjoy claiming them.

I have two crime novels just published: Art and Beauty (Web-e-books); and Big Dog (Kindle). I put a romantic drama on Kobo titled “The man who falls in love with his wife.”

What inspires you to write?
My mother was a painter. I have been an artist in the broadest sense all my life. I have an art site, I have a literary site, and when in Manhattan I ran a business that was basically a mini-ad agency. I can name a company, do the logo, design a brochure, and all the rest of it.

For me, art is a journey or exploration. I like to start of with a big canvas and try to fill it up with interesting content. I like to take chances. If everybody else is doing things one way, I assume it has to be the wrong way. Intellectually I’ve always been a contrarian. (I’m one of the major writers in the country on education reform. I think this contrarian attitude has served me well. There is so much intellectual corruption in our K-12 system. If you stand back a little distance and look at it as an outsider, you realize it’s crazy-land. I have hundreds of articles on the Internet; just Google my name and any ed topic.)

Tell us about your writing process.
I’ve done it both ways. Having a full outline is much safer. But the writing process tends to be more mundane. I’m not sure you get the best writing that way. But it is safer.

I think my heart really belongs to the experimental forms. I wrote a novel years ago called “American Dreams” where I used surrealist techniques, drawing words at random from a dictionary, to stimulate the creative process.

I’ve always been struck by the fact that ordinary people can go to sleep at night and dream fantastical dreams. Where do they come from? I like to tap into that source.

For Fiction Writers: Do you listen (or talk to) to your characters?
I’ve never put it either way. I would say this: I am my characters. Or vice versa.

I have always had this strange sense that I can tell you how they would walk and talk and speak. If Hollywood made a movie of one of my books, I could tell all the actors how to play their parts.

What advice would you give other writers?
Writers are so different. They have to follow their own visions.

Probably the only consistent advice is: don’t give up, keep pushing.

How did you decide how to publish your books?
I’ve been published by Simon & Schuster. I’ve also published on Createspace. I hope I’ll publish some more books the traditional way but the rise of the e-book has been a great catalyst for me. I spent the last 18 months getting all my neglected projects in order, so I can put them into the world one way or another, and meanwhile go on to new projects. I’m disciplined and productive. I’m now back to writing almost every day.

What do you think about the future of book publishing?
Obviously it will be very crowded and messy. One has to hope that the best will rise to the top, and that one can write some of that best.