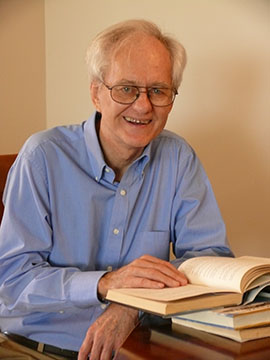 About Bob Brink:
Bob Brink is a journalist who worked with several large newspaper organizations and a group of magazines. His byline has been on thousands of news stories, features, and entertainment reviews.
He now is embarked on authoring books. His newest book, the legal thriller Blood on Their Hands, follows Murder in Palm Beach: The Homicide That Never Died, a roman à clef about a real, sensational 1976 murder that made headlines for 15 years, and recently made news again with a new development in the case. The book became an Amazon best seller.
His other books are: Breaking Out, a coming-of-age novel, The Way We Were: Short Stories and Tall Tales, and A Tale of Two Continents, a ghost-written memoir. He is working on a book of creative nonfiction about a woman who led an incredible life of crime.
Brink has won numerous writing accolades and several awards, including three for Palm Beach Illustrated, which won the Best Written Magazine award from the Florida Magazine Association after he became copy chief and writer.
Besides dabbling in short-story writing over the years, Brink immersed himself in learning to play the clarinet and tenor saxophone. He performed many years with an estimable, 65-piece community symphonic band, and played a few professional big band gigs.
A product of Michigan and Iowa, Brink has a bachelor’s degree in English and German from Drake University in Des Moines and completed graduate journalism studies at the University of Iowa.

What inspires you to write?
Food. I write a list so I won't forget.
Seriously … most of my writing lately is for a newsletter, often inspired by the horrendous political events of the last four years, as well as the occasional book review and developments involving my book(s). The unfortunate thing about the current state of literature is that, because of the plethora of books on Amazon, authors have to spend the big majority of their time investigating strategies to draw attention to their books; little time is left for writing, or reading, for that matter.
I frequently hear personal stories, or become aware of unusual events or persons in my daily life, that set the wheels in motion in my head, and I am eager to fantasize about what may have led to this or that catastrophe or joyous occasion and get to work on a story. But the day is only 24 hours. So I am, at the moment, concentrated on finishing a book of creative nonfiction about a woman whose life trajectory led her from committing crimes to instigating prison reforms.

What authors do you read when you aren’t writing?
As previously mentioned, the demands of book promotion crowd out much of the reading I would like to do. But I gravitate toward Jane Smiley, Joyce Carol Oates, Philip Caputo, John Grisham, Pete Dexter.

Tell us about your writing process.
Depending on the project, I largely wing it. Murder in Palm Beach is closely based on a real murder, but I invented a few characters or surmised what real ones might have been like as the writing progressed. However, the next novel, Blood on Their Hands, arose out of a single incident and my admiration of the plots and characters in two favorite movies. From there, events fell in place and people I'd been acquainted with veritably jumped into the plot. Only moderate revisions became necessary.

For Fiction Writers: Do you listen (or talk to) to your characters?
I will choose a character based on someone I knew of or read about, and then allow my imagination to run wild. (But you have to correspond with your characters in private: Hearing voices and/or talking in public to imaginary characters can land you at the funny farm.)

What advice would you give other writers?
Get the basics down first. You need to be well-versed in the mechanics of writing — grammar, spelling, punctuation — before venturing into creative departures from the rules or guidelines. Always have your manuscript professionally edited before submitting it to an agent or a publisher. By the way: Landing an agent is extraordinarily difficult and time-consuming, and you may want to seek a publisher that accepts non-agented submissions. You can always self-publish, but your book carries no cachet, and is difficult to get into libraries and bookstores.

How did you decide how to publish your books?
Appears I at least partly answered this in my advice to beginning writers. After fruitlessly seeking an agent for Murder in Palm Beach, I found two small publishers that offered contracts, and accepted the wrong one. He turned out to be a bit unscrupulous, and three of us authors successfully sued to terminate our contracts. I then put out a second edition myself, and the book became an Amazon Kindle best seller. For Blood on Their Hands, I found another publisher. But know that every publisher expects you to do considerable marketing yourself. Otherwise, the book will go nowhere. Having a publisher gives your book credibility, which is lacking in self-publishing. However, a publisher gets a big share of the profits, which are all yours in self-publishing.

What do you think about the future of book publishing?
Educational standards are eroding as people spend ever more time with technology, which leaves little time for reading. Look what has happened with newspapers: Most of them have folded, because they have few readers (which opens the way for nefarious politicians to deceive). Thus, I am pessimistic about the future of books.

What genres do you write?: mystery, thriller, true crime, literary