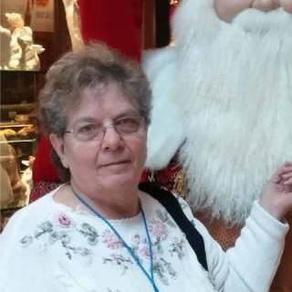 About Barbara Goss:
Barbara Masci Goss is now just Barbara Goss. Barbara Goss lives in Western New York State. Fleming Revel published Forbidden Legacy, Captured Heart, Dangerous Illusions, and Stolen Heritage in the 90’s. After obtaining the book rights she converted them into EBooks. They are ageless stories that are begging to be read again and again.
The books have plenty of Indians, kidnappings, danger, peril, mystery, and romance to keep you turning the pages. Recently, she has written six more exciting westerns: Silent Love, The Romantic Ruse, Temptation by Moonlight, and the Hearts of Hays series: Dangerous Illusions, The Final Vow, The Kissing Bridge, and Drawn from Darkness.
Barbara’s greatest influence in writing is the 100 books written by Grace Livingston Hill. As a Christian writer she weaves a bit of godliness into the romance and adventure and her books are always clean.

What inspires you to write?
Grace Livingston Hill wrote over 100 romance books. I read everyone, but when I looked around for more clean romance, there were none. That’s when I asked God, “What can I do for You?” With his help my first book, (Forbidden Legacy) won an award at the Christian Writer’s Fellowship, and three publishers bid for it. With His help, you can do anything.

Tell us about your writing process.
I make a rough outline as to the characters and their backgrounds. I plot the basic direction of the book but once I start writing a sub-plot always pops up and… away I go.

For Fiction Writers: Do you listen (or talk to) to your characters?
I don’t, but I do fall in love with them. I miss them when the book is finished. They become like family.

What advice would you give other writers?
Don’t send manuscripts to publishers, they don’t read them. They just generate refusal letters. I received refusals for Forbidden Legacy from all the Christian Publishers, but at the Christian Writer’s Convention three of the same bid for it. I would go Indie rather than to a publisher. It gives you more freedom. You might have to put out a little money to get it rolling, like covers and promotions but you get 75% royalties.
If you really want to go with a publisher write them a proposal. If they like the book idea they will ask you to send the manuscript and the address they bypass the slush pile for refusals.

How did you decide how to publish your books?
I self-published because I noticed that most people were now reading on Kindle and Nook. I discovered the world of Indy writing by browsing the Internet and Facebook. Through other writers I’ve developed several good writing sites which help and give fellowship to other Indy writers.

What do you think about the future of book publishing?
They are saying (articles online) that electronic reading will phase out, but I think it will get even bigger. Even if it doesn’t there are places to print you ebook like Create Space and Lulu.

What genres do you write?: Christian Romance, usually western, some are historical as well.