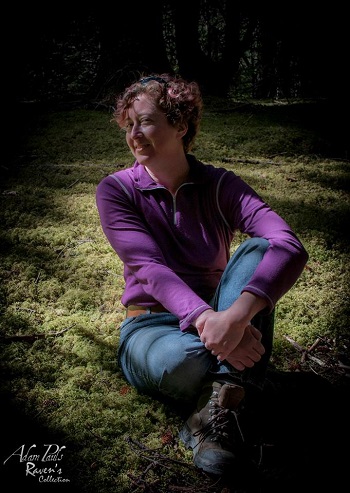 About Autumn Birt:
Autumn is a best selling author in fantasy, epic fantasy, and war – not all on the same series though! She is the author of the epic fantasy, adventure trilogy on elemental magic, the Rise of the Fifth Order. Her newest series is Friends of my Enemy, a military dystopian/ dark fantasy tale laced with romance. Friends of my Enemy will be released in full in 2015 and will be quite the story full of strong characters, tight plots, and lots of action. Meanwhile, she is working on a new epic fantasy trilogy, Games of Fire, set in the same world as the Rise of the Fifth Order. If she stops goofing off and enjoying hobbies such as hiking, motorcycling, and kayaking, she may even be able to release the first book in 2015 too.

What inspires you to write?
I love to travel to new places and enjoy different cultures, especially old civilizations where I can wander ruins and wonder what that time and world was like. My mind starts whirling and I start writing!

All of my stories involve travel of some sort. For my epic fantasy, it is to new cities and people in a world different from our own. For my dark fantasy series, travel is more gritty and battles weather as much as the need to overcome personal doubts. I’m a hiker and backpacker, as well as a motorcyclist and a sailor. Those experiences play into my writing to give depth as well as find inspiration.

But really, it is the characters that get me going. A story needs to have a plot and idea, but the characters are the soul. Once I’ve come up with a good one (or they’ve found me from out of the nether), I have to write. It gives me a chance to spend time with amazing people doing incredible things. I live different lives in a way that is akin to being a reader, but so much more intense. And that is why I’ve become a writer – not just to voice my ideas but because I love being so involved with the characters and world. I’ve become quite addicted to the process and my husband knows if I’m in a rare non-writing break or not by my mood. I’m simply happier when I have a story unspooling in my head!

Tell us about your writing process.
I’m a hybrid. 🙂

Seriously after writing nine books (not to mention the other stories in my head!) while holding a full time job and still spending time with my family, I’ve developed a method that maximizes the time I have to write.

To stay focused, I have a solid idea of what the story is about (the theme or synopsis) before I begin a book or a trilogy. I know the important conflicts, have the characters developed, as well as the world and prior events. I spend months thinking about these aspects while I’m writing a different story, taking notes in a little moleskin booklet set up specifically for that story/trilogy. I’ll even pick away on the beginning as a side project while finishing another book so that the ideas are fully formed when it is time to really concentrate on that book (because you don’t usually realize what you you are missing until you start writing).

Once I start writing, I outline chapters with a quick paragraph which includes POV and major events that need to occur. That way I have a focus and can pace action and tension. After that, I pants my way through each chapter, sometimes discovering new directions and events, including a time that a surprise character decision led to another book in the series!

If I want to keep things moving writing-wise, I can’t spend my writing time world building, developing outlines, or wondering what is supposed to happen next. I keep myself focused and the whole process flowing, while leaving space for the characters to guide the story. Because it really is their story!

For Fiction Writers: Do you listen (or talk to) to your characters?
Talk to them? They convinced me to write another trilogy!

When I finished writing my epic fantasy trilogy the Rise of the Fifth Order, I was sad to be done with the world and characters, but I was done. The story was over and I’d moved on to my military dark fantasy/dystopian series Friends of my Enemy. Except the characters from the epic fantasy series kept popping into my head, which really didn’t fit with the near future, apocalyptic military (no magic) theme. And they wouldn’t go away. Until I sat down and admitted I’d left a tiny opening for future problems at the end of the epic fantasy trilogy. But problems are not a story! And then they started telling me the story. I was blown away. They knew a lot more about their world than I’d put into it, so I let them have their way. And I started writing the new epic fantasy trilogy on the side while working on the dystopian one.

I have a direction for the novel and chapters before I start writing, but the characters really lead the show. I write in third person limited, so a chapter is a step into a character’s head, including history, hopes, motivations, and doubts. Villains believe fully in themselves. They aren’t evil. Usually their motivations make complete sense – to them. And I have to believe that too when I’m writing, just like I have to believe in the hopes of the heroes. I learn something from all of them, and let them tell their story. It is amazing where they have led me and into one sort of adventures – ones that I wouldn’t have thought I could write, but they got me through!

And the other advice is to keep writing. Practice always leads to improvement. I’ve learned so much with every book I read, as well as by talking to other authors or following their blogs. I’m constantly learning more about the craft of writing and putting those techniques to work with each new chapter. So don’t stop with book 1 and don’t sit and fuss over every chapter. Write the darn thing, edit it, and send it to some beta readers to see if it is any good. If not, rewrite it. Keep going because you’ll get better and better.

How did you decide how to publish your books?
I tried all the typical ways to interest an agent and land a publisher about a decade ago. Then my husband gave me an article about another woman in a similar career field who self published and how much she enjoyed it (this was after taking two adult writing classes that ONLY talked about finding a publisher). Self-publishing on Amazon wasn’t even a new thing when I joined the indie crowd in 2012, but I hadn’t heard about it until 2011. A lot of other potential author’s I’ve met haven’t heard of self publishing either. So I spend a lot of time encouraging others and trying to make sure they don’t make any of the same mistakes I did (like publishing one book a year or not hiring a good editor).

I did have a six month stint with a small publisher. I signed with them because going it alone is a lot of work. You have to learn marketing, make or buy covers, hire an editor, etc. I felt overwhelmed and the offer of help was exciting. And it was great at first. But then I was only one of about 60 authors and my books were only 5 of over a hundred. He didn’t give me the time I wanted (more time than would be fair to the other authors) and I realized that I didn’t know any authors under a small publisher making a living from their books. I want to be a full time writer – or at least that be the majority of what I do while offering other related services like covers and website design for authors.

So I pulled my books and went back to being indie, this time going all in without the excuses of ‘I don’t have time to learn to do that.’ I need to make the time to do the covers and marketing well. I want to decide who is qualified to edit my books. And now I’m branching into other avenues like audio books! It is a lot of work to be in charge, but my books are doing well and doing better every month. My idea to go full time is looking possible and I’m excited!

What do you think about the future of book publishing?
Books are not going away, but their form may change. I’ve met many a person who has sworn they will never ready a digital book, only to fall in love with ebooks when they find a device that fits. Personally, I love ebooks and am quite jealous of young readers. When I was a teenager, I devoured epic fantasy books – the only thing slowing me down was the cost and the incredibly pathetic selection at the local mall bookstore. Don’t get me started on my local library that would have only book 3 of a five book series. Thank goodness for far flung friends and swapping!

Today with giveaways, cheap pricing, and the plethora of books available, I could have read 24/7 and never found an end to the wonder that is out there. It is awesome. It makes it challenging as a writer to market yourself, I will admit, but this is a reader’s wonderland right now.

I wonder if the enormous volume of author’s publishing will change. Perhaps at some point less people will be uploading their books for the world as they realize it is difficult to market and make a living with this, but it fits as a great hobby (unless you get very serious about marketing and such). And at some point the brick and mortar publishers are going to have to realize that they can’t compete with indie publishing by putting it down. They’d be doing better to be offering experienced advice and services rather than alienating the thousands of authors who could be potential clients. But short of an apocalyptic end to the internet (hmmm, you may not want to read my dystopian series if that freaks you out), ebooks aren’t going to disappear and I think we’ll continue to see them grow, refine, and flourish.

What formats are your books in?: Print, Both eBook and Print, Audiobook