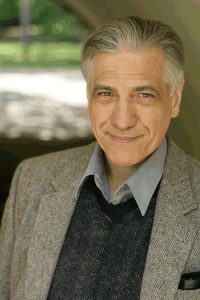 About Arjay Lewis:
Arjay Lewis (aka R.J. Lewis) is an award-winning author, entertainer, and magician. He has experienced every level of show business from street-performing to Broadway.
Arjay’s novel, The Muse: A Novel of Unrelenting Terror, won the Horror category for the 2017 NYC Big Book Awards, the 2017 Beverly Hills Book Awards, and the 2018 eLit Book Awards. He also is the author of the In The Mind series, which consists of Fire In The Mind, Seduction In The Mind, Reunion In The Mind, Haunted In The Mind, and soon Devotion In The Mind.
Arjay’s published stories have appeared in H.P. Lovecraft Magazine Of Horror, Weird Tales, and Sherlock Holmes Mystery Magazine. He also has been published in the Anthology The Ultimate Halloween.
He has collaborated on several films including: Down In Flames: The True Story Of Tony ‘Volcano’ Valenci, which has won seven Film Festival awards. His screenplay for Dummy (co-written with Pamela Wess) was the winning screenplay for the 2017 Garden State Film Festival.

What inspires you to write?
Each story comes from a place of wonder for me. An idea will get in my head, combine with another, and then it forms something new. The concept bothers me until I commit to put it to paper. I am of the "Stephen-King-School", where I feel that stories are found objects that I merely uncover.

Tell us about your writing process.
I am definitely a "seat-of-the-pantser" in my first draft. Odd, since I write mysteries, and often don't know how it will end when I start it. But, after I have the first draft, I go back and carefully craft the story to include red herrings and clues, so that when the killer is revealed, the reader goes "Of course!" I use a plotting chart on an Excell spreadsheet when I am tracking clues during rewrites.

For Fiction Writers: Do you listen (or talk to) to your characters?
I tend to let my character speak for themselves. In my "In The Mind" series, a minor character, who I perceived one way, burst out to become a major character, much to my surprise. Because of her, the entire series has changed in ways I never expected.

What advice would you give other writers?
A novel is a marathon. It is not for the weak of heart. You must put yourself on a schedule that allows you to write the number of words you need to hit on a consistent basis. This would be similar to what a runner must do to prepare himself for a race.

How did you decide how to publish your books?
I self-publish. My books (In manuscript form) were ending up as finalists in every contest I entered. I decided it was time to get them out and learn how to market myself. Since then, my published books are winning multiple book awards, and reaching readers around the world.

What do you think about the future of book publishing?
I am rapidly recording audio versions of my books. Fortunately, as a professional performer, I have the training, although pure narration is difficult. However, I have a great audio producer- JestMaster Audio, and I think this will make a significant difference is how my books involve new readers.

What genres do you write?: Paranormal and Mysteries