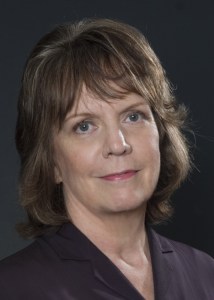 About Ann Jacobs:
I’ve written more than one hundred romance novels, novellas, and short stories, including the Oil Barons series, the d’Argent Honor Vampire series, and the Courthouse Connections series, among others. Before settling down to raise a family and write stories about to-die-for Alpha heroes and the women who tame them, I spent several years on staff of a national CPA firm and a few more as financial manager of hospitals and a health maintenance organization in west-central Florida. I began writing while my children were babies, making her first sale to the Berkley Publishing Group in 1996.

Almost twenty years and more than a hundred books and novellas later, she still lives in Tampa, Florida, with her own personal hero, our youngest son—a sometimes neglected orchid collection, and three very spoiled and much-loved furbabies, including regal Mr. Blue (a Russian Blue), LoverDog (her son’s twenty-three-pound Chartreux), and the latest addition, Molly Meow, a senior tuxedo girl saved in the nick of time last December from the county’s high-kill shelter.

Ann loves hearing from readers and tries to meet as many fans as possible at one or more conferences each year.

What inspires you to write?
About twenty years ago, I developed a love for reading romances–every one I could get my hands on, I’m afraid, as I was staying home with the babies, not used to having so much free time. One night I was reading while my husband was doing some work. He heard me comment that I thought I could write a better book than the one I was reading and suggested, that instead of reading bad books, I might try to write one. So—I did. Several years and a good many misstarts later, I sold my first novel, a sensual contemporary romance, followed by many more–mostly contemporary romances, but also quite a few futuristic, semi-dystopian erotic romances, some historical novellas and novels, and one urban fantasy series set in a contemporary setting. While the majority of my books have been marketed as erotic romance (including the contemporaries), I have recently moved back to my roots–sensual, sexy romances that don’t quite reach today’s standards of kink because they’re basically one man, one woman, falling in love and working through conflicts to find their happily ever after. I’m a happy camper now, not having to dream up ever wilder sex scenes that my characters balk at doing!

Tell us about your writing process.
I try to outline, and I generally succeed in a very, very rough sort of way. The makers of Scrivener software (beyond my patience as a seat- of-the-pantser at heart) put out a simplified whiteboard-type of software that I bring out and use to work out timelines for series that I’m writing or revising. It’s called Scapple, and I try to list pertinent characteristics of the main characters of each potential or existing book to be sure they don’t end up becoming redheads when they had been blondes, morph from brown to blue eyes, straight to crooked noses from one book to another. Beyond that, I tend to rely on my memory and my multiple monitors to fact-check as I go along.

One exception to writing by the seat of my pants is nonfiction. I’m primarily a fiction writer, but after having copyedited a group of novellas, I decided that most authors, even experienced ones, could use a bit of guidance in using software (specifically search functions, spell checkers and thesauri) to check their work before turning it in to professional editors. I tried to organize the sections logically, so that readers whose figurative Waterloos are tenses or malapropisms can go straight to the areas where they know they need help. SELF EDITING FOR WRITERS is the result–a short book filled with tips as to how an author can make his/her work the best it can be.

For Fiction Writers: Do you listen (or talk to) to your characters?
I listen to my characters, trying to get the nuances of what they’re thinking before I start attributing my own thoughts to them. Sometimes, when they want to go in a different direction from where I think they should, I talk to them–often in pretty strong language! Scenes I’ve written that make me want to laugh or cry because of the emotion the characters display, I consider successful.Sometimes a character insists on showing his/her not so heroic side–that’s okay too, because if they aren’t three-dimensional, they won’t come across to readers as real.

What advice would you give other writers?
First, if you want to write novels, learn your craft. Just as a carpenter who doesn’t know how to use a hammer isn’t likely to create a decent table, a writer who hasn’t mastered the basics of grammar, spelling, composition and self-editing isn’t likely to produce a book that will catch a reader or editor’s eye. It’s not enough to be a college graduate who mastered themes, term papers, and theses–I know, because I thought I knew how to write before I found out the hard way that there are subtleties about writing genre fiction that are best learned by reading and studying the work of successful authors, before trying to put together a story. RWA, as an example, has chapter-level and regional conferences where wannabe romance writers can learn their craft. I highly recommend them, as well as fiction-writing classes offered at many community colleges and universities.

How did you decide how to publish your books?
My first book was published in 1996, back in the day when the only viable path for romance writers was with the Big However Many New York publishers. Five NY books later, I wasn’t the flavor of the midlist market anymore. My books were too steamy for category romance editors’ taste, not complex enough to make the then-standard 100,000 word count without devices like facilitating ghosts and/or long subplots. A friend suggested I submit some of my contemporary, too-steamy work to Ellora’s Cave, an epublisher, assuring me that the horror stories about authors making enough from epubs to buy a burger at McDonald’s weren’t true in this new, erotic romance subgenre. I found this was true, and for the next decade I wrote hotter and hotter, to the point that I was writing sex scenes that made me blush, with hardcore BDSM and menages. The pendulum had swung, and when I wrote original material in the past year or so, I found I wanted one man, one woman stories, still sexy but leaning back toward the conventional. When my rights were reverted, I began immediately to make these books back into sensual romances, minus redundant description of human anatomy and minus use of four-letter words when they weren’t necessary to convey character or emotion. I’m bringing these books back as sensual romances now, both independently and through Beyond the Page Publishing, which provides assisted publishing that includes professional editing and mechanical preparation.

Large publishers were late getting into the e-book market, and some seem to be feeling their ways around; small ones are starting up and closing with regularity which has always been the case. Independent publishing, with and without assistance like Beyond the Page and others who help authors to publish or republish their books, will most likely stick around, but its growth will be hindered by the lack of quality of many fully independently created and published books. I foresee ebook retailers adding more stringent quality controls, because there are too many books out in the marketplace, some I’ve bought to sample, where the overall quality of writing/editing (if any) is not even at middle school level. Nobody is going to toss a book across a room because of a minor formatting error or even an occasional misspelling or incorrect word usage, but too many of them, and these horrible examples of writing will hurt the sales not only of the poorly written books but also of independently published books in general.