You are here: Home / Interviews With Authors / Interview with Author – Andrew Pemberton-Fowler 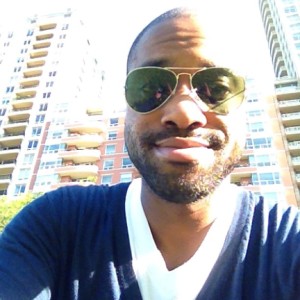 Andrew is the creator, writer, and executive producer of the acclaimed original series, DUDES. A lifelong television addict, Andrew has worked in independent television and film production, as well as being a summer intern on The Young and the Restless and The Bold and the Beautiful. Andrew has produced the short films The Decision, My Bad Day, Dennis is Dead, and Screens along with the web series Coffee Break, and the original radio dramas What Lies Beyond and Affairs of the Heart.

Andrew is currently developing two original web series, Man of the Hour and Street Kids. In addition to series, Andrew is the author The Revenge Game, Deceit, The Regal Family: A Kingdom of Andover Novel, and Gossip: A Novella.

What inspires you to write?
The interpersonal relationships between people are what inspire me to write. Someone once said that a love story doesn’t have to be “Romeo and Juliet”; a love story can occur between sisters, best friends, and parents and children. It’s how we deal with each other on every level that creates the tension which inspires me to write. As long as I can continue to dig deeper into what drives a character and gets them further (or closer to) their goal, the happier I am!

Tell us about your writing process.
ALWAYS AND FOREVER is published two times a week as a serialized novel, which means a lot of planning goes into the writing process. I generally map out the story for a year. This spells out what will happen to the characters, where they’re going, and how they’ll move forward. That document is about twenty pages along and can change as I write. From there, I breakdown the story into monthly breakdowns, which leads to the outlines for each book. Once each book is outlined, the writing begins!

For Fiction Writers: Do you listen (or talk to) to your characters?
I listen to what the characters say as I’m writing. I may be in the middle of a scene and notice that Alison or Will has switched sides. Why have they done that? Is it intentional? If it strikes me as a bold new direction, I’ll go with it. Always be willing to try something new!

What advice would you give other writers?
Keep writing. Just keep writing.

How did you decide how to publish your books?
I have no idea if there’s a market for a serialized eBook series published twice a week, so I decided to self-publish it. For me, ALWAYS AND FOREVER is a gamble I’m willing to take over the next year or so to see how people react to the story as a whole. I rarely give advice, but if you feel like one of your stories just needs to be told, but it’s a little out there, try self-publishing. What’s the worst thing that could happen? Someone reads it and loves it? If that’s the worst thing that could happen, go for it.

What do you think about the future of book publishing?
I think the publishing industry will continue its slow creep to the digital space. It’s vastly cheaper to produce books for the digital market, but the physical book will not die. Digital and physical books will probably split the market with physical books maintaining a slight edge. Who knows? We’ll see!