You are here: Home / Interviews With Authors / Interview with Author – Ana Bastow @Astrogea 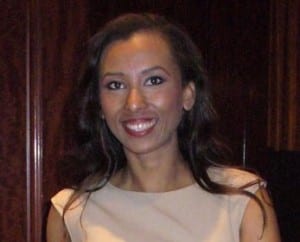 Aside from writer I like to consider myself a professional fan. I love Buffy, TBBT, Harry Potter, Twilight, Angel, Xena, X-Files, Dark Angel, Star Trek, Fairy Tales, LOTR, Star Wars, X-Men, Superman, Pushing Daisies, Invader Zim, The Tick, The Guild, Platinum Grit… As you can see I’m an equal opportunity lover: If I like it I like it A LOT regardless of how big/popular/hated the story is.

My first publication was in 2007 Fabulario de las Sombras (Shadow’s Fables) that featured my two short stories Corazón Roto (Brokenhearted) and ¿Quien rescatará a la princesa? (Who will rescue the princess?). In 2010 I published my short story Las lagrimas de una princesa (The tears of a princess) in the anthology Dienteleche. At the end of the same year I self-published for the first time in Kindle a series of fairy-tales called Fantasia with my winning title, plus new ones like La princesa Fea (The Ugly Princess), Siete Maneras de Casarse con un Principe (Seven ways to marry a Prince) and soon I will be releasing La Espada y el Anillo (The Ring and the Sword) kind of Game of Thrones fantasy tale.

Hypothesis is the first book of The Hekapolis Trilogy, my debut novel in English. I hope I can bring to others as much joy I have received from so many creators with my own works. I currently live with my husband and firstborn son in San Bernardino County, Southern California, USA.

What inspires you to write?
What doesn’t?
Sometimes I had added rich detail to my characters, out of small talk with a stranger in a bus stop. I’m always willing to hear everyone’s stories. My biography could be called “The Woman Who Loved Only Stories”

Tell us about your writing process.
First I read everything and talk with a lot of people. My subconscious get filled with a lot of words, feelings, scenes and characters that will produce a story sooner or later. Once one universe is ready to pop I start to hear the story. I wrestle the voices day and night they unavoidably win. Then I sit down and write their stories or else they won’t shut up. I usually do a light outline of the A plot and driving drama of the story. I write it all and then I start editing. I outline the secondary and tertiary plot and do some character sketches to fill in some small details. I usually know I’m done when I get sick of the story and I don’t get any new information from my imaginary sources.

For Fiction Writers: Do you listen (or talk to) to your characters?
I mostly start writing when my characters can’t leave me alone. I listen, talk, get mad and cry for them. Since I know them inside and out they are more real to me that many real people.

What advice would you give other writers?
I don’t think I’m qualified to give advice. We all have our different demons to fight.
The best I could say is “Whatever you are struggling with now you are not alone many other writers dealt with the same issue. Many failed but many others conquered. Try your best to overcome it and count yourself among the ones that made it.”
May the muses have mercy of our words.

How did you decide how to publish your books?
I publish because is the only way I can move on from stories. When the manuscript is still mine I keep tweaking and changing and second guessing my choices. If I kept editing more I will end up with no ‘voice’ and a dull tale.
I also think is crucial, for a writer, to have the feedback and real world experience that comes from having other minds interpreting your story. Nothing like readers to let you understand how the world sees your characters.

What do you think about the future of book publishing?
I see a great diversity on choices and publishing. I don’t think the big 5 are going anywhere but I don’t think self-publishing is going to crash and burn. If anything I think hybrids will be the norm. Some writers will start traditional but self-publish the titles their publishers won’t publish. Some indies will sign up with the big publishers once they are happy with their contracts terms. Some never will try to change what worked for them whether trad or indie. Is a brave new world and I think readers and writers alike, will find themselves benefiting for having more choices.

What do you use?
Professional Editor, Beta Readers