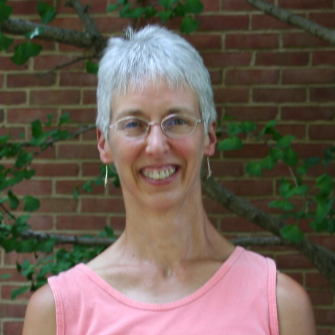 About Amber Foxx:
Amber Foxx was raised on Shakespeare and Sherlock Holmes by an English professor mother who taught a course on The Mystery Novel as Literature—an influence that lives on in Amber’s writing today. Her great-grandfather on her father’s side, a Union corporal during the Civil War, often dreamed the outcomes of battles the night before. She had her first psychic experience at age twelve, which her father assured her was normal—something that ran in the family.
Amber has worked professionally in theater, dance, fitness, and academia. Her training and academic studies in various fields of complementary and alternative medicine, including energy healing, bring authenticity to her work. She has researched psi phenomena through the scientific literature and by talking with seers and healers. A college professor and yoga teacher, she divides her time between the Southeast and the Southwest, living in Truth or Consequences during her New Mexico months.

What inspires you to write?
Since I spend years on each book, the growth of my inspiration is more like the process of slow-cooking a stew or growing a plant than the explosion of fireworks. My inspiration comes from a long-simmered mixture of memories and research, topped off with influences from random encounters. An article in a newspaper or a scholarly journal intersects in my mind with the memory of an intriguing person or event, and a plot takes root.

Tell us about your writing process.
I’m somewhere in between a "punster" and a plotter, and it varies from book to book. The Calling, my first book was so complicated that I used a kind of plotting grid as I went along, making sure each theme and subplot stayed on track, and yet it had a few undecided turns that evolved as I worked. Shaman’s Blues flowed more spontaneously, as did Snake Face. The plots for these middle two books in the series came naturally from one strong conflict. Soul Loss, like The Calling, has multiple oppositional characters and a web of subplots, and I had to do the half-plotting half-pantsing grid to weave the threads into a coherent whole. The latest book, Ghost Sickness, was plotted in my head more than on paper. I kept a list of open threads to resolve or pull out. A device I call the “letter from the antagonist” reminded me what clues I would need to plant and what was going on offstage, since I don’t write the antagonist’s viewpoint in my books. Although I’ve tried a few times, I’ve never outlined a book the way a true plotter might.

For Fiction Writers: Do you listen (or talk to) to your characters?
I take my characters with me when I run. I ask them, what's next? They know. And new scenes flow through my mind. While I don't talk with them out loud, I listen to them. They're always with me, in the background of my daily life.

What advice would you give other writers?
Write daily, even if it's only a paragraph.
Find several critique partners who will be honest with you, fellow writers, not friends or family. These should be people who understand plotting, characterization, pace and style, and who can point out what's working well and why in addition to what needs revision.

How did you decide how to publish your books?
I chose to self-publish because I write at the crossroads of several genres. My mysteries have a paranormal element–the protagonist is psychic–and a touch of romance, but the books are unconventional for all three genres. After researching the types of books that agents were likely to be interested in representing, I concluded that I might spend years trying to get a murder-less mystery traditionally published. It seemed wiser to spend those years building my audience. Two B.R.A.G. Medallions later, I'm happy with that decision. I'd advise new authors to be sure of the quality of their work if they plan to go indie. (See advice on critique partners.) A reliable professional editor is essential, and so is a good proofreader.

What do you think about the future of book publishing?
I think both paper and e-books will thrive. I'm hooked on my Nook and don't buy paper books anymore, but I know many young people (I'm a college professor) who prefer paper books as an escape from looking at screens. I'm an optimist and look for diversity in retailing and publishing in the future.

What genres do you write?: Mystery, Paranormal, Visionary Fiction