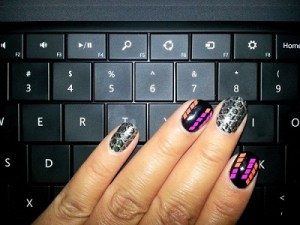 About Alexi Lawless:
Alexi LAWLESS has been a closeted writer for thirty-odd years—from way back when she was banging out stories on a Commodore 64 to her years writing the corporate strategies for some of the largest companies in the world. But it was two years ago, laid up after foot surgery, that she started to seriously consider whether it was time to come out as the novelist she’d always wanted to be.

Armed with a laptop and an around-the-world ticket, she quit the corporate scene and set out to see if her passion for writing was more than a pipe-dream. Less than a year later, Alexi’s debuting her first published novel, Complicated Creatures: Part One, with the second book due out this summer. And while you may catch her sipping a drink in Miami Beach, you’re more likely to find her indulging her nomadic tendencies somewhere in Latin America or Southeast Asia.

I took what I liked most about male leads in some of my favorite stories and turned the whole thing on its head. I started thinking, “What if James Bond were a woman? What if she was the head of the multinational corporation? What if she led a team of commandos from all over the world–what would that be like?”

And as I considered all the possibilities, she became crystal clear in my mind. I saw a modern Pallas Athena with true grit, style and the kind of savvy we admire but rarely see in female characters in a romance genre. Samantha’s no wilting flower; she doesn’t want for much, so that makes for an intriguing question–what kind of man can get a woman like that? And would she even let him?

Tell us about your writing process.
I’m an early riser, much to my dismay. My body’s natural circadian rhythm drags me out of bed at 5am, sometimes earlier. I like to start writing immediately, before the sun is up and the world around me is moving, because I’m still only semi-conscious and the story can flow out of me with little editing or impatience so characteristic of my afternoon hours.

I generally write uninterrupted until mid-morning, take a break for lunch and a workout or sightseeing if I’m traveling, then back to the grind late afternoon until about 9pm. My goal is typically 1,600 good words a day. And by good, I mean decent and unedited. My max is about 6,000. Past that and the writing becomes incoherent. Less than 1,600 and I start to seriously consider Hari Kari. It’s the Type-A in me. But don’t worry–after a couple bourbons, I’m generally pretty alright with the world.

The reality about writing is that it’s work. Fun, exciting, creative, awesome work–but work, nevertheless. If there’s a muse, I’ve never met her. I don’t think there’s such a thing as writer’s block. I do believe you can’t force good writing to come– that happens on its own– but first, you have to sit down and knock it out. The right words won’t come without your sitting down and writing them first.

For Fiction Writers: Do you listen (or talk to) to your characters?
My characters have definitely taken on a life of their own. In fact, when I first started writing, it was going to be a simple romance novel…and then Samantha developed into this international woman of mystery and the story just expanded from there.

What advice would you give other writers?
Keep.On.Writing.

How did you decide how to publish your books?
I’m a massive fan of eBooks for the simple reason that’s it made reading considerably cheaper and more accessible for many. Growing up, I went through books so fast, I’d burn through the library and eventually had to get a job in a bookstore so I could keep up with my habit at a somewhat reasonable discount (though I might as well just have turned every check I made back over to them anyway). That’s just not realistic for everybody. Additionally, it’s a pleasure to be able to not have to carry a separate duffel bag of books on every trip I take. Being able read almost anywhere, anytime is a joy.

As for conventional publishing… I don’t like the idea of a filter. I’m not interested in having editors tell me what should and shouldn’t be published. As a reader, I want to decide what I’ll pick up. Self-publishing has opened up the book market for so many talented writers who would have been told “no” otherwise. Excellent writers we might have missed. It galls me that Katheryn Stockett’s The Help was declined something like 60 times… what a loss that could have been had it never been published!

What do you think about the future of book publishing?
As a writer, I find conventional publishers even less appealing because they take a massive percentage of the profit for doing very little now that distribution can be so easily managed by the writer via online retail and print-on-demand publishing. Frankly, I’d rather make the extra effort of hiring an editor, a book cover designer, a formatter, a publicist, and virtual assistant myself if I want a staff of help, rather than let someone else brand my image in their likeness and send out a few galleys and press releases for a what is tantamount to highway robbery. (I have strong feelings about this– can you tell?)

That’s not to say other writers I’ve spoken to don’t absolutely love their publisher. Most of them are content to only write, and the conventional publisher takes a great deal of pressure off with advances, a support staff and a “be here at this time” approach to marketing.

I say each to their own on this one, and maybe it’s my years in the business world speaking, but I’d rather take the money I’d fork out to the publisher in royalties and invest that back in my own company, and eventually help other writers do the same.

What genres do you write?: romantic suspense, mystery thriller, action