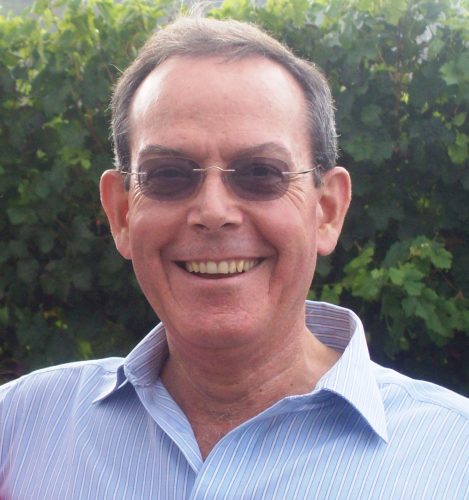 About Alan R M Thrush:
Alan Thrush was born in England, emigrating as a small boy with his parents and sister to Rhodesia in 1960. He was educated at Christian Brothers College in Bulawayo, and called up for national service in January 1974. Opting for selection and training as a career officer, he ended the bush war as a decorated captain in the Rhodesian African Rifles.

In 1980 Alan left Zimbabwe for South Africa, to begin a career in business-to-business marketing. He ran his own consultancy in Johannesburg for 30 years, and still runs it today, though from Spain where he moved in 2016.

He has two grown-up children.

'Of Land and Spirits' is his first book. He is writing a second.

What inspires you to write?
I am inspired to write by events that have impact on the individual. 'Of Land and Spirits' was inspired by the Rhodesian bush war. As with many wars, when it was over there were those on both sides of the fighting who felt misunderstood and unappreciated by those who had not fought. Whether or not this was true, I wrote 'Of Land and Spirits' to try to bring home the reality of what the soldiers had been through; what they had endured. The book was originally published in hardcover in 1997, but in southern Africa only, where it topped the bestseller lists in both South Africa and Zimbabwe. To bring the story to a wider audience, 'Of Land and Spirits' was re-published on Amazon Kindle in January 2020.

What authors do you read when you aren’t writing?
I read extensively, and I have been influenced by many books. Those that stand out for me in terms of being both favourites and having influence include Nicholas Monsarrat's 'The Cruel Sea', 'Jane Eyre' by Charlotte Brontë, and 'Bomber' by Len Deighton. Sebastian Faulks's books are all excellent, though I would not say that I have been influenced by them.

Tell us about your writing process.
'Of Land and Spirits' took me more than ten years to complete. The original version was told from one side of the conflict only. I then researched books written by combatants from the opposing side, too, and re-wrote the original manuscript to make it more balanced. Finally, I undertook a third re-write, from beginning to end, and after that I felt that I could not improve it further. The pause between each re-write gave me time to ponder and define what it was that I was trying to communicate. When I re-wrote the story for the third and final time, I added new characters whom I felt were needed, though the thread of the narrative of my second attempt remained more or less the same. I hope to complete my second book in a much shorter time span, perhaps a year or so.

For Fiction Writers: Do you listen (or talk to) to your characters?
Yes. Before I write, I develop each character in outline: their fears, their psychological burdens, their personal motivations or driving forces. Then, as I write, I try to get into their minds so that I can make my character descriptions as real as possible for the reader. As I go along, I find that the characters seem to begin developing of their own accord, and I am able to flesh them out from the original character outline.

What advice would you give other writers?
I would only repeat what is already widely advised: have your manuscript professionally edited, and have your cover professionally designed. Perhaps one more thing: never give up believing in yourself and in what you have written.

How did you decide how to publish your books?
'Of Land and Spirits' came close to being published by a recognised house. I keep the contract that was offered to me as a reminder of how close I came. But, when the contract was offered, I was already committed to self-publish, and the book was already at the printers. 'Of Land and Spirits' has always been a controversial story because of its subject matter – the Rhodesian bush war – which remains politically sensitive to this day. After the international success of Godwin's 'Mukiwa' which, though a great book, barely brushed the truth of what happened in the fighting, I decided to go it alone. I self-published in hardcover in 1997 (e-publishing was not available at that time), and achieved the #1 bestseller position in fiction in both Zimbabwe and South Africa. After a time lag of more than 20 years, a friend encouraged me to republish on Amazon Kindle, to bring the book to a wider audience. I did this in January 2020. My advice to new authors would be to try to win a traditional publishing contract with an established house. However, they should not spend too much time on this – perhaps one year. In the absence of any success, the answer is to self-publish.

What do you think about the future of book publishing?
In terms of the number of books published, book publishing seems to be moving towards e-publishing and self-publishing. However, the established publishing houses hold vast reservoirs of knowledge and experience about how to successfully market books, and it is probably fair to say that true success in terms of sales volumes remains generally possible only through them.