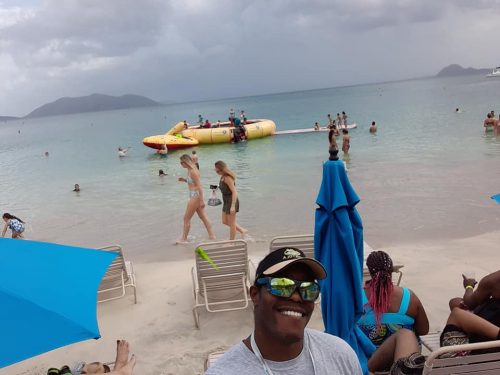 About AJ Hard:
Born and raised with an imagination handy, AJ Hard was ready to start a career he didn't even know was a job. After reading dozen of book series and many genre it was AJ's turn one day to make a decision. What genre is right for me? Growing up watching the Ghostwriter tv show AJ realized he loved a good thriller. 'Goosebumps' soon caught his attention. By 2010 AJ started creating stories until finally one was so good it had to be written, "Ever thought about how every lucky charm has to taken from somewhere?" he asks himself. Even though the first story created was 'The Haunted Cell Phone' AJ believed 'The Un-lucky Charm was the golden ticket of this factory! AJ still writes today with another series included called 'Magical Times'. "I just had an idea of what my life would be like in the future. The magic was just to add more excitement." "Magical Times" features real people, and some fictional people, in AJ's life. Narrated by one of his twin son's who's name is also A.J. (August Jordan)

What inspires you to write?
Reading, of course. I read many children's books, not just Goosebumps, that really got into my childish side. (Even though I was a child) I always figured I can write a story just as well, so I did.

What authors do you read when you aren’t writing?
Although book author's such as Barbara Parks, Arnold Lobel, and Peggy Parish all made such fantastic series I will always stick to R.L. Stine, like glue!

Tell us about your writing process.
When writing a story I just go with the flow, now that's something that I think a lot of authors DON'T do. When I create a title I first think of a name, imagine the setting (time, season, area), what kind of family they live with, and lastly how the title relates with the main character.

For Fiction Writers: Do you listen (or talk to) to your characters?
In a lot of my book I let the character do the talking. It help with the focus of the thoughts and feelings of one person instead of everyone's. When making character I always want to use common names, if some do become unique they aren't always a real name, just a work spelled in a unique way. Ex: a girl named Cliff is spelled Cliph. When making their characteristics I always think how their behavior might effect others and how it affects the story.

What advice would you give other writers?
All you need is a story. Grammar and parts of speech are important, but we all can't make the perfect book, because of common things like: using simple words Ex: like, or making minor mistakes Ex: a ant, or just simply "spoken instead of spoked" is too much to handle, especially when your self-published like me.

How did you decide how to publish your books?
I never really thought of it as a hard process. I mean you write a story and put it in stores, right? Well, yeah there's a little more than that. But, I wanted to make a book and become just as well-known as any author anyone ever talks about. I knew it couldn't take much, if you would have told me it take $1000 to get a book published I wouldn't believe you. "How could Arnold Lobel make that much money?" I'd say. To this day I want other people to know it may take a lot to reach a goal, but it doesn't take a lot to start one!

What do you think about the future of book publishing?
Everyone makes it seem like publishing and making it to Top 5 is an asking process. I see the future hold a way for authors and illustrators to be able to not always worry about money and give simple opportunities that won't always require an account and/or monthly fee.

What genres do you write?: horror fiction