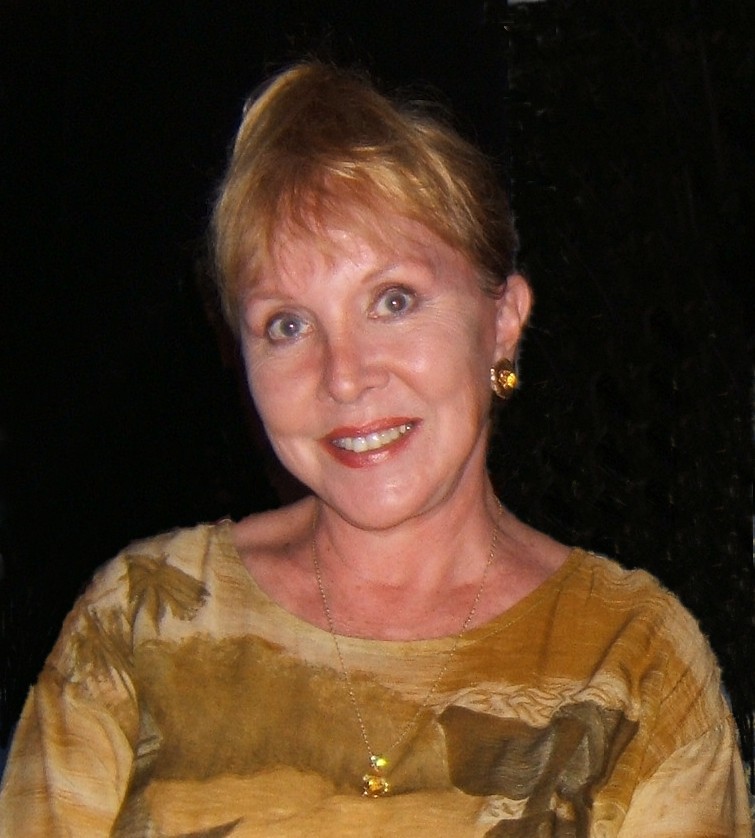 About Adair Arlen:
As an English major, my bent has ever been toward the written word; I’ve always been a voracious reader and continue to read two to three books every week. I like to be entertained, so I read fiction. In addition, I read the weekly U.K. Spectator, covering international news, opinion pieces, entertainment and the arts. I’ve been fortunate to have had a good education and my resume includes some wonderful jobs, including Playboy magazine in Chicago where I was Executive Secretary to the National Advertising Manager and another interesting job later as Secretary to the Director of University Graphics and Publications at Southern Illinois University where I enjoyed working with editors and writers, along with artists and designers.
When I left Playboy, the Editorial Department asked for me and I still mentally kick myself for declining the offer because at that time I hadn’t realized I was going to be a writer. Imagine — Playboy Editorial! I could have had a foot in the door of a publishing company — and I turned it down. Duh.

What inspires you to write?
Early in our marriage my husband asked me what I would be if I could be anything I chose. I immediately replied, “A writer,” at the time never dreaming I’d ever be one. Well, he took me at my word and built a studio for me where I could write undisturbed and kept after me until I finally wrote my first novel, desperate for him to stop nagging. That book was The House of Tomorrow and was the first in what was to become my Paul Gregory series. That was back in 1997 and I’ve now completely rewritten it, bringing it into the 21st century and cutting 10,000+ words, thus making it a tighter, better read. So I must admit it was my darling husband who was my inspiration to begin writing.

Tell us about your writing process.
I made an outline for my first book, but the characters took over and went their own ways, so I no longer bother with outlines. I have a general plan of what events will take place and a vague idea of how the story will end, but try not to force my characters to act or speak in certain ways or they will rebel. For example, in my first Paul Gregory book the hero turned out to be much more flawed than I’d planned and the guy who was to be a despicable knave turned out to be noble and self-sacrificing.
I edit all my own work and friends help me with cover creation and with technical challenges.

For Fiction Writers: Do you listen (or talk to) to your characters?
Oh, yes, I’ve learned to listen to them and welcome their input. They become much more real on their own; they create their own personalities.

What advice would you give other writers?
I don’t feel I’m in a position to give advice, as I don’t obey any of the advice I’ve read from other writers. For example, I’m undisciplined. I’ve always been told I should write every day and sometimes weeks go by when I don’t write anything at all. And when I do write, it’s not easy for me. Some writers complain that while they’re working they don’t like to stop for meals or sleep; they only want to keep writing. With me, I’m continually checking the time to see if I can quit yet. Yes, writing is a chore, as far as I’m concerned.

How did you decide how to publish your books?
I self-publish. I’m an indie writer because no traditional publisher has been interested in taking me on. I’m aware that time waits for no one, so I got on with it on my own. I’m an editor and edit my own work.

What do you think about the future of book publishing?
Everything’s happening so quickly in today’s publishing world, I just hope I can keep up. I always thought I’d never give up reading the printed page of a book I could hold in my hands and put a bookmark in, but I’ve been enjoying my Kindle Paperwhite for a few years now and don’t know what I’d do without it. In my opinion, the trend is definitely digital.

What genres do you write?: Although I don’t read romance, it seems that I can write it, so my books are romantic suspense and intrigue.