You are here: Home / Fiction / Intervention by Inge Moore 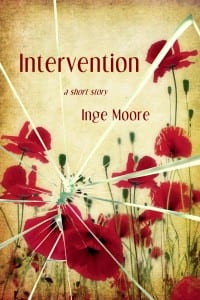 Celeste’s son, an addict, overdoses. While Celeste tries to put her life back together after this devastating loss, her ex-husband re-appears, blaming her for the death of their son.

Intervention is the final installment in a series of stories about Celeste available on Kindle. Others are: Something of Substance, The Sheets, An Honest Woman, and Cowboys.

Inge received her undergraduate and graduate training in creative writing at the University of Alberta, working with such writers as Governor General’s Award Winner, Rudy Wiebe.