You are here: Home / Poetry / Imagining the Future by Magdalena Ball 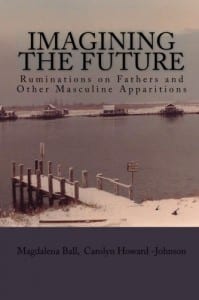 Part of the Celebration series by Carolyn Howard-Johnson and Magdalena Ball, this little $6.95 book was written with the literate man in mind, a lovely tuck-in gift that goes beyond the typical greeting card. BookAddict, an Amazon Vine voice, says of Imagining the Future: Ruminations on Fathers and Other Masculine Apparitions: “From the heroic to the mundane, the poems in this book are a beautiful tribute to all fathers. The imagery these two authors create with their words is profound and unique. Each poem took me to a new place and all sparked a vivid memory. These two gifted authors paint a vivid portrait on these pages. True magic.”

Magdalena runs The Compulsive Reader. Her short stories, editorials, poetry, reviews, and articles have appeared in a wide number of printed anthologies and journals, and have won local and international awards for poetry and fiction.

Magdalena holds a Bachelor of Arts degree in English Literature from CCNY (New York), an MBA from Charles Sturt University (NSW), and has studied literature on a postgraduate level at Oxford University (UK) and marketing at Newcastle University (NSW). She lives in on a rural property in New South Wales with her husband and three children. She is also the author of the critically acclaimed novels Black Cow and Sleep Before Evening, a nonfiction book The Art of Assessment, and two poetry books Repulsion Thrust and Quark Soup.

Visit The Compulsive Reader at
http://www.compulsivereader.com/html
or Magdalena’s website:
http://www.magdalenaball.com

Carolyn Howard-Johnson’s first novel, This Is the Place, won eight awards. Her book of creative nonfiction, Harkening: A Collection of Stories Remembered, won three. She has been an instructor for UCLA Extension’s world-renown Writers’ Program for nearly a decade and her book The Frugal Book Promoter, now in its second edition, was named USA Book News’ “Best Professional Book,” and was given the Irwin Award. Her second book in the How To Do It Frugally series is The Frugal Editor: Put Your Best Book Forward to Avoid Humiliation and Ensure Success is also a multi award winner. Her chapbook of poetry Tracings, was named to the Compulsive Reader’s Ten Best Reads list and was given the Military Writers’ Society of America’s Award of Excellence. She is the recipient of the California Legislature’s Woman of the Year in Arts and Entertainment Award, and her community’s Character and Ethics Committee awarded her work promoting tolerance with her writing. She was also named to Pasadena Weekly’s list of 14 “San Gabriel Valley women who make life happen.” She qualified as a published poet for Poets & Writers.

Her website is www.HowToDoItFrugally.com .
She blogs writers resources at Writer’s Digest’s 101 Best Websites pick
http://sharingwithwriters.blogspot.com and on War. Peace. Tolerance and Our Soldiers at: http://warpeacetolerance.blogspot.com