You are here: Home / Non-fiction / Business Books / How to Double Your Music Sales Income: The Secret to Selling More Downloads And Making More Money from Each One by Billy Kay @BillyKayMusic 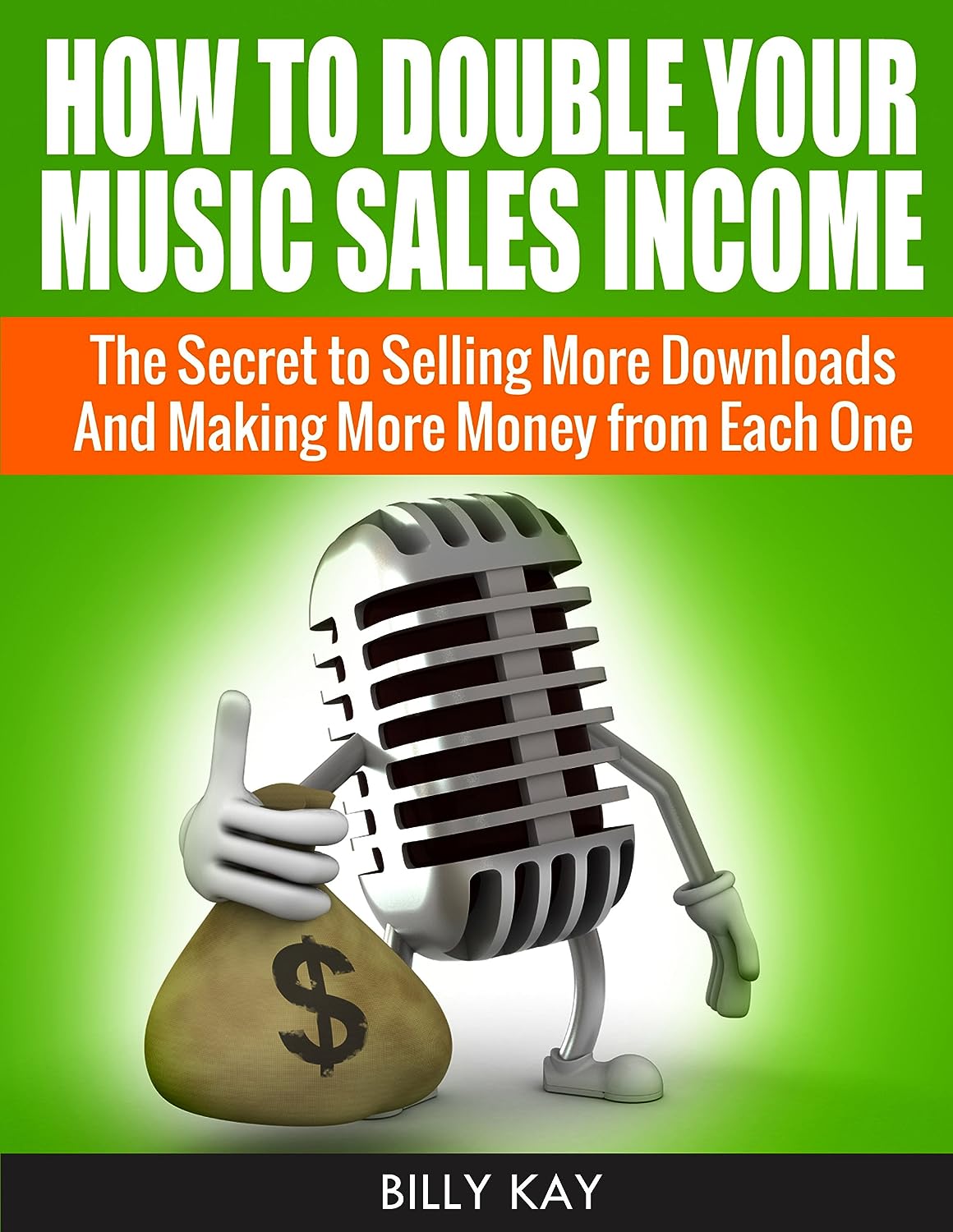 About your Book:
If you’re an Indie artist struggling with the 80 cents per download we make for each song, you quickly realize that each song needs to be downloaded a million times to see any profit. No offense, but most of us don’t get the same amount of downloads as Katy Perry or Taylor Swift. We actually struggle.

I’m going to show you an easy way to make each click on your download link make a sizable difference – I recently made $45 because someone clicked my “Available on Amazon” link.

This is accomplished in two ways: the up sell… and the affiliate link. Both are EASY. Both take just a few minutes to initiate.

Billy Kay Bio:
Billy Kay (B Knoblach) was marketing online since the Commodore 64, dial-up and DOS days! He learned his craft by trial and error. He would take apart other websites to see how they worked – to see what each line of code did – and then tinker with the scripts and try out the results on his own. Without realizing it, he became what we now call a “coder”.

Word quickly spread about his website skills and he was offered several high paying jobs in the adult industry, where he learned what we now refer to as Search Engine Optimization. Adult sites all used the same girl pictures at that time, so to be successful, a site had to rank #1 in the search engines.

Billy’s parents owned a Trophy Shop on Long Island. When they passed, Billy inherited the business. So he developed a keen sense for personalized products. There was a company in New Jersey called Mail Order Associates that had an engraved gifts catalog. They would put YOUR company name on the catalog, and would drop-ship items for you. Over time, Billy became an expert on drop-shipping.

When name brand stores jumped on the Internet bandwagon, Billy no longer had to wait for monthly catalogs to arrive in the mail. More products then he could ever need were now available 24/7 online. He no longer had to scan catalogs – product images were just a right-click away!

Since he spent years reading code, he watched what the big brand stores did as they developed their websites, and he incorporated their ideas into his own sites. For example, the ability to search within a site wasn’t around in the early days.

Affiliate marketing was invented. Rather then re-selling a stores products, all we had to do was place a special link to a store’s website and we’d make a commission on any sale. So Billy spent a year swapping out links to change them from going to his own shopping cart to the merchant’s website.

When his sites were ranking higher in search engines then the actual merchant’s names, we was hired as a consultant to teach merchants how search engines work.

When he retired two years ago, Billy had over 200 domains. He now keeps no more then twelve. Billy’s been an affiliate, a merchant, a consultant, a speaker, a blogger, and a frequent podcast guest and an article and forum contributor.

Billy became a Foster Parent 18 years ago, eventually adopting. He made a promise to himself to not have to go to an office so he can stay home and raise his child. And online marketing fit that bill to a tee! His son just turned 18, and will be going off to College this year, so Billy plans to move to a VERY small town in the hills – with a stream – and pursue his love for music.

Within the online industry, most people know who Billy Kay is. No one ever heard of Billy the songwriter. He used his online skills to promote himself, and in less then a year, fans all over the world have downloaded his songs! It’s been a great run, and he looks forward to the next adventure!

Where to Buy Your Book
Link To Book On Amazon