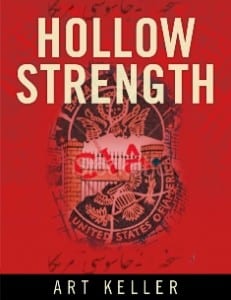 WILL THERE BE WAR BETWEEN THE US AND IRAN?

June, 2014. The world is shocked as Iran’s newest and most powerful destroyer, the Shaheed, explodes and sinks on its maiden voyage, killing a full cadre of VIPs, including a dozen of the most powerful clerics in Iran. The ship’s executive officer, Commander Mohsen Saeed of the Iranian Revolutionary Guard Corps Navy, ashore during the explosion, frantically works to uncover the truth behind the sinking of his ship. Unfortunately for Saeed, learning that truth puts him and his family in grave danger; he is targeted by death squads who want him to carry the secrets he has unearthed to his grave. Meanwhile, accusations of blame for the sinking of the Shaheed bring the US and Iran to the brink of war. As the net of pursuit draws ever closer, CIA officers Joe Cerrato and Cynthia Banks struggle to get Saeed and his family out of Iran before they are caught and executed in cold blood. Full of authentic detail from an author who has served as a field officer in the Directorate of Operations of the CIA, Hollow Strength serves up a compelling picture of the Iran of tomorrow, and the perils of real world espionage operations.

Jeff Stein, author of “ A Murder in a Time of War,” veteran Washington Post journalist and former and “Spy Talk” blogger, says:

“Art Keller has definitely been there, done that. As a former CIA operative in the agency division responsible for tracking black market nuclear weapons, he has seen enough to make his hair stand up straight permanently, and in “Hollow Strength” he’ll make yours stand up, too.”

“In ‘Hollow Strength,’ Art Keller accomplishes two things: he tells a great story from the mind of one who has been in the ‘business,’ and he has an uncanny knack of letting his reader know what Iranian culture is truly like. The story begins with the sinking of an Iranian naval vessel by its own government and the captain who figures out the plan. “Hollow Strength” centers on the proud Iranian Naval officer who realizes he is being used as a pawn by the Iranian government and his attempt to bring his family to the United States and the two American agents who devise an intricate plan to try and help him.
There is a lot of background information in the beginning, but once the action begins it is non-stop. It is a heart-throbbing thriller that will keep you glued to the page. If you enjoy espionage and are into the U.S./Iranian political tug of war, Art Keller’s “Hollow Strength” is a no brainer. You will love it.”

Art Keller is a freelance writer and former case officer in the Counterproliferation Division of the CIA’s the Directorate of Operations. His work has been published in Foreign Policy.Com, the New York Times, the Daily Beast, the Washington Post, Forbes.com and many other outlets. He has done commentary on intelligence and national security issues for CNN, CBS, NPR, the National Geographic Channel, and the News Hour with Jim Lehrer.