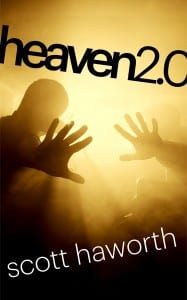 Having been born in the 28th century, Mike Kepler never believed in the existence of Heaven or Hell. The myths of the old faiths had been abandoned and replaced with the teachings of The Church many centuries earlier. The young physicist is shocked to learn that there is an afterlife when he is recruited by the Taipei Corporation. It was created by a team of scientists rather than God.

Mike’s job is to travel to the past and save people at the time of their deaths using advanced medical technology. The individuals are then brought back to the 28th century, judged on the sins they committed and sentenced to an eternity in the artificial Heaven or Hell. Mike quickly learns that the project is far less noble than it appears. He discovers that many of the people sentenced to eternal torment in Hell do not deserve their fate.

Scott was born in the wagon of a traveling show. His Momma used to dance for the money they’d throw. Pappa would do whatever he could… Well, not really. That would have been a lot more interesting though. He was actually born in the suburbs of Cleveland.

After existing for several more decades, Scott graduated from The Ohio State University in 2004 with a degree in history and political science. Six months later he decided he wanted to be a writer, which made the degree largely worthless. Oops.

Scott has written many novels in genres ranging from science fiction to political satire. He tried combining the two genres once, but he didn’t think anyone would be interested in a sex scandal involving the President of Blargon 7.

When not writing, he enjoys being asleep.

He currently lives in central Ohio, or as you might know it better as, “that state I fly over on my way to a state I care about.”