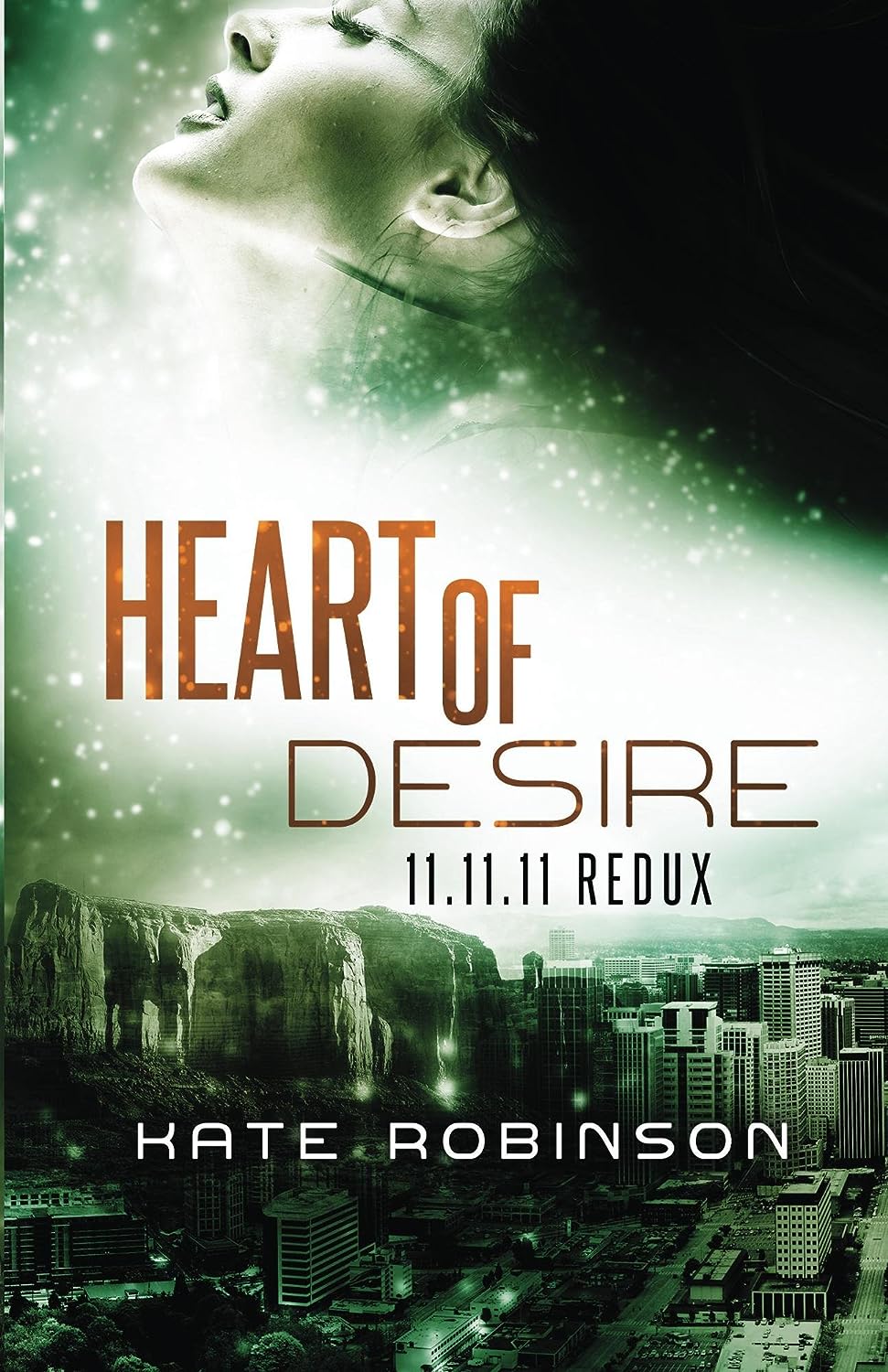 Not exactly. Here’s where the cosmic shift began:

As election year 2008 unfolds, Tess Vaughn’s deepest desire is to give up romance and live a quiet life in rural Arizona. But when the former investigative journalist jogs into the arms of married presidential candidate Senator Harris Cantrell Henry, she finds trouble galore.

Not only does Henry tell her things she doesn’t want to hear about abuses of the National Investigative Homeland Security Agency (NIHSA) and his political nemesis, Senator C. Clelland Collins, he babbles gibberish about doubles, ETs, and UFOs.

Tess finds herself pregnant when she ends the trysts. Her daughter Mikka’s paternity and precocious talents are secrets she knows she must keep. But her secrets aren’t safe when Senator Harris Henry becomes the 44th President of the United States.

On 11.11.2011, the hyped pre-2012 window of positive opportunity, President Henry announces his intention to engage the United States in the international fight against global warming. But his deepest desire to provide full disclosure of his contact with extraterrestrials remains an uneasy secret. When President Henry disappears, Tess’s fears for Mikka’s safety mount.

Tess enlists the assistance of two upbeat New Age ministers, Marshall and Savannah Updike. Their greatest desire is to witness the triumph of good over evil in 2012. The couple challenges Tess’s common sense with their discovery of a Bible Code prophecy about an enigmatic “Starchild” whose fate is linked with President Henry. And the Updikes insist that meeting another handsome hunk is Tess’s best hope for Mikka’s survival.

Carson Hodges’ one-pointed desire is to live in the moment and reach enlightenment. The Native American healer charms Tess with his lack of guile and manages to steer her one step ahead of trouble. That is, until Tess’s brother Paul Vaughn – whose only desire is to be loved – talks too much to the wrong people.

Will the Starchild fulfill her karmic desire as the clock races toward December 2012?

What Inspired You to Write Your Book?
I had a compelling dream that eventually became a scene in the final chapter.

How Did You Come up With Your Characters?
The characters in Heart of Desire are based mostly upon real people. I sometimes bring autobiographical situations and people I know or encounter or observe from a distance. into my novels and short stories.

About the Author:
Kate Robinson began her lit career writing bad poetry in Des Moines, Iowa, and continued to hone her writing chops in Arizona, California, Florida, Illinois, New Mexico, Wales, and Kenya, which serves her well as chief wordwhacker at Starstone Lit Services near Los Angeles. Her stories, essays, and poetry appear in international anthologies and journals, and she also expounds upon jellyfish, sundogs, and sundry digressions on the writing life at Jellyfish Day (www.jellyfishday.blogspot.com). She loves the appearance of the extraordinary in ordinary daily life and tries always to dance with paradox and absurdity.