You are here: Home / Children and Young Adult Books / Haven: A Stranger Magic by D.C. Akers 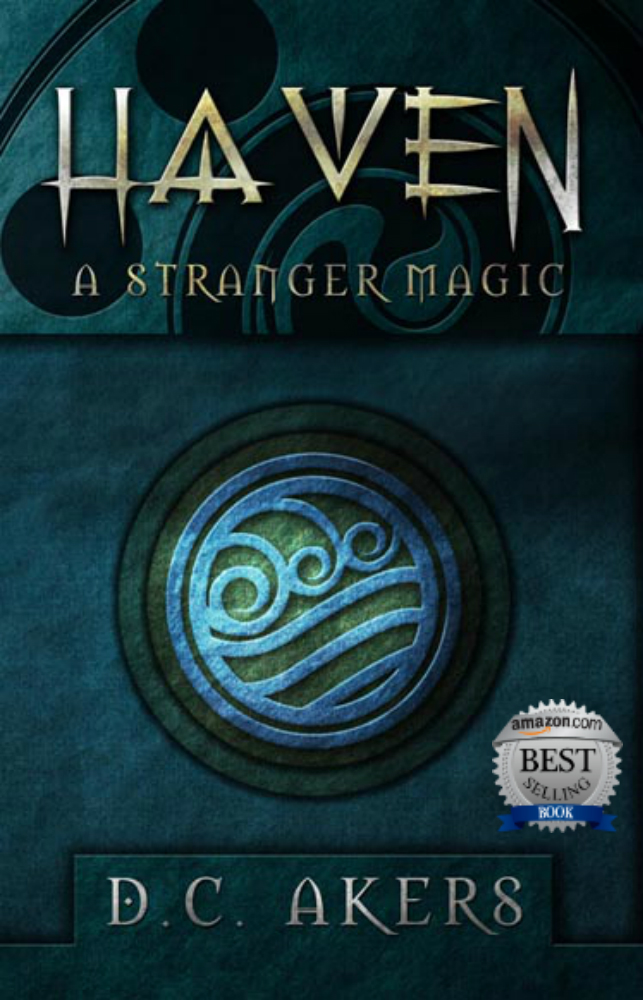 Is MAGIC real? Find out in this captivating BEST SELLING series that will intrigue your mind and bewitch your senses.

“Haven: A Stranger Magic is a fantastic introduction into an exciting new world full of action and adventure that will keep you turning pages till the very end. This short story is sewed together with all the right stuff like magic, mystery and lots of secrecy! Dare I say that some parts are even a little scary and a bit creepy, i.e., spiders!” – J.D. Ward

Sam Dalcome thinks he is so completely average that no one ever notices him. Until he discovers a mysterious stranger outside his home. Bewildered, he tries to uncover the stranger’s intentions. But Sam is sidetracked when he and his friend Travis discover a secret passageway deep in the town’s quarry that leads to a hidden cavern. What they uncover next will not only change their lives forever, but will uncover the first clue to a deadly Dalcome family secret. Sam finds himself drawn into a world of mystery and magic he never knew existed, which brings him closer to a destiny he never knew was possible.

What Inspired You to Write Your Book?
"This series is more than just an adventure; it's about self-sacrifice and overcoming tragedy. It's about Sam leaving behind the person he thinks he is and becoming the hero he was meant to be. People tend to forget that most heroes are forged from great suffering and Sam Dalcome is no different."

How Did You Come up With Your Characters?
A lot of my childhood is wrapped up in this series, from people I know now, to friends and family, both past and present.

Book Sample
Sam stood gasping for breath. His muscles ached, and he was terrified. He was lost. Massive redwood trees towered above him, branching out in all directions. Patches of snow and large rocks littered the ground before him. He winced and took a knee. The ache in his side felt like a stab wound. His heart pounded against his rib cage as if it would burst from his chest at any moment. How long had he been running? The cold air stung his throat when he swallowed; he needed water. Sam straightened himself slowly, inching forward down the narrow pathway. Large boulders covered in dense ferns and moss that dripped of moisture formed a winding pathway between the redwoods. Sam knew for certain that wherever he was, it was far from home.