Cuba roils with political unrest as Fidel and Raul Castro sink deeper into dementia and failing health. In a desperate ploy to save the communist regime, sultry Cuban spymaster Larisa Montilla takes on the CIA in a tit-for-tat shadow war of assassination. As the bodies pile up, FBI Agent Nick Castillo defies orders and travels clandestinely to Havana. Nick gets more than he bargained for, falling into a trap set by Montilla, Fidel’s heir to power. But Montilla’s leverage over Nick is matched by his discovery of a deep secret in her past, leading to a war of wits.

Nick returns to ferret out a web of spies deep inside the U.S. government which Havana has patiently built up over the years — traitors who are hemorrhaging official secrets. But he must navigate a wilderness of mirrors that leads him to an assassination plot against the Castros’ No. 1 enemy – the President of the United States.

Steeped in the world of government secrets, with service in Cuba and Gitmo, the author makes you feel like you’ve been cleared into a Top Secret program, confident that you have the inside information. 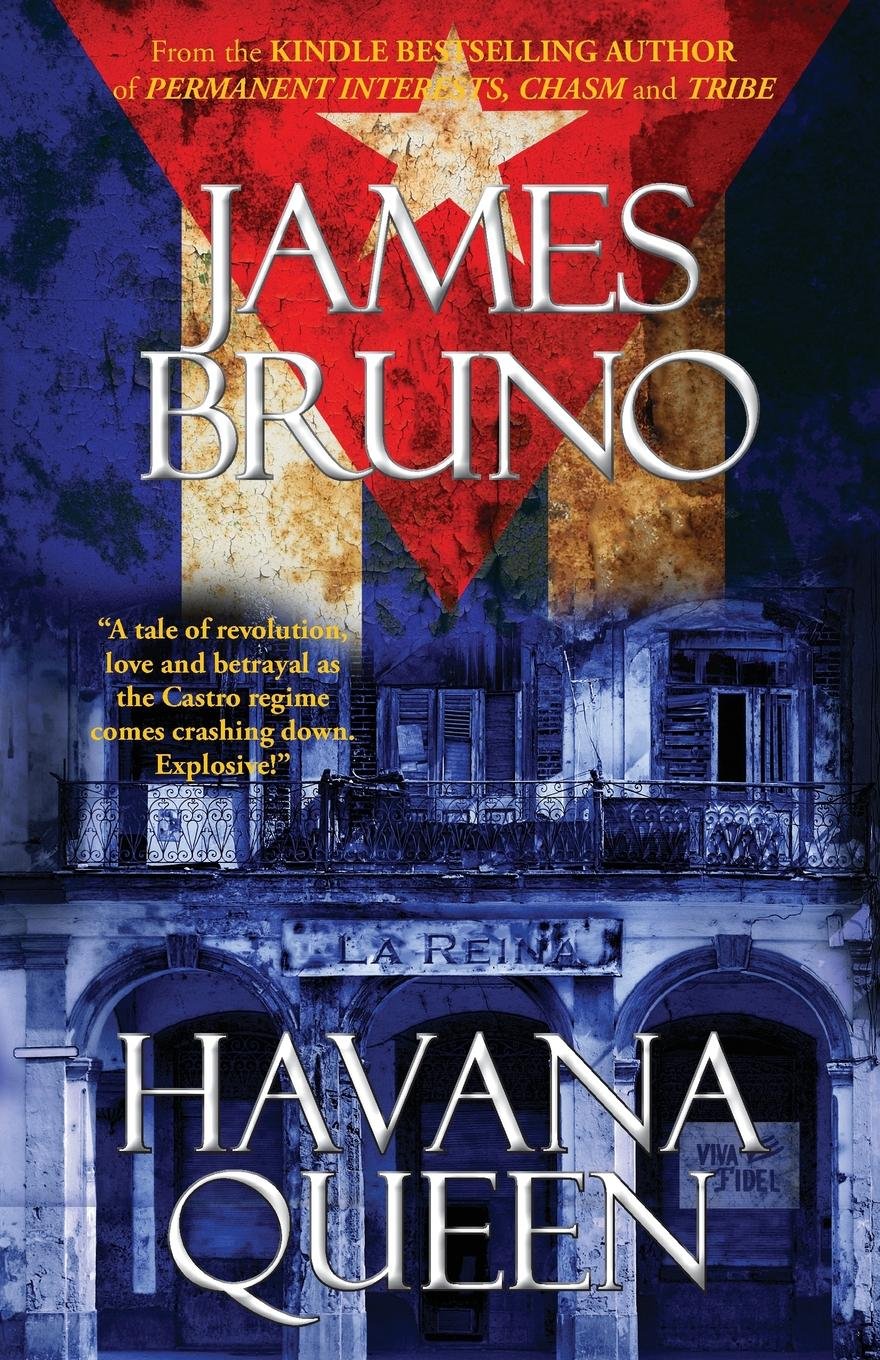 How is Writing In Your Genre Different from Others?
Need plenty of action and good verisimilitude.

What Advice Would You Give Aspiring Writers?
Don’t give up while perfecting your craft.

What Inspired You to Write Your Book?
I invested more of my heart in HAVANA QUEEN than in any of my previous novels. It is the culmination of four years of research, writing, and production. The magical and sad country of Cuba got under my skin during my service there as a diplomat in the mid-90s. Yes, there was the intrigue: being constantly surveilled and harassed by Castro’s secret police; the politically charged yet constructive monthly meetings with Cuban military officers on “The Line” at Guantanamo Naval Base; cork-screwing in for a landing at GTMO as mine fields exploded by accident on the Cuban side; attending policy discussions at the White House. Heady stuff all. But the human encounters made a deeper impact on me: The warm embrace and tears of a mother whose family was hounded by the communist regime after her son, a member of the military, made an unsuccessful attempt to flee the island. Saying a sad farewell to other young failed migrants we sent back through the northeast GTMO gate; the doctors, engineers and other professionals who spilled their guts to me as they drove cabs, cleaned hotel rooms, or hustled tourists to get some hard currency to keep food on the table for their families. And then there was the young Afro-Cuban girl who was tasked with tailing me on a lazy Sunday in Santiago. After hours of baking in the hot June sun, this girl was exhausted and dehydrated. Her shy smile is etched in my mind as I presented her with a flower at the end of her long day of surveilling me.

But the throbbing music, which infuses the air everywhere in Cuba, the vivaciousness of the people, and their anticipation of change get under one’s skin. Cubans have one eye on the dinner table and one eye on the clock. Scraping enough resources to feed their families is a daily challenge. But their focus on the clock, waiting, waiting, waiting for change, is very palpable.

I strove to capture Cuba three-dimensionally in HAVANA QUEEN. The smells, sounds, the people’s mindset, the cynicism are all incorporated in my characters: Larisa Montilla – Fidel’s ruthless spy master; Col. Henrique Marcial and his son Yuri – patriots who fall out with the regime; Yamile Acosta – the young blogger who knows too well how the keyboard is mightier than the gun. Private tetes-a-tetes between Fidel and Raul. And the Americans: FBI agent Nick Castillo – mole hunter who gets swept up in Cuba’s political maelstrom; Kate Kovalchuk – Nick’s CIA counterpart, and lover; and the moles: Philip and Deirdre Livingston and Amelia Hernandez – offspring of privilege who spy for a bankrupt dictator. It’s a delicious Caribbean stew of intrigue, love and betrayal – Cuban style.

HAVANA QUEEN hit a sensitive nerve in the Castro government. Shortly after its publication, Havana denounced the book as one of Washington’s “subversive acts against the Cuban government.” I must be doing something right as a writer.

The great Spanish poet, Federico Garcia Lorca, enchanted with Cuba after his 1930 visit there, wrote, “Si me pierdo, que me busquen… en Cuba.” Likewise, should I go missing one day…

About the Author:
James Bruno is the author of three bestselling political thrillers. He has been featured on NBC’s Today Show, Fox News, SiriusXM Radio, in The Washington Post, Christian Science Monitor, Huffington Post, and other national and international media. His spy-mob thriller PERMANENT INTERESTS and CHASM, a thriller about war criminals, have landed simultaneously on three Amazon Kindle Bestseller lists, including #1 in Political Fiction and #1 in Spy Stories. They were joined by TRIBE, a political thriller centered on Afghanistan. HAVANA QUEEN is an espionage thriller set in Cuba. THE FOREIGN CIRCUS, a book of satirical essays on U.S. foreign policy is now out. Mr. Bruno is a contributor to POLITICO Magazine and an instructor at ThrillerFest.

Mr. Bruno served as a diplomat with the U.S. Department of State for twenty-three years and currently is a member of the Diplomatic Readiness Reserve, subject to worldwide duty on short notice. Mr. Bruno holds M.A. degrees from the U.S. Naval War College and Columbia University, and a B.A. from George Washington University.

His assignments have included Cuba, Guantanamo Naval Base (as liaison with the Cuban military), Pakistan/Afghanistan, Vietnam, Cambodia and Washington, DC. He has spent ample time at the White House and has served in a Secret Service presidential protection detail overseas. He also knows the Pentagon, CIA and other foreign affairs agencies well.

The author is honored to have been denounced by name recently by the Castro propaganda machine for his latest thriller, “Havana Queen.”

Based on his experiences, James Bruno’s novels possess an authenticity rarely matched in the political thriller genre. His political commentary in POLITICO, Fox News, SiriusXM Radio and foreign media has won national and international attention. If you like taut, suspense-filled thrillers written by someone who has actually been at the center of the action, read James Bruno’s books. You will not be disappointed!