A Unique Voice In The Paranormal World!

Looking for something new? Bored out of your mind with the Vampire-Werewolf love triangles?
Godhunter will thrill you. It will open up a whole new world that you’ll want to return to again and again!

There are some things that really annoy Vervain Lavine. Like when people call her Vivian; “Vervain’s an herb, look it up.” Or when people don’t get her movie quotes; “Why doesn’t anyone appreciate culture anymore?” But what really bothers her is when gods manipulate humans. “They’re not even really gods, just Atlanteans playing dress up!”
Yeah, that’s right, the gods are Atlanteans. Basically a bunch of refugees who decided to take over. It was a sweet deal for them, at least back when we believed in them and all. Not so much anymore. Nowadays, there aren’t too many folks lining up at the altars and gods are suffering for it. Without our sacrifices, they don’t have enough juice to keep living in the manner to which they’ve grown accustomed.
So they came up with a plan. All they had to do was get us to fight each other, go to war. When our soldiers die, they’d suck up the energy like a temperature-resistant fat man drinking a milkshake line-up. Not such a bad idea, and it’s worked for quite awhile. Up until the moment Vervain found out.
Now, don’t get the wrong idea. Vervain’s no Laura Croft. She can’t bench press 200 lbs or shoot laser beams out of her eyes either. She does have magic on her side, so she’s not completely defenseless, and she’ll do whatever it takes to end this threat of divine proportions. Even if it means hunting one god at a time.
But her greatest annoyance is yet to come, in the form of a gorgeous Viking God who swears he’s on her side. If she can keep her eyes off his leather pants long enough, they might even stand half a chance. 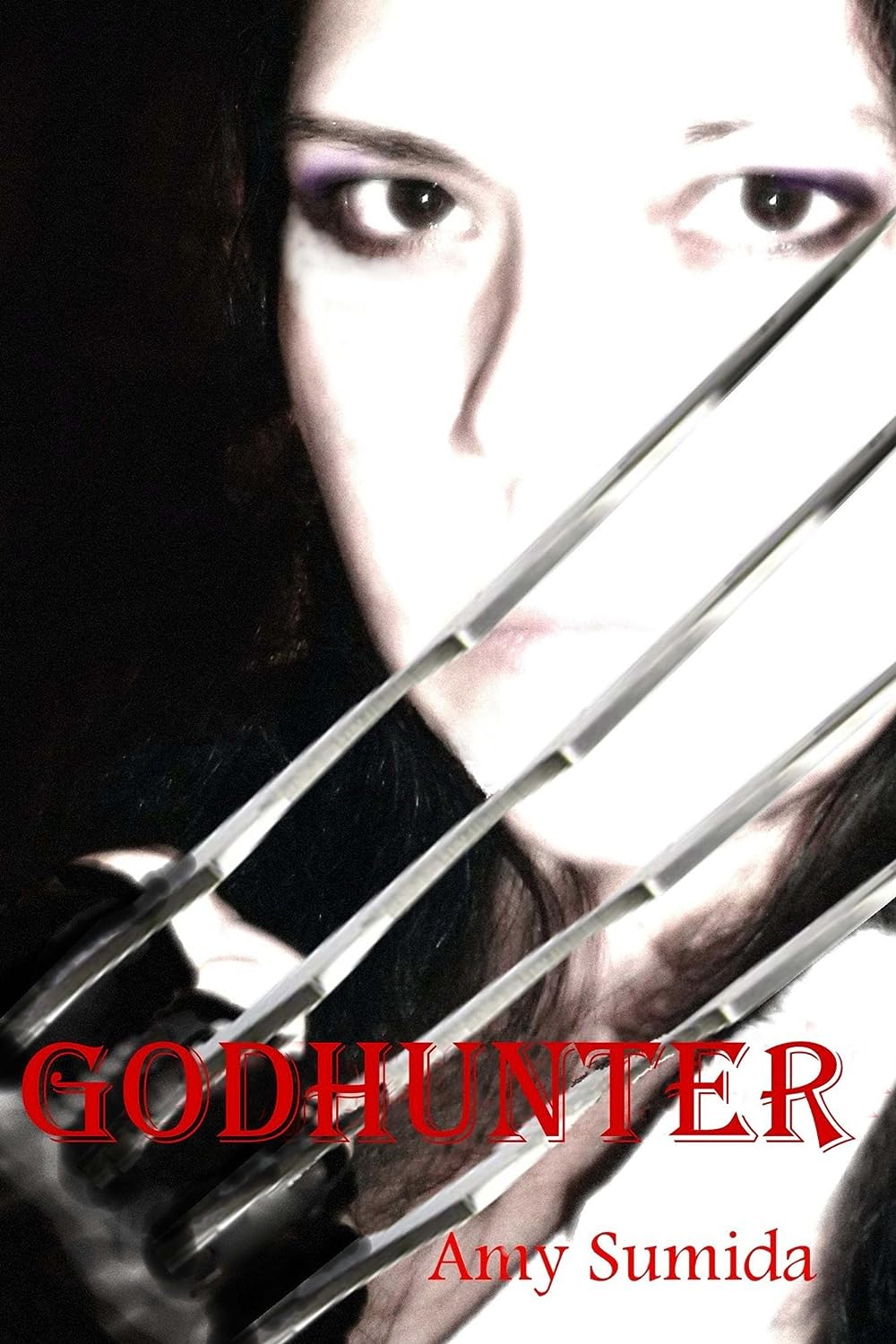 How is Writing In Your Genre Different from Others?
I think the Paranormal genre has a lot of go to standards, so to come up with something new takes a lot of effort and creativity.

What Advice Would You Give Aspiring Writers?
Keep writing and keep reading! No matter what negativity people send your way, use it to better your book, don’t get weighed down with people’s opinions.

Author Bio:
Amy Sumida lives on a little island in the middle of the Pacific ocean with her two gravity-defying felines. She sleeps in a fairy bed, lifted high in the air, and upon waking, she enjoys stabbing people with tiny needles, over and over, under the guise of making pretty pictures on their skin. She paints dark images on canvases in a cave-like studio carved out of the side of a cliff, and beautiful murals on the walls of her home directly above. She’s happiest with her nose buried in a book, or in her laptop as she writes her novels.
She is the author of several books, including the Godhunter series, Feeding the Lwas, The Magic of Fabric, Enchantress, and Bargains of the Heart. She’s been writing since she was a little girl but first decided to pursue writing as a career when she gave her High School English teacher one of her books to critique and unbeknownst to her, that teacher passed her book around to all of her friends. A month later she was accosted in the halls by a teacher she didn’t know, begging her to write a sequel. She’s been writing novels ever since.
She enjoys serious, kick-ass heroines in her literature. “Nothing is more endearing than a woman who goes up against overwhelming supernatural odds with a sense of humor,” she says. “Who wouldn’t want to be that woman? I want to be that woman. So that’s who I write about, the woman I want to be and the men I want to be with.” Her main characters are strong, witty women, who in the midst of trauma will crack a joke, or find the nerve to sass a villain even when they know it’s not in their best interest. Add to that, strong male characters who aren’t intimidated or emasculated by the main heroine’s strength and you have a dynamic partnership. Amy’s books aren’t about women being more powerful than men or subjugating men in any way, they’re about women who can be strong and yet want their men to have their own strengths as well. More importantly, her heroines have humility and weaknesses that make them not only believable but easy to relate to.
She’s also an artist and you can find her paintings for sale on Etsy.com. She paints a series of “Living Voodou Dolls” and also scenes inspired by Hawaii. She enjoys the unusually beautiful as well as the obviously beautiful. It’s hard to ignore paradise when you’re living in it.

What Inspired You to Write Your Book?
The myths and religions of the world. They fascinate me. I think that if you get to know a people’s gods, you get to know them. So I started thinking what if those gods were real? What would they be like if they were just people with magic, not really gods at all. What would they do to keep their status?