You are here: Home / Bargains and Freebies / Bargain Books Under $3 / Fragments: The Sequel to Survival by Chris Wright 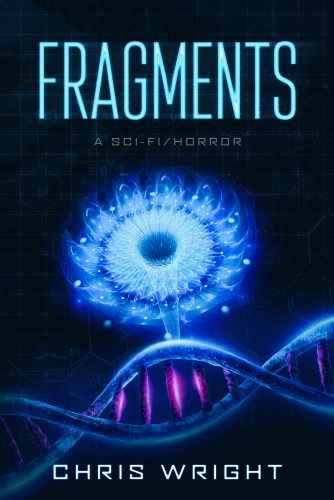 Brandon started his day as normal, but suddenly, without warning, everything changed. The world around him began to dissolve away, threatening to dissolve him with it. All he can do is run to try and stay alive, a futile effort, until Danny calls him. How does Danny know what he knows? Who is the mysterious ‘Auton’? Why are Brandon and his friends all in danger? And why is reality, as they know it, falling apart and ripping up the rule book of what is considered ‘normal’? Gradually, the world is invaded by impossible creatures, and there seems to be no way to stop them.

What Inspired You to Write Your Book?
I wanted to continue the story and the characters from the original book. There was so much more to be told, and new themes to expand on. I also wanted to give each novel a different quality, a completely unique vibe in comparison to the other, so that I can explore different facets of the characters and reality itself.

How Did You Come up With Your Characters?
They are continued on from the original story, this time thrust into new and bizarre situations, which gave me a way to flesh out their individual characteristics further than I did in the original. The characters by now are well known to myself, so I wanted the readers to start to feel that they know them as well as I do.

Book Sample
He could see the shimmering metal wave coming closer; everything in its path becoming part of it. All he could find was his mobile phone, so he grabbed hold of it and threw his bag to the floor. He took one last glance at the cascading metallic flurry as petrified spectators dashed towards him. He watched completely horror-struck and in bewilderment as a man’s body slowly rippled away into the same metal flickering pieces, his body simply re-forming itself into these tiny shining fragments; becoming the fragments. Brandon didn‘t know what to make of any of this, it was insane. The tiny metal fragments looked like insects; swarming and buzzing in synchronization. What the hell was happening? He had no time left to think about it, all he could was run again. He launched himself forward, his legs still tired from his 175 meter dash, but he had to override any pain that came, any ache had to be put to the recesses of his mind. He quickly reached the stadiums exit and surged forward down the road, his legs obeying his commands, refusing to give in. Behind him the scene was changing from pavements, streetlights and cars to fluttering flurries of metallic insects, a hive of flashing parts enveloping the tapestry of the surroundings, the surroundings becoming them.

Links to Purchase eBooks – Click links for book samples and reviews
Buy Fragments: The Sequel to Survival On Amazon