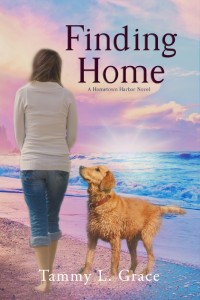 A coming to life journey for a middle-aged woman, who flees to a small island expecting a change of scenery and discovers much more.

Shattered by her husband’s infidelities after twenty-five years of marriage, Sam Collins is plagued by constant fear and loneliness, reliving the tragic death of her parents and the betrayal by the man she loved. She leaves Seattle seeking relief from the relentless darkness that has swallowed her. With only her dog for companionship, she sets out to live in her vacation home on San Juan Island.

In her search for a carpenter, she meets the handsome and very available, Jeff Cooper. Sam’s not looking for romance, but can’t deny the attraction to the retired firefighter, turned handyman. While working together and eating her pies, Jeff finds himself falling for her.

The past she wrestles to let go of comes hurtling back when she least expects it. In an effort to help a struggling young man, she is forced to confront the anguish she is desperate to escape. While torn between love and friendship, she must face her fears and choose between the life she’s known and a chance for a family and home she’s been longing for all her life.

What Inspired You to Write Your Book?
I visited the San Juan Islands a few times and fell in love with the beauty of the area. While I was on the ferry I saw a woman with a dog and the story sprouted from that encounter.

How Did You Come up With Your Characters?
My main character, Sam, is a woman approaching middle-age and I had her in mind based on my idea of a woman fleeing the big city and a successful career for a change of scenery. I set about creating a “community” of characters who she would meet on the island. This is the first book in the series, so the reader is introduced to the setting and some of the characters who continue throughout the series. This required thinking ahead and planning the subsequent books to some extent.