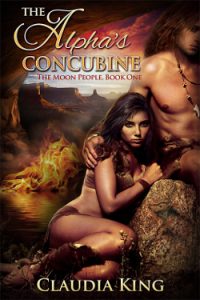 Taken from her people. Claimed by an alpha. Forced into a new life.
In a time before tools of metal and houses of wood, tooth and claw rule the wild places of the world.

The Moon People have been enemies to Netya’s kind for as long as the stars can remember. They are monsters, demons, men and women who take the shapes of beasts. The murderers of her father.
An outsider taken as a prize by the pack, Netya must overcome suspicion, rivalry, and the division of her own heart as she grows to realise that monsters wear many different faces.
Among the Moon People she uncovers the potential of a life she never knew existed. The chance for a woman to become something more than a prize, or a mother, or a concubine. But as the alpha and others vie for her heart, the powerful huntress Vaya seeks to purge Netya from her pack.
Before Netya can decide where she belongs, she must endure the trials of love, hatred, and heartbreak. The girl taken as a trophy must become a woman.