You are here: Home / Children and Young Adult Books / Fearless Five and the Really Hot Day by Steve Johnson @thefearlessfive 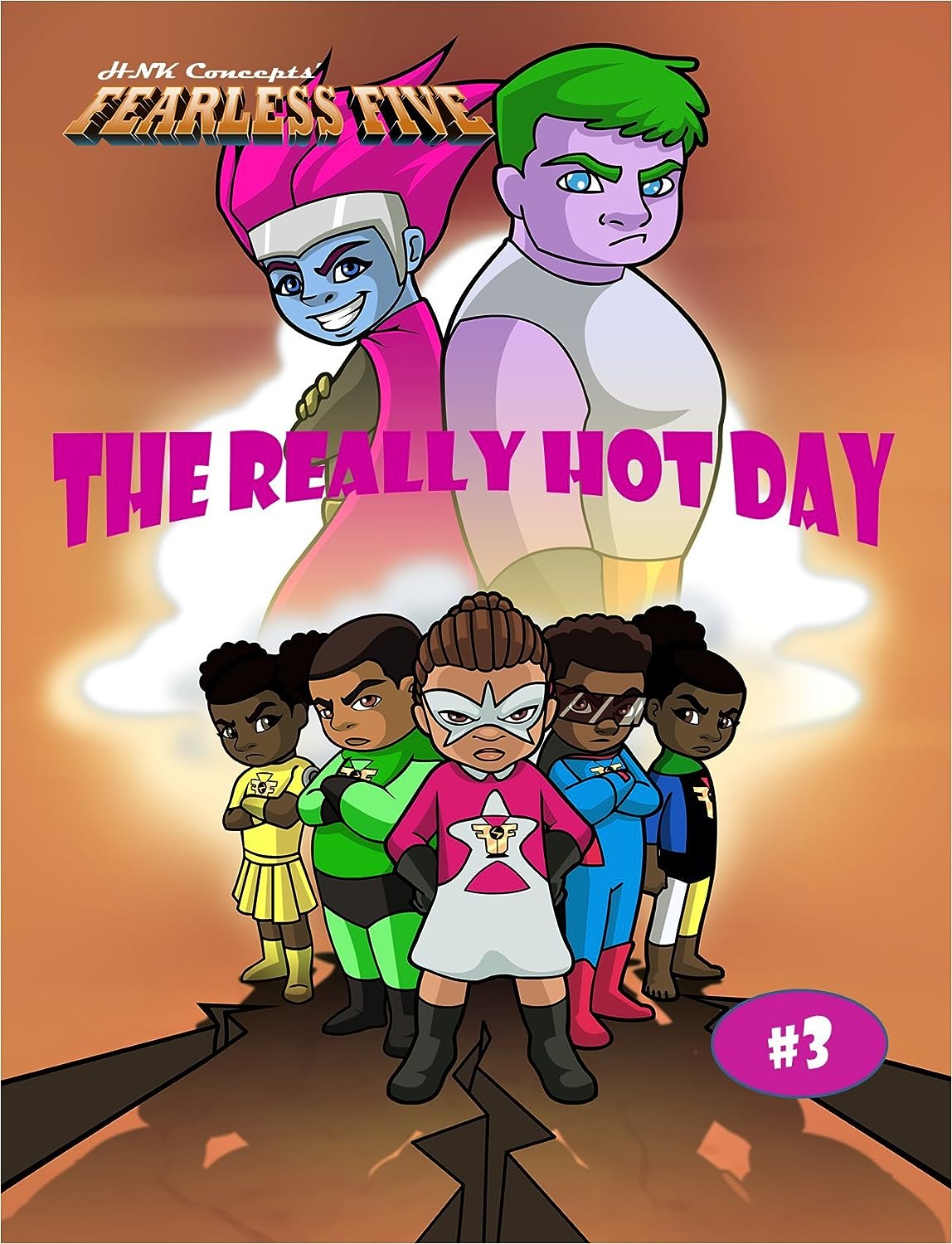 The Fearless Five are on a mission to find out why it has been so hot and dry. Is it just the weather or could Dr. Dome and the Swarm be up to something else sinister and diabolical? The team has their work cut out for them this time.

The Fearless Five are an adorable team of young children spending their free time using their imaginations to be superheroes. The five-part picture book series offers world-class artwork with fun & exciting storylines for your reading 6 to 9 year old, and your 3 to 5 year old will love the artwork while you read to them.

What Inspired You to Write Your Book?
My daughter was my inspiration for this series. The character Hannah aka Phenom, the leader of the team, resembles her. My original idea was to have the books done just for her, but as other parents found about it, they wanted copies for their little one(s) as well.

How Did You Come up With Your Characters?
As a parent, I desire to see not just my child but all children grow up believing that they are powerful and full of potential. So, it dawned on my why not author a book where the kids are the superheroes? During their playtime, the children explore their own potential and work to overcome challenges together. Through the Fearless Five, they are not confined to their current situations. For example, Joshua is overweight, but Blaze has superhuman speed and agility. The twins Chai and Daia are smaller for their ages, but they are able to show incredible physical strength (Daia as Tank) or mastery of their environment (Chai as Element). Nathan has difficulty, at times, with staying on task, but as Bender, he is able to focus his mind in tremendous ways. Hannah, as Phenom, shows how a young lady can be intelligent and challenge societal norms of what “leaders” should be. At the core of each episode is that the team must overcome the initial self-defeating views they have of their potential while battling the Swarm. In the end, they come to discover their true potential, which sets them on a path to success.

Book Sample
Down in the Swarm’s lair, Dr. Dome says, “Cyren was defeated before she could get her job done. This has set me back, but my plan will still succeed with your help, Kwake. Here is what I need you to do. Find Heracane and then…”

Meanwhile…on a really hot day, Hannah and her friends sit lounging over at Nathan’s trying to keep cool when his dad says, “Even though it’s overcast today, the weatherman says the drought is going to continue. Go outside and water the plants and flowers.”

“C’mon, Dad,” Nathan cries out, “It’s hot and everything is already all dried up!”

From above, Heracane hovers in the cloud cover using her villainous powers to hold back the rain and laughing. “That’s right. No rain for any of you. And once Kwake does his job, everyone will be begging to pay the highest price for water. Dr. Dome is brilliant! WAA! HA! HA! HA!”
“Nathan,” Chai asks, “can we swim in the kiddie pool after we water the plants?”

“No, my mom said we need to save water right now because of the drought.”

“How are we supposed to cool…”, interrupted by a strange vibration, Chai asks, “Do you guys feel that?”

“That was quite a tremor. Is everybody okay?” asks Hannah.

Chai points to the ground, “With the drought, look at how cracked that dirt is now from the tremor. Something must be going on?”

As the kids whirl into action, Joshua shouts, “Fearless Five! Power up!”

About the Author:
Steve Johnson is the creator and editor of the Fearless Five. He teamed up with Siphriah Davidson (author) and Massive Brain (illustrator) to bring the concept and the series to life. In doing that, he discovered a passion for the creative process that he did not know he had. He owes that discovery to his daughter, his inspiration. He lives in Houston, TX with his wife of 13 years and their daughter (age 9).