You are here: Home / Fiction / Mystery/Suspense / Famous in a Small Town (An Entering Southern Country Novel) by Diana Anderson @DianaJAnderson1 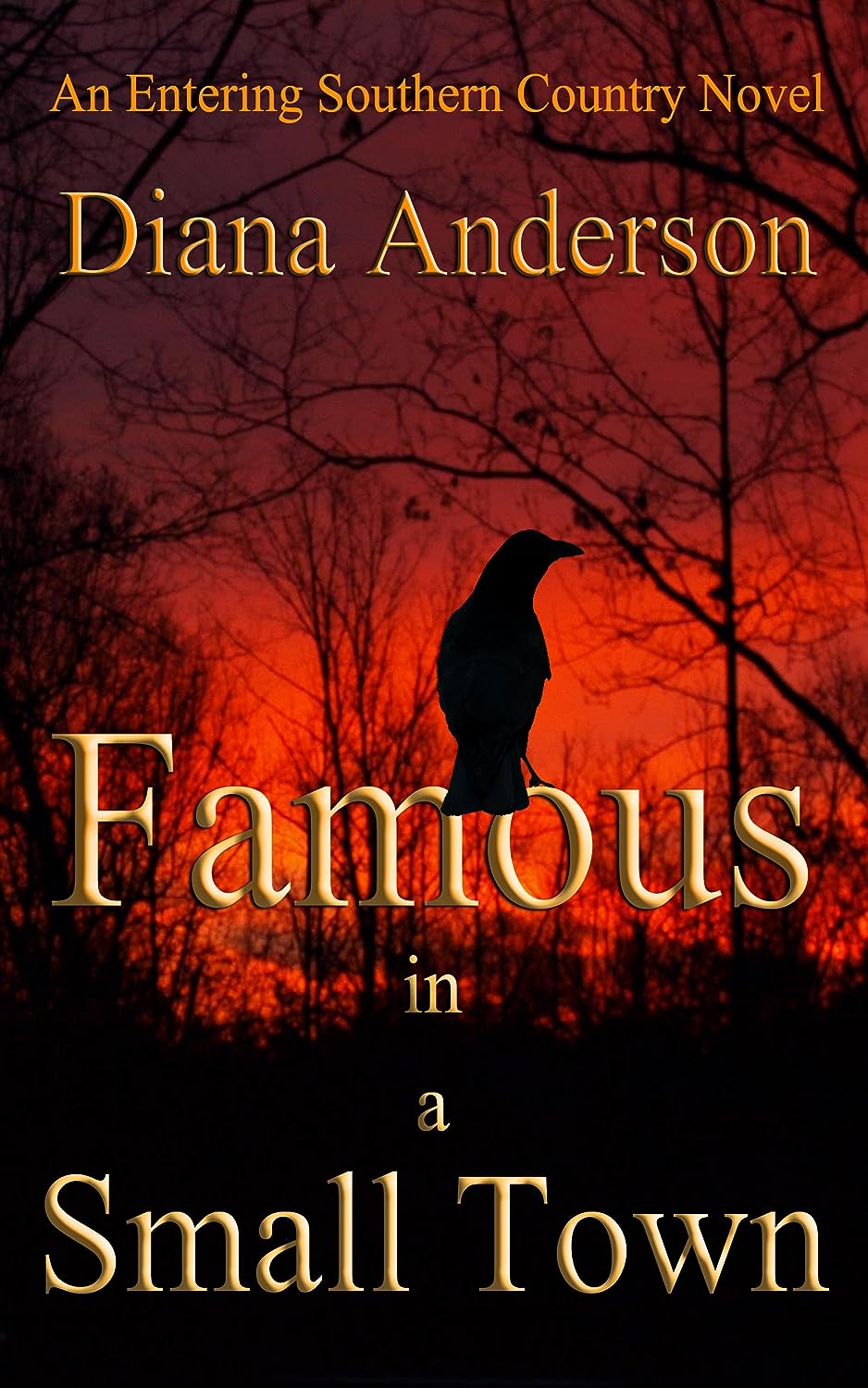 The quiet town of Cypress, Mississippi is turned upside down when a former citizen, Raven Sawyer, returns for a funeral. Raven’s fictional novel goes viral when the town folk realize that she’s the author, and soon they’re thinking that her book is not fiction but truth. Every little dirty detail is revealed in her book and has the people of Cypress wagging their tongues and shaking their heads at a few of the upper-class citizens and—the Sheriff.

All Raven wants is to get through the funeral and go back to New York, but Sheriff Cal Rayburn can’t allow her to leave after she discovers and turns over evidence that may be connected to a double homicide that he’s investigating. At least, that’s the excuse he’s giving her, and he’ll go to any length to keep her in Cypress until he can make her believe that the affair, that she thinks he had six years ago, never happened.

When more dead bodies turn up, Cal feels they’re connected to the double homicide, but with the evidence he has, he can’t make a connection. He’s left with more questions than answers. He’s told that Raven’s novel may have answers to questions that could help with his investigation, but what it reveals is more than what he wants to know.
Famous in a Small Town is book one of An Entering Southern Country Novel trilogy. It has murder, lies, fiction, and truth—and more twists and turns than the back roads of northwestern Mississippi. Enter at your own risk.

What Inspired You to Write Your Book?
I’ve always had an active imagination. I write what I enjoy reading, mystery thrillers with a touch of humor and romance. I can’t really say what inspired me to write Famous in a Small Town. Being a portrait artist and photographer, I study people and while studying people, I wonder about their life story, where they come from, their childhood, and the secrets they hold. Secrets that they’ve never told to anyone. So while studying them, I make up stories in my mind and if it’s interesting enough, I run with it.

How Did You Come up With Your Characters?
Characters are so much fun to create. I picture the person, envision their secrets and their desires, and decide if they are good or evil or a mixture of both.

Book Sample
Cal parked in the Gentrys’ driveway and exited his car. Carl Gentry had one of the few newer doublewide trailers in the area. His wife, Shirley, kept a flowerbed on either side of the front porch. Their healthy garden grew in a plot not far from the front end of the trailer. A satellite TV dish was mounted on a pole at the other end. The front door was opened behind a storm door.

One of the boys peered out and then disappeared. Soon Shirley appeared at the door. She opened it and stepped barefooted out onto the front porch. She wiped her hands on the skirt of her bibbed apron that she wore over a short sleeved blouse and a pair of denim shorts.

“Mrs. Gentry, how’re you this morning?”

“Fine,” she said as she eyed him. “Why are you out and about so early this mornin’?”

“I came to speak with your boys.”

She let go of her apron. “My boys?” She studied him a moment and then said, “Have they been into mischief?”

“I don’t rightly know, but if you’ll let me speak with them, I’ll find out.”

She hesitated a moment, but kept her eyes on him as she called over her shoulder, “Thomas, Benjamin, Parker, y’all get on out here.”

A few seconds later, Tom appeared at the door, cracked it open, and poked his head out. “Ma’am?”

“I said y’all get on out here. The sheriff needs to have a talk with y’all.”

Tom eased the door open and stepped out, Ben followed, and then Parker. They lowered their heads and their eyes cut back and forth to each other, to their mother, and then to Cal. They lined up in a row with the youngest next to their mother. He latched onto her apron and leaned against her.
“Okay, Sheriff,” Shirley said. “The church bus’ll be along any minute, so you might want to hurry up about it.”

Cal nodded at her and looked at the boys. “I need to ask y’all some important questions. I’ve been investigating the Neals’ case and think y’all might be able to help me.”

Ben cut his eyes to Tom and then looked down at the porch. Tom lowered his head too. Parker’s eyes filled with tears. Cal watched one slide down his cheek.

“Your pa said that y’all were spooked in the woods the other day when y’all were trying to get that sledge hammer back to Virgil.”
Tom mumbled something.

“Speak up, boy. The sheriff can’t understand your mumbling.” Shirley tucked a strand of her hair back behind her ear as she watched Tom.

Ben jerked his head up and blurted, “We didn’t kill no one. Honest we didn’t. He was already dead.”

“Who was dead?” Shirley’s eyes widened.

Cal raised his hand for her to hush. “Boys, I don’t think y’all killed anyone, but I think y’all know something that might help me find out who did.” He looked at each of them. “Well?”

Tom swallowed hard, took a deep breath, and said, “We was walkin’ through the woods and came upon a man.”

Tom scrunched his face at his brother. “It was so a man. He had a big hand, and women don’t have hands that big.”

“Well,” he said and took a breath. His eyes darted back and forth in thought. “We were walkin’ through the woods, just talkin’ about one thing or another, when we came upon a hand stickin’ up out of the dirt. We weren’t for sure if it was real or not, ‘cause it was gray. I got to thinkin’ it could be one of them aliens. You know, they call ‘em grays?”

“Me either!” Parker said.

“Boy’s hush. Let Tom tell his story, and then y’all can tell yours,” Cal said.

“Well, I wanted to protect them . . . my brothers,” He nodded toward them and then looked back at Cal. “So I took the sledge hammer and hit that hand. It broke slap off his arm and went sailing through the woods. And when he didn’t move, we all ran back home as fast as we could.”
Shirley eyes widened, and Cal raised an eyebrow.

“Is that what happened?” Cal asked as he looked at Ben and Parker.

The other two boys nodded.

“I was scared,” Parker said in a quiet voice. “It could still be out there.”

“It was stickin’ outta the ground.” Tom looked beyond Cal and pointed across the road.

Cal turned and looked in that direction. He lifted his gaze to the sky above the tree line where the buzzards circled.