You are here: Home / Bargains and Freebies / Bargain Books Under $3 / Essential reading in Science Fictiom by David K Scholes

In Battle at Time’s End, Times Guardian makes one last throw of the dice against Fate, calling on a great champion from the past. In The Tribunal, the Galactic War Tribunal operates under a quite different basis to Nuremburg. The Safest Place in the Universe is just that, though for different reasons than you might think.

The child of an alien shapeshifter father and Earth mother is of considerable importance to human history in The Shifter Child. In Star Ravagers impossibly alien life forms seek to consume our Sun, while in Final Revenge the rape of future humanity is avenged. An extra-dimensional visitor seeks to help an Earth besieged by both aliens and alien gods in A Long Way from Home. While to the advanced inhabitants of Lhorran 4, Visitor 51347 is not at all what he seems to be. In Internet Writer a reclusive writer achieves fame beyond his wildest dreams, without even knowing it. Spitfires over Stalingrad is a sort of alternate history story with the German attempt at a break out blocked in an unexpected way. 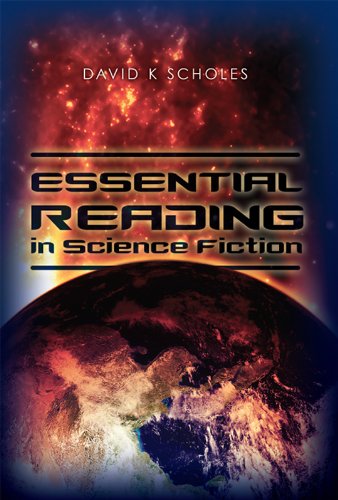 How is Writing In Your Genre Different from Others?
Science Fiction seems to allow even greater scope for the imagination than many other genres.

What Advice Would You Give Aspiring Writers?
Be prepared to work hard but rest when you become jaded. Jot your ideas down as they come to you. Don’t be obsessed with word counts. Act on constructive criticism – but try not to get upset by destructive criticism. Ignore it. Get your book professionally edited if you can afford it. Use some form of professional help to get a good cover design and internal lay out. Be prepared to do the hard yards with the marketing especially if you are self published. Try and get a good agent and/or publisher behind you but don’t wait forever for this as there are so many options now for the self publisher

What Inspired You to Write Your Book?
A long time love of science fiction and science fantasy and a desire to give something back to the genre. Also the desire to put pen to paper to write about some of the characters, concepts, ideas and story lines that I have thought of.