You are here: Home / Fiction / Fantasy / Elemental Rancor: A Chronicle of Consequence by Charles Lominec @ElementalRancor 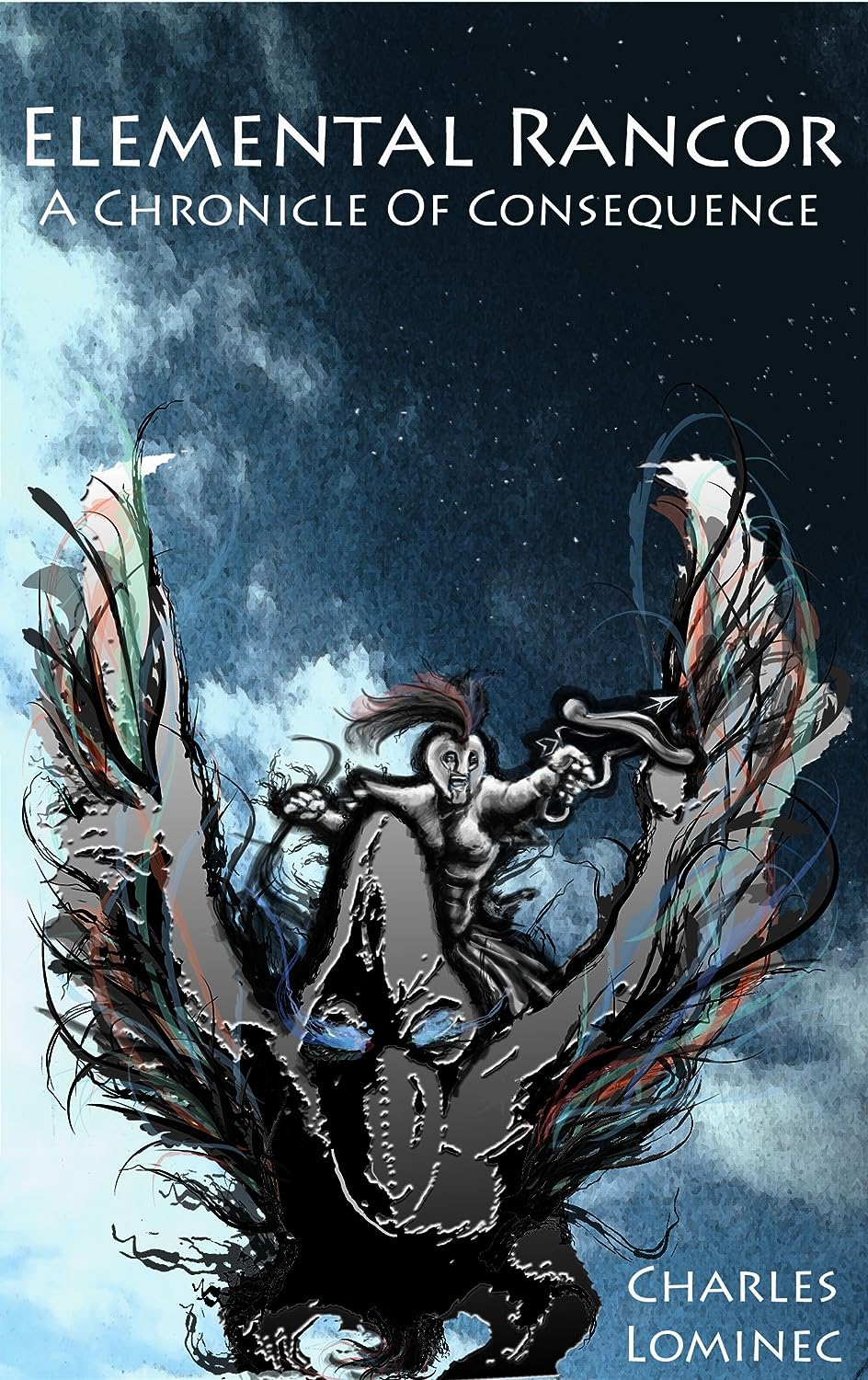 A far away star supernovas and sends waves of force and change rippling through the cosmos. The waves crash into Sarnen Karnea’s world and thrust him into a deadly struggle to keep his loved ones from harm and to keep a secret about his son from the Zangava Empire.

The waves awaken new and old forms of consciousness, and stir ancient primordial resentments, that threaten to destabilize the Empire’s dominance in the world. Challengers from across the ocean, and from under it, seek to capitalize on newly developing Imperial problems.

Like the Empire, Sarnen must adapt to survive, and must ask himself which of his virtues he is willing to deny in order to reach his goals.

What Inspired You to Write Your Book?
I’ve been involved with role playing games since junior high. I mostly found myself running the games because people enjoyed the stories that I created for them. The constant requests for me to run the games contributed to my confidence in the quality of my storytelling ability. I decided to take it to the next level and write a novel. My first novel is available now, and I’m working on the sequel.

About the Author:
My five-year-old daughter asked me to attach a small knit blanket to her shirt so she could have a cape. Once the cape was secure, she turned on me and began an epic battle. Her little fists punched with imaginary yet primordial force as she proclaimed, “I’m going to take you to jail bad guy!”

It was a concentrated dose of joy to see my daughter love the same stories that I love. Super-heroes, science-fiction, modern and historic fantasy have all held special places in my heart and have inspired my imagination for a world better than the one we have.

While studying Philosophy and History at Florida State University, I spent a lot of my free time writing stories for numerous role-playing games with which I was involved. Eventually, I took my love for Philosophy, story-telling, and writing; and wrote my debut novel.

I think we’re living in a fantastic time where the predictions of our sci-fi fore fathers are coming true or close to coming true. Continuing exponential advances in technology, medicine, and our understanding of our cosmos stands ready to propel our species forward to an exciting future. Our potential for greatness is tempered by our equal potential for self-destruction. The same advances promising to send us forward could hurl us drastically backwards.

In order to tip the balance toward greatness, we need to reawaken humanity’s imagination and love of learning. We also need to encourage empathy and compassion for not only other humans, but all the lifeforms that share existence with us.

=Links to Purchase eBooks
Link To Buy Elemental Rancor: A Chronicle of Consequence On Amazon