You are here: Home / Faith and Religion / Egypt History And The Ancient Wisdom by Jossef Salman 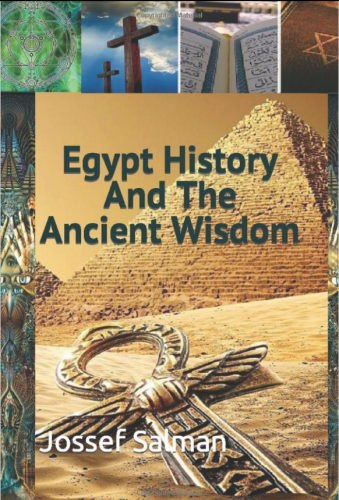 The One Source of Truth nourishes the seeds of wisdom to sprout in each generation, to remove the accumulated dust from the pyramid of totalitarian wisdom of ancient civilizations that built monuments that defy time.
Today we need this truth more urgently than ever, because we are dealing with the dust of stupidity accumulated by manipulative religious doctrines on the one hand and by contradictory scientific presentations on the other. Since the beginning of human history, people’s consciousness has always searched for the truth of existence. I believe that they have always held the truth in their hands, but they tried to read between the lines to find secrets and mysteries, and when they did not find any, they began to create legends from the knowledge they had.

Today we only read their legends and ignore the truth they had and learned from, and we in turn have begun to create new legends, but call it science and discovery. I love and respect science, but I cannot equate science based on facts with theses based on assumptions and fantasies. I respect Sir Isaac Newton and his science because it is proven and forms the basis of modern physics, but I cannot respect a Darwinist who claims that man is descended from apes just because he believes that and there is no way to prove that hypothesis. I can respect an astrophysicist who presents facts describing the vast universe and how it is expanding, but I can not respect someone who postulates that the universe came from nothing because nothing can have a physical size just because he thinks he is smarter and superior to the common Jo.

Therefore, it was important for me to present to my brothers my knowledge and what I could glean from the pages of history, especially Egyptian history. I am sure it will shed some light on the true ancient wisdom that we have lost. It will perhaps explain to you the people who built the ancient civilizations and left behind the most amazing and enigmatic monuments like the Pyramids of Giza. I will also discuss with my readers the history of the three Abrahamic religions and some important areas of their history, such as when the Israelites were in Egypt, when it really happened, when Joseph was in Egypt, and the time when Moses appeared and who was the Pharaoh of the Exodus. All these facts will make us look at the religious texts we have today with different eyes and read from them the true occult wisdom and sacred science.

What Inspired You to Write Your Book?
To the question "Does God exist?" there are only 2 possible answers. One answer can lead to Darwinism and material science, which intentionally mislead people to believe in the fiction and fantasy of some scientists, and the second answer can lead to religion, which also misleads people with twisted teachings and false doctrines.
For this reason, I have written my book " Egypt History And The Ancient Wisdom" which answers this question and at the same time shows the truth of this answer from science and true religion without lies and manipulations.