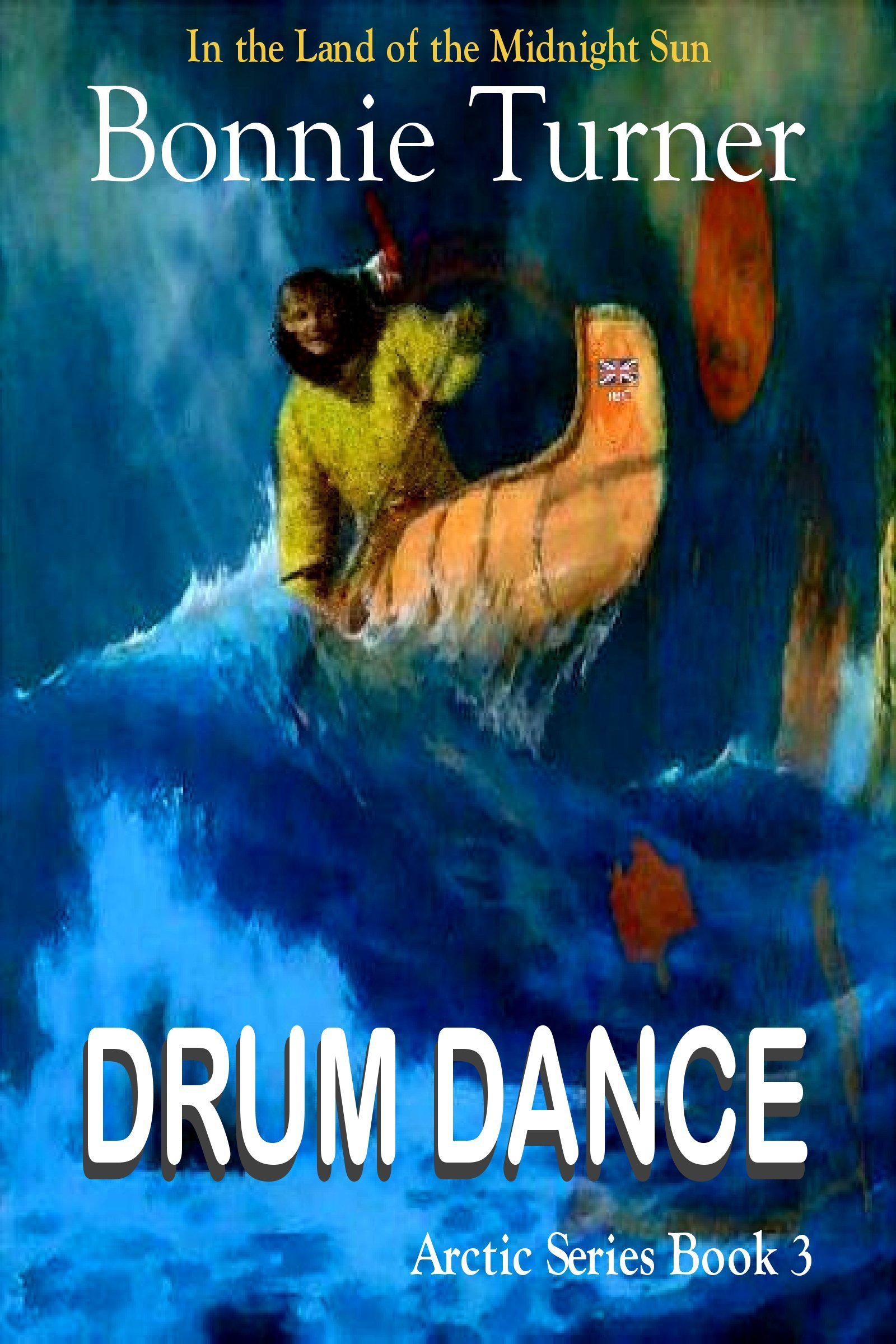 About Drum Dance:
“Birchbark canoes are made for rivers and lakes,” Per said, “not the icy waters of the Arctic. Fall out of this, you’ll freeze before you drown!”

Set in the “land of the midnight sun,” Drum Dance is filled with adventure, paranormal intrigue, and danger in Canada’s Central Arctic, where Sir John Franklin and his crew froze to death searching for the Northwest Passage. This well-researched novel cleverly interweaves just enough Arctic history, place names, and Inuit language to evoke the culture of the Far North, the traditions of Eskimo storytelling, and the hardships of Arctic living, especially during 1938 and 1939.

In the late 1930s, 17-year-old David Jansson agrees to spend two years at an isolated fur-trading post with his estranged father, Per, manager for the Hudson’s Bay Company. As the two become reacquainted, David’s favorable boyhood memories of his dad are shattered as Per, fueled by contraband whiskey and rum, becomes increasingly abusive to his son. Soon regretting his decision to resume a relationship with his dad, David foolishly risks his life—and his heart—when he forgets that the Arctic seldom gives a man a second chance! (Historical Fiction, Teens/Adults)

“Booksellers, librarians and readers are always saying they’re looking for something original to read. Well, they need look no further than Drum Dance, a refreshing YA novel with an accomplished voice and a strong sense of place.” -Lauren Baratz-Logsted, author of The Twin’s Daughter

“Billed as a young-adult, coming-of-age story, Bonnie Turner’s novel deals with some pretty mature adult themes. . . . A companion volume to Turner’s earlier children’s novel, Spirit Lights, the well-researched Drum Dance cleverly interweaves just enough Arctic history, place names, and Inuit language to evoke the culture of the north, the traditions of Eskimo storytelling, and the hardships of Arctic living, especially during 1938 and 1939. For that two-year span David pledges with his estranged father to leave the Peace River home he shares with his maternal aunt and uncle and to come live with his dad in Gjoa Haven, where Per manages the Hudson’s Bay Company trading post. Here the Netsilik stories of explorers Roald Amundsen and Sir John Franklin abound, and the festivities of the drum dances for occasions, including the arrival of the supply ship, relieve the tedium of time and the ravages of weather. As the two become reacquainted, David’s favorable boyhood memories of his dad are shattered as Per, fueled by contraband whiskey and rum, becomes increasingly abusive to his son.” (M.Wayne Cunningham, ForeWord Clarion Reviews)

“Family reunions are never what you hope for them to be. “Drum Dance” tells the story of young David Jansson, who reunites with his father after a half decade of separation. But with his father’s demons, his only comfort comes in a local girl, who wants to show David the spiritual side of Hudson bay. A story of the Canadian Arctic in the 1930s, “Drum Dance” is a fascinating novel with many angles that will prove it hard to put down.” Midwest Book Review on February 6, 2011

Is This Book Enrolled in the Amazon Matchbook Program?
Yes, my eBook is discounted with Print Book Purchase