You are here: Home / Drowning by Numbers by Adam Dickson 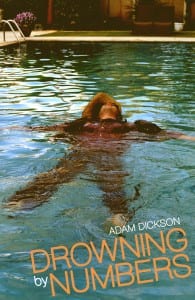 Joe Byron comes to in a strange house with a woman he’s never met before. How he got there and why are the least of his problems. With the band in New York and a world tour due to begin, he’s knows he’s in a whole lot of trouble. Horrified, he races home to find out what happened.

But maybe it’s too late. He’s crossed the line one time too many. Wife Justine gives him an ultimatum. Give up the booze and the staying out all night and get some help. Stop the relentless slide into ill health and oblivion. After all, he’s got two small children to provide for and a mountain of debts to clear.

Joe has other ideas.
He’s a god.
He’s a legend.
He’s immortal for chrissake…

How is Writing In Your Genre Different from Others?
My writing is considered to be detailed and realistic with humour to alleviate some of the darker moments. I specialise in believable dialogue between characters in close, volatile relationships.

What Advice Would You Give Aspiring Writers?
Write what you are driven to write about and ignore the people who tell you otherwise.

Author Bio:
Adam Dickson was a student of Bill Stanton’s Writer’s Tutorial for several years, learning the craft of writing fiction. The Butterfly Collector is his first novel. Drowning by Numbers, his second novel, was published in June 2013.

A lifetime fitness enthusiast, Adam suffered two massive brain seizures in 2003 and was left permanently disabled. In spite of this setback, he took up triathlon and began entering races, competing in Ironman UK in 2007. He co-authored Triathlon – Serious About Your Sport which was published by New Holland in May 2012. Two more titles on Swimming and Cycling were published in March 2013.

Adam has also written a book on mental health, Surfing the Edge – a survivors guide to bipolar, which will be published in late Summer 2013

What Inspired You to Write Your Book?
The inspiration behind the book came from my experience as a musician and the problems encountered in relationships.