From bestselling author Debra Dier comes a tale of a beastly Duke who meets his match with a gentle beauty. Devil’s Honor is set during the Regency period in England.

This edition includes minor revisions to characters and plot while maintaining the original story. Devil’s Honor is the second book in the Beyond the First Blush series.

Devil’s Honor is a wonderful read with beautiful characterizations. Fabulous job, Ms. Dier! Ms. Dier’s characterizations give Devil’s Honor a romantic zing! Once again, Ms. Dier does not disappoint. Her heroes are simply dashing! Get out the drool buckets ladies, Ms. Dier’s men will make you salivate! Roguish scamps, spunky women, and endearing secondary characters are trademark Debra Dier, and this book is full of them! Gloria Lower— Copyright © Literary Times, Inc. All rights reserved — From Literary Times

Justin Trevelyan, the new Duke of Marlow, has everything a woman could want. Yet match-making mamas hide their daughters whenever he steps into a ballroom. They call him Devil Trevelyan—an arrogant beast of a man, a notorious libertine who has raised debauchery to an art form. No one sees the ugly scars hidden beneath his handsome face and reckless spirit.

Isabel Darracott is determined to convince her negligent guardian to provide for her two younger sisters. Instead of the middle-aged gentleman she expected to find in London, she tangles with a half-clad barbarian intent on ravishing her. When she realizes the horrible truth, she insists Justin appoint an appropriate guardian.

Astonished by his estranged father’s will, Justin abhors the idea of guardianship to this impertinent spinster and her two sisters. Yet, Isabel has tossed the gauntlet. She challenges him, defies him, captivates him with her gentle beauty and strong spirit. As they untangle an ancient mystery and investigate the murders of her father and brother, Justin realizes he must prove his honor to earn a chance for this angel to redeem his soul.

“Debra Dier will keep you turning the pages in this entertaining, fast paced tale…It both charms and delights with a little mystery, passion and even a bit of humor.” —RT Reviews

Visit debradier.com to read the first four chapters of the book. 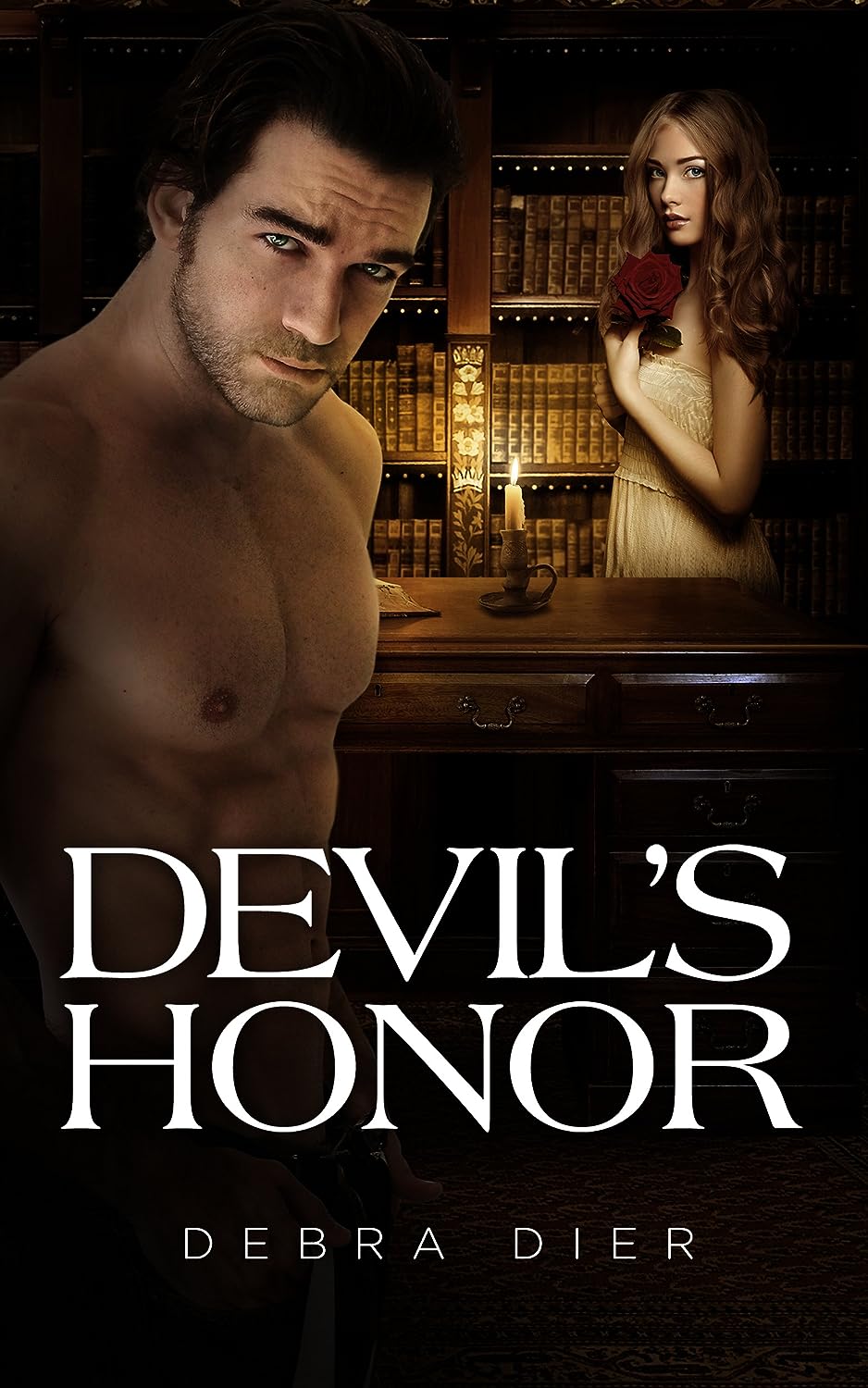 About the Author:
Rumors of my death have been greatly exaggerated. The first time I saw a reader mention my possible demise in an online review, chills rippled over my skin. It is odd to read someone say she loves you and she thinks you must have died because nothing new has been published in years. To that reader and to anyone else who may have mourned my passing I say: I have been buried in all the wonderful joys and duties and responsibilities of motherhood.

Yes, other writers manage to keep pumping out books while dealing with children. I think I may have continued, except I had the loss of my mom hit right at the time I was finishing the last book on my contract. I just couldn’t find the heart to pick up my quill. Instead, I plunged into volunteer work. Once I left that realm where the written word reigned, I never sought a way back into it. I was Alice who forgot about the looking glass.

My best friend gave me a magnet a couple of years ago that had “Stop me before I volunteer again!” emblazoned across the shiny surface beneath the face of a young woman who resembled me. She told me she was tired of waiting for another book. I realized my short hiatus from writing had turned into a twelve year sabbatical. I stepped back into my office, looked at my computer and decided she was right. I sat down and began writing the first book in a series of fantasy novels for older teens and adults.

While I was working on the new series, I obtained the rights to all of my previously published novels. The next day a New York publisher contacted me and asked to buy the rights to those novels. They wanted to publish them immediately. It was tempting, but instead of allowing those books to be published in their original form, I decided to take a peek at them and see if there was anything I might do differently today. I was always the type of writer who would have been revising in the bookstore if bookstores did not frown upon such tactics. The first book, Beyond Forever, took eight months to re-write. In reality, I kept the concept and a little of the original and wrote a new book. The result is A Twist of Fate which will be available late November 2013.

In the past year I have reconnected with an old love–writing. As I work my way through the old novels, I find my concepts and choices concerning characters and plot have altered over the years. I am currently working on revising all the old books. And yes, eventually, soon I hope, I will return to the new series. Before I get another magnet from Kim.

Debra Dier is the bestselling author of sixteen critically acclaimed romance novels and short stories. Her work has earned her a place in the Writer’s Hall of Fame.

Deb was born and raised in Niagara Falls, New York. Although she always knew she wanted to do something creative in life, well-meaning family members talked her into doing something in a much more practical light. She received a BS in Information Systems Management and headed down a career path that included writing computer code and designing computer systems. It wasn’t exactly what she had in mind when she thought of a purely creative career. For some mystifying reason, she was put on a fast track in that career and became a manager of other programmers and analysts in a large corporation at a young age. It was then she decided to try her hand at writing something other than computer systems. After her first novel, Surrender the Dream was published, she took the plunge into writing full time. She has never regretted that decision.

When her daughter was a toddler, Debra decided to take a short hiatus from writing to concentrate on all things motherhood. There wasn’t a task she didn’t take on, including making Halloween costumes, volunteering for room parent every year, and becoming a Girl Scout leader. By the way, her idea of camping is staying at a three star hotel. Not precisely the roughing it kind of girl. At the urging of her daughter, Deb has found herself sleeping on a mat in a tent in the wild, and in a plywood cabin she lovingly referred to as rent a shack. It is amazing what we will do for our young.

Deb lives in the mid-west with her family, their two Irish Setters who often make appearances in her books, and two cats who keep asking for starring roles.

To all of her readers who were afraid she had died or retired and were not quite sure what would be worse, she hopes you are pleased with the updated versions of the older books. To everyone who wants something completely new, she intends to get back to her new series very soon.