You are here: Home / Fiction / Romance / Devil in the Kitchen by Ang Kemp 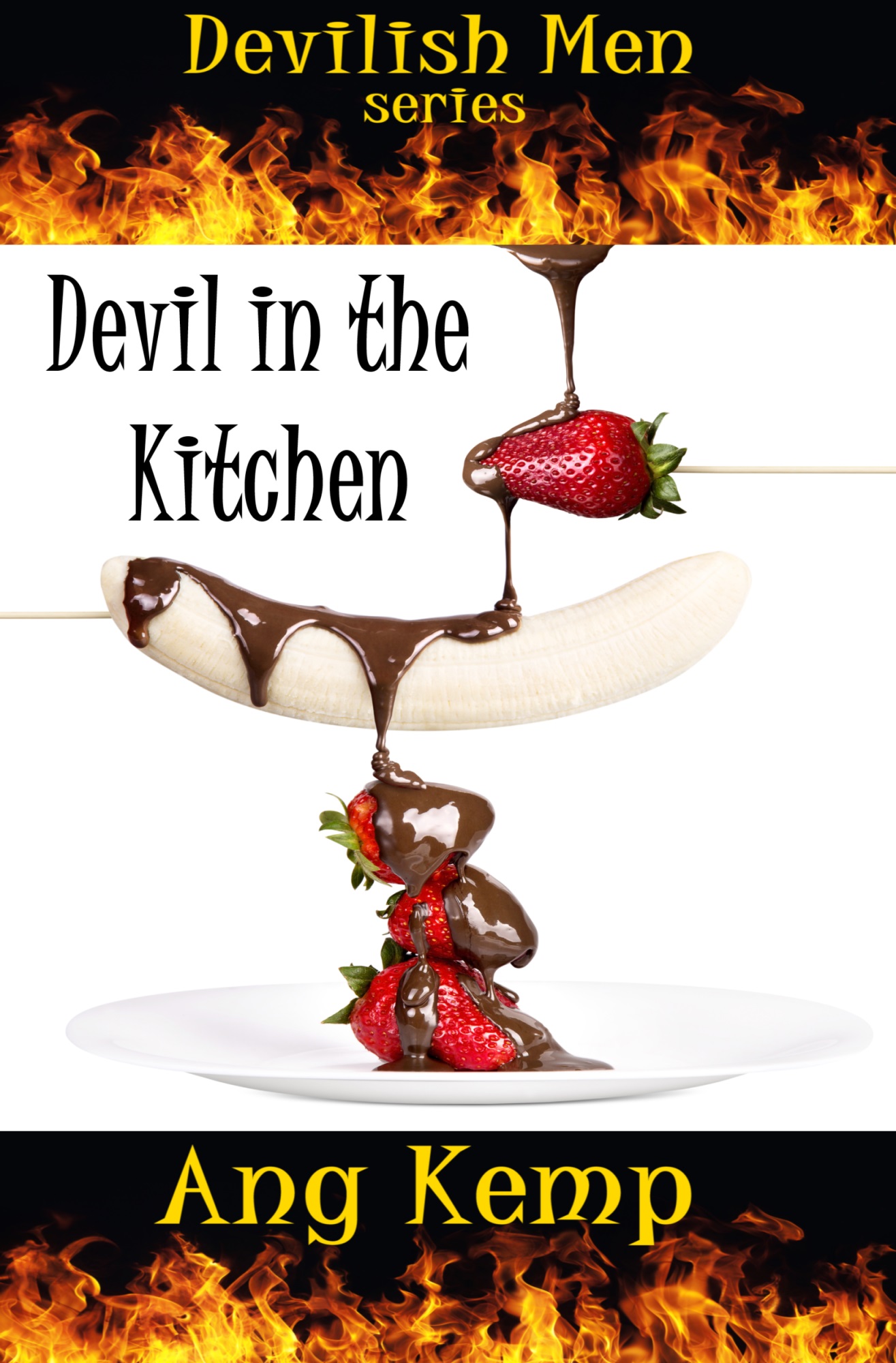 When Ian Devilish loses a bet to his twin brother, he didn’t expect to end up on a reality cooking show. Shame he can’t cook. The one bright spot is that he’s teamed up with a pretty little female – and now he’s going from a simmer to a full-on burn.

Laughter makes the world go around, love makes it sweet, and the Devilish clan of men make it a very hot and entertaining ride!

A fast, fun and steamy read.

What Inspired You to Write Your Book?
I like to read fun, steamy romances, and sometimes I'm looking for a series that also features shorter reads. I came up with the idea of doing a series of short, steamy novellas featuring a a group of men related to each other – hence the Devilish clan <g>. It's just plain fun and feel-good, not meant to be taken seriously.

How Did You Come up With Your Characters?
Oddly enough, these characters just came s easily to me. I was playing Mahjong and the idea slowly crept into my mind, along with the characters needed. The more I pondered the series and what I wanted, the characters just popped out at me, like they'd been waiting all along to surface!