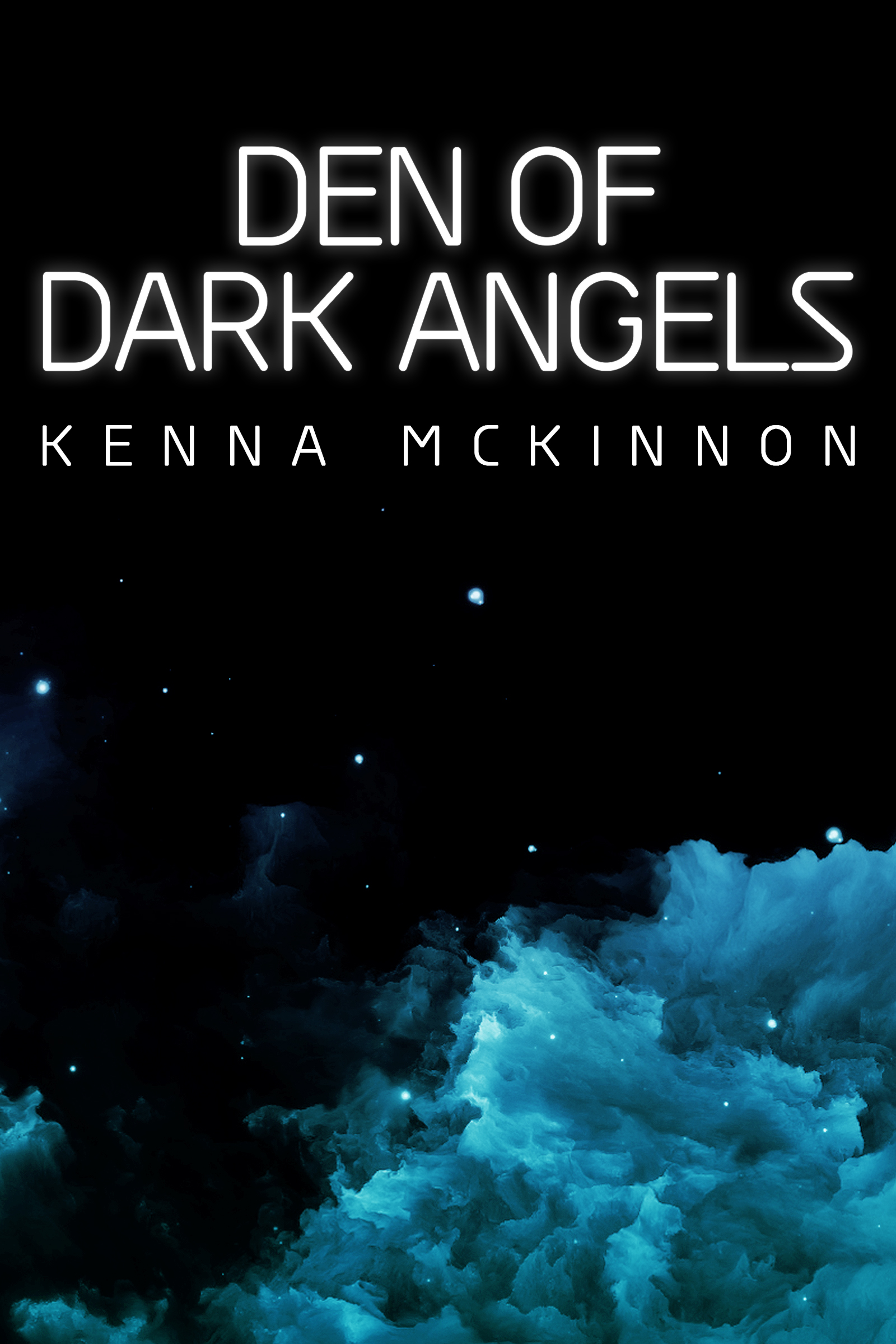 Demons roar from the mouths of lions and the Devil lives on an alien planet, in this 70,590-word collection of three adult fantasy/paranormal novellas set on Earth, Hell, and Heaven, and in a netherworld somewhere in between.

Passion for Poe is the first novella, which spins from Calgary, Alberta to Edmonton and then to Denmark in a crescendo of dysfunction. Demons slop from the trunk of a car bought by Astria Brin with her boyfriend, Patrick Ferguson. Lions gaze from a bridge in the center of Calgary and follow them home. Astria talks to the dead. The story ends with a quote by Poe, Words, said Poe, have no power to impress the mind without the exquisite horror of their reality.

The second novella takes place in a netherworld of Paradise, Earth, and Hell, with a bit of Heaven thrown in like acorns in a fire. Dark Angel introduces Drake Bent, a demon/man who roars about the universe on a chromed Harley-Davidson motorcycle with his terrier dog Killer in the sidecar. His girlfriend, Lori Flower, is linked to Drake in life and death, with the Devil’s curse on them both.

The third novella, Father of Lies, is a time-travelling tale set 3000 years in the future, the 20th and 21st centuries, and 3000 years B.C. in ancient Greece as well as Palestine. There’s a prologue and an epilogue involving a family of flame beings on a planet X’anakrakl which circles Alpha Centauri’s three suns. The flame beings wait for Earth’s demise and Sol’s nova in order to replenish their spirits. They watch Earth as the drama is played out by ‘Big Daddy’ Williams, Jr., his wife Judi “Sweet Foot” Williams, and their family.

What Inspired You to Write Your Book?
Fantasy and paranormal intrique me for the range they give to my imagination, limited only by what I can dream up in the dark labyrinths of my brain. This book is darker than most of my writing, so a challenge, and a mixture of paranormal elements with some dark humor made it fun to write. Originally I dreamed of one paranormal novel, but the intrigues of the characters I envisioned made it possible to write three novellas which are loosely connected by their supernatural natures.

How Did You Come up With Your Characters?
My male characters are notoriously dysfunctional and I think I came up with them from previous relationships when I was younger, exaggerated as they are. The female characters are based loosely on myself or friends I have known, though my imagination certainly embellished the darker and more vivid aspects of their personalities. Characters from ancient Greece such as Sappho are based on professors and students I met in my Classics classes in university, and what I learned about the ancient Greek poets in those classes.

Book Sample
She left in the cab and Drake went to the pound, where he retrieved Killer for a fine. Drake drove Killer back to the fraternity house then left him with the fraternity brothers so he could travel light.
Drake’s next court appearance was two months away. He returned the Mustang to his fraternity friends and revved the old Norton. It still looked good, he thought, chrome and black smoke, a fine machine.
"They let you have some time to get a lawyer and prepare your case." The frat brothers gave him a coffee and cold pizza. It wasn't yet ten o'clock in the morning and it was Friday.
"Bon weekend," Drake said. "A guy could go a long way on a tank of gas with this hog."
"Ah, Drake! You’re going to skip town, aren’t you?" A young brunette sighed. "See you in hell."
"I been there," Drake said. "And back." He chowed down his pizza and drank the coffee cold.
"Cigarette?" a brother asked.
"I'm gonna quit, man," Drake promised the guy. He coughed.
The frat brother widened his eyes. He crumpled Drake's cup and threw it in a nearby trash can. "Apocalyptic."
"That's a cool car. Thanks. It was useful," Drake said. "I'll leave it with you now. I gotta travel light. I think I'll go up north again and hide out for a while. Nobody knows, right?"
"Cool. Gotcha, dude."
"By the way," the brunette called. "What did you do?"
"Us," Drake said. "The lady in a chair and I. We saved the environment."
"How'd you do that, handsome?"
"Robbed a cosmetics kiosk in the mall," he said. "Almost got away with it, too. Dumped six boxes of shit down the storm drain and sold the rest."
"Awesome shit," she said. "What's your friend's name?"
"Nevertell," he said. "Her name's Nevertell."