You are here: Home / Bargains and Freebies / Bargain Books Under $3 / Deluge by Daniel Diehl

Noah’s wife and sons knew he was old but they assumed his claim of being over 600 years old was a joke. But when he begins hearing a disembodied voice claiming to be an unknown God who was about to destroy the world, they begin fearing for his sanity. When Noah insists on building a huge ship to save his family they are certain that advancing age is destroying his mind – at least that’s what they think until the mysterious strangers appear out of the desert and claim they have been sent to help Noah build his great ship. Finally accepting this strange situation, Noah’s sons agree to help build the ship, but as construction progresses relations between Noah’s family and their neighbors deteriorate into ugly confrontations and threats of violence. Then, as the ship nears completion, it begins to rain…and then the real problems start. 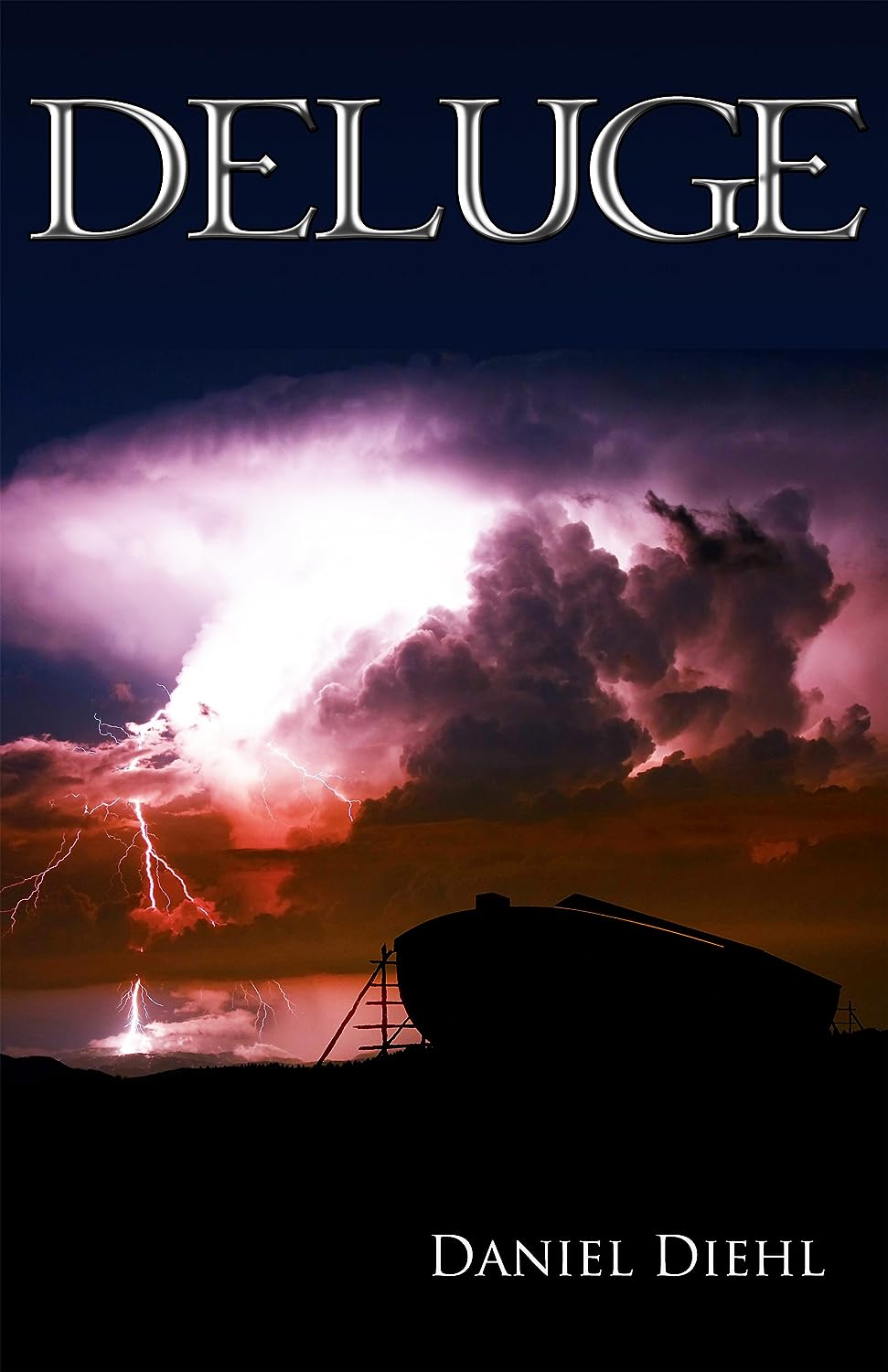 How is Writing In Your Genre Different from Others?
I write in many genres, I suppose writing historical fiction is a bit more detailed than writing in other genres because of the level of research it takes.

What Advice Would You Give Aspiring Writers?
Never stop dreaming, never give up.

Author Bio:
Daniel Diehl has been an author, writer and investigative historian for thirty-five years. For nearly twenty years Diehl has been involved in writing for publication and documentary television production. Mr. Diehl’s work has won awards from the Houston (Texas) Film Festival, the National Trust for Historic Preservation (US) and the City of Pittsburgh, Pennsylvania Arts Foundation. Working alone and as a part of the multi-award winning team of Daniel Diehl and Mark Donnelly, Diehl has produced work in two main categories; trade publication and television documentary scripts. His canon of work includes twenty non-fiction books (which have been translated into ten foreign languages), one previous work of fiction and scripts for more than one hundred and seventy hours of documentary television primarily for A&E Network, The History Channel, History International, Biography Channel and Discovery Network. In addition to his books and scripts Diehl has served as historical consultant on such films as The Color Purple (Amblin Entertainment, 1986), Darrow (PBS Television Theatre, 1991) and Baskin’s Run (Finnegan’s Wake Productions, 1994). He has also written for such periodicals as Victorian Homes, Gilded Age (which he also edited), Old House Journal, Sacred Spaces, Country Victorian, FLAIR, Tournaments Illuminated, Popular Woodworking, Conde Nast Traveler and numerous other publications. He has also contributed short stories and wrote the introduction for Midici Books’ collection ‘303 Short Stories’.

What Inspired You to Write Your Book?
My love for religious history.