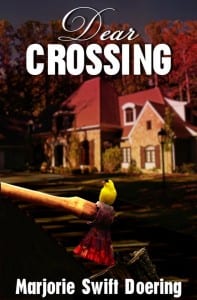 A peaceful, lakeside summer home… A gruesome murder… Valerie Davis, wife of prominent Minneapolis businessman, Paul Davis, is dead. Very dead.
Personal demons in tow, Ray Schiller of the Widmer P.D. follows the evidence to the Twin Cities, joining forces with Minneapolis homicide detective Dick Waverly. They discover many are suspect, few are innocent. The widower has good reason to keep his personal life private, and he isn’t the only one—not by a long shot.
“Sweet nothings” become weapons in a war of words as intimates turn on one another. Ambition, love and hate turn the case on its head when consequences turn lethal.
In the midst of the investigation, Ray’s involvement in an unthinkable incident makes him the subject of an Internal Affairs. investigation. With his personal and professional life in the balance, he soon learns the devil is in the details, and the details aren’t what they expected.

How is Writing In Your Genre Different from Others?
Since I’ve never had a job in law enforcement, writing murder mystery/police procedurals requires that I do a lot of research. To me, it’s vital that my stories are credible. That means doing my best to create believable cases solved in a way that leaves the readers satisfied with the outcome. It’s a challenge, but one I love.

What Advice Would You Give Aspiring Writers?
Write, write, write, and then write some more. Read the same way. I’d also recommend joining a good critique group. Getting input from other writers is incredibly helpful. It requires a thick skin at times, but it can be incredibly worthwhile.

Author Bio:
Marjorie Swift Doering enjoys writing in various genres. Currently, her focus is on the completion of the third in her series of murder mysteries featuring Detective Ray Schiller. Dear Crossing, the first in the series was publish in April of 2012. A due date of June, 2013 is foreseen for Shadow Tag, the second in the series, The third, Death Penalty, will follow.

In 2005, her first one-act play was produced and performed by Darknight Theatrical Productions in Chicago, Illinois. Omega Publications, in 2009, published a number of her short stories in an anthology titled Mosaic, A Collection of Short Stories. In 2010, another of her short stories was published in Red Cedar, The University of Wisconsin Barron County’s journal of arts and literature.

She and her husband, Denny, live in beautiful northwestern Wisconsin with their Springer spaniel and three crazy but lovable cats.

What Inspired You to Write Your Book?
While I enjoy writing in a number of different genres, when I wrote Dear Crossing, the characters became the most alive and real to me than any I’d created before. I found it challenging to introduce my protagonist in a less-than-favorable light and, little by little, dig him out of the hole I’d put him in.

The murder investigation uncovers not just the clues, but the underlying humanity, or lack of it, in each of the characters. The twists and turns of the case make for an intriguing investigation, but seeing into the lives of its cast at the same time only makes it better.