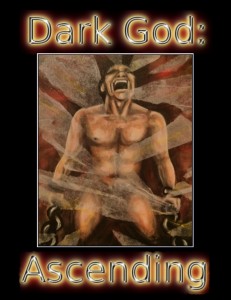 What would you do to save the life of your child?

James Calhoun, soldier until the MOD cutbacks threw him onto civvie street. Back into it as a military contractor, making more money in a week than he had in a year as a squaddie, it seemed like the good times would never end.

Now divorced and living on benefits in a one room flat, rock bottom after a downward spiral of anger and bitterness, his one solace is the weekly visit with his daughter.

He has been told that she will die and only he can save her.

But is the price more than he is willing to pay?

What Inspired You to Write Your Book?
Though I have always written (rather clichéd I know), I am now actively pursuing the goal of becoming an author rather than just daydreaming about it. This is the first book (of a proposed trilogy) that I feel ready for publication.

How Did You Come up With Your Characters?
James Calhoun developed as the book was written, I needed someone with a certain set of skills in order to make it plausible but I was not interested in just another special forces type for whom the challenge would be simple.

Book Sample
Robert Hanlon screamed first in fear then in pain as he was thrown out the second floor window, the glass cutting his flesh and shredding his clothes as he was defenestrated. He somersaulted through the air, his arms windmilling, legs flailing, in a vain attempt to prevent the inevitable contact with the ground, a meaty thunk, air smashed from his lungs leaving him gasping on the pavement.
He shuddered, tried to move, a whimpered moan becoming a scream as he regained his breath, and lay still. He felt for the phone in his jeans back pocket, pulled its shattered carcass out and tossed it away in frustration.
He had to get up, get out of there, not just for his sake but to warn Rhonda, tell her he had failed, that she had to take Betty and run.
He had to get up.
It hurt so much though, if he could just lie there for a moment until the pain lessened a little then he would try, maybe someone would pass by who could help him.
Unless they came down first to check the fall had done its job