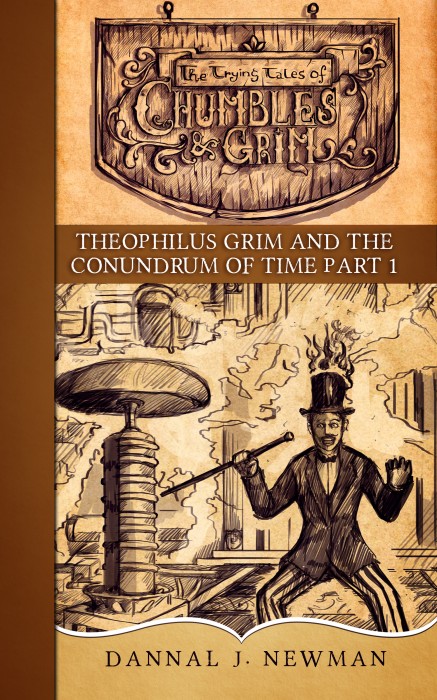 Comments about cover design
The Trying Tales of Chumbles & Grim is a fun series set in Victorian era London (not unlike The Adventures of Sherlock Holmes). My main character, Professor Theophilus Grim, is sort of a mad scientist and inventor who hopes to make the world a better place through his clever inventions. During an effort to stop time altogether, Professor Grim is struck by the powerful fingers of electrical current emitted by his Time Termination Device. I think it’s a really fun cover and my favorite part is that Grim’s top hat has burst into flames.

The Trying Tales of Chumbles & Grim combines exciting Sci-Fi action and adventure with elements of fun steampunk style gadgets, and is great for ages 9 through adult.