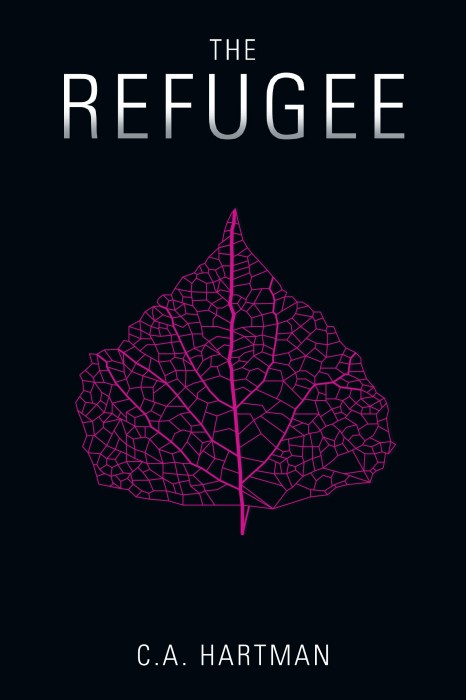 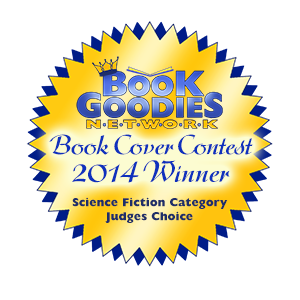 Comments about cover design
The cover’s leaf design represents a tattoo from the alien refugee in the story, and is the crest that differentiates his clan from the other clans. While the color and shape of the leaf itself won’t be explained until the 2nd book in the series, it does come from a tiny, moss-like, water-based plant on the alien planet. The plant has a unique magenta pigment that doesn’t exist on Earth, and which is used to create the ink for the tattoo.

I told Chris (the designer) what the tattoo should generally look like and sent him a few images of leaves and leaf tattoos as inspiration, and he took these vague ideas and hand-created this unique leaf design. Notice that the tattoo has no curved lines at all, giving it a more linear or futuristic feel.